This is the tale of a 19th-century citizen of Hartford, Connecticut who awakens to find himself inexplicably transported back in time to early medieval England at the time of the legendary King Arthur in AD 528. 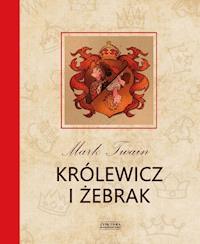 and a man is only at his best, morally, when he is equipped with the religious garment whose color and shape and size most nicely accommodate themselves to the spiritual complexion, angularities, and stature of the individual who wears

But as a perishable perfect man must die, and leave his despotism in the hands of an imperfect successor, an earthly despotism is not merely a bad form of government, it is the worst form that is possible.

The country is the real thing, the substantial thing, the eternal thing; it is the thing to watch over, and care for, and be loyal to; institutions are extraneous, they are its mere clothing, and clothing can wear out, become ragged, cease to be comfortable, cease to protect the body from winter, disease, and death.  To be loyal to rags, to shout for rags, to worship rags, to die for rags—that is a loyalty of unreason, it is pure animal; it belongs to monarchy, was invented by monarchy; let monarchy keep it.  I was from Connecticut, whose Constitution declares “that all political power is inherent in the people, and all free governments are founded on their authority and instituted for their benefit; and that they have at all times an undeniable and indefeasible right to alter their form of government in such a manner as they may think expedient.”

And when I saw her fling herself upon those hogs, with tears of joy running down her cheeks, and strain them to her heart, and kiss them, and caress them, and call them reverently by grand princely names, I was ashamed of her, ashamed of the human race.

“Take a rest, child; the way you are using up all the domestic air, the kingdom will have to go to importing it by to-morrow, and it’s a low enough treasury without that.”