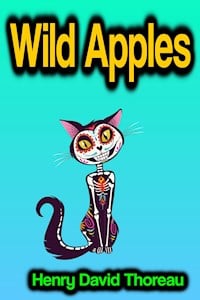 Wild Apples Henry David Thoreau - Wild Apples is a compilation of two classic philosophical nature essays by the great American naturalist and philosopher, Henry David Thoreau. I wish to speak a word for Nature, for absolute freedom and wildness, as contrasted with a freedom and culture merely civil--to regard man as an inhabitant, or a part and parcel of Nature, rather than a member of society. I wish to make an extreme statement, if so I may make an emphatic one, for there are enough champions of civilization: the minister and the school committee and every one of you will take care of that. Walking, or sometimes referred to as "The Wild", is a lecture by Henry David Thoreau first delivered at the Concord Lyceum on April 23, 1851. It was written between 1851 and 1860, but parts were extracted from his earlier journals. Thoreau read the piece a total of ten times, more than any other of his lectures. "Walking" was first published as an essay in the Atlantic Monthly after his death in 1862.[1] He considered it one of his seminal works, so much so, that he once wrote of the lecture, "I regard this as a sort of introduction to all that I may write hereafter." Walking is a Transcendental essay in which Thoreau talks about the importance of nature to mankind, and how people cannot survive without nature, physically, mentally, and spiritually, yet we seem to be spending more and more time entrenched by society. For Thoreau walking is a self-reflective spiritual act that occurs only when you are away from society, that allows you to learn about who you are, and find other aspects of yourself that have been chipped away by society. "Walking" is an important canon in the transcendental movement that would lay the foundation for his best known work, Walden. Along with Ralph Waldo Emerson's Nature, and George Perkins Marsh's Man and Nature, it has become one of the most important essays in the Transcendentalist movement. "Walking" The main theme is Nature. Thoreau is looking at nature, and how nature brings self-reflection through the act of walking, how nature represents the wild natural aspect to man that has been suppressed by society, and criticizing society and people who think society is everything, and lastly Thoreau is trying to push us towards exploration particularity in the west, because at the a time the United States was living under the idea of Manifest destiny that promised westward expansion to fulfill a duty to cultivate and civilize land, however, for Thoreau the west represents a different kind of future with new opportunities. 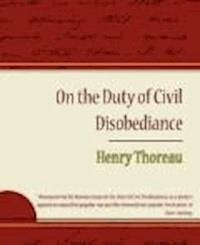 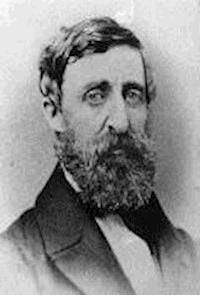 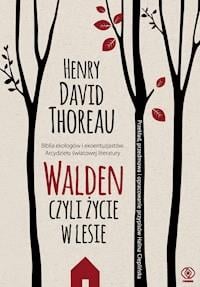 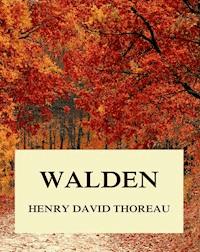 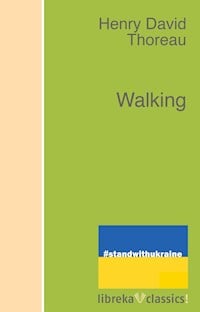 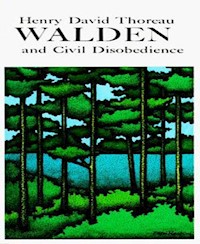 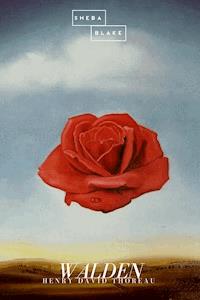 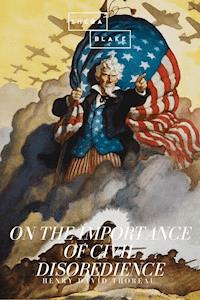 On the Importance of Civil Disobedience
Henry David Thoreau 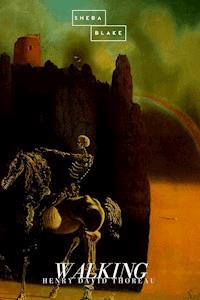 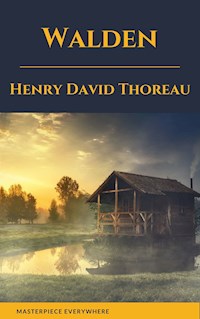 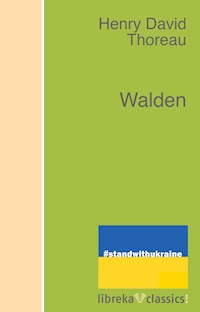 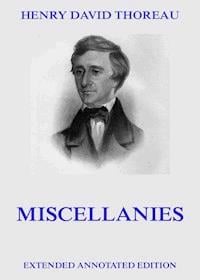 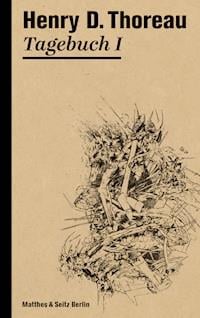 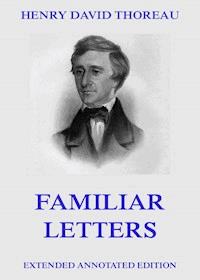 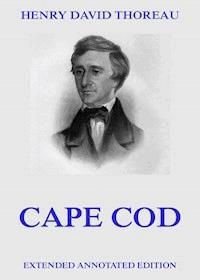 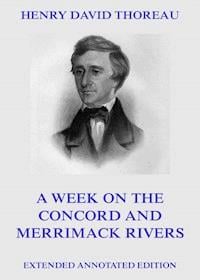 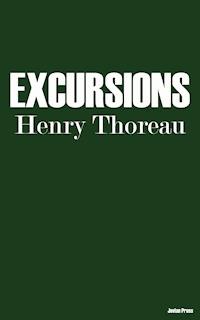 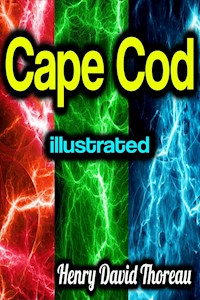 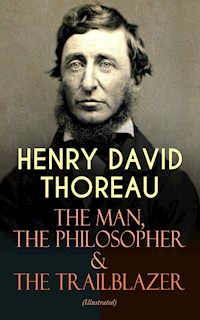 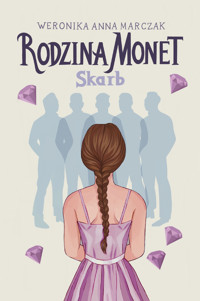 Quality of Life, Freedom, More time with the ones you Love.

THE HISTORY OF THE APPLE-TREE.

It is remarkable how closely the history of the Apple-tree is connected with that of man. The geologist tells us that the order of the Rosaceae, which includes the Apple, also the true Grasses, and the Labiatae, or Mints, were introduced only a short time previous to the appearance of man on the globe.

It appears that apples made a part of the food of that unknown primitive people whose traces have lately been found at the bottom of the Swiss lakes, supposed to be older than the foundation of Rome, so old that they had no metallic implements. An entire black and shrivelled Crab-Apple has been recovered from their stores.

Tacitus says of the ancient Germans that they satisfied their hunger with wild apples, among other things.

Niebuhr[1] observes that "the words for a house, a field, a plough, ploughing, wine, oil, milk, sheep, apples, and others relating to agriculture and the gentler ways of life, agree in Latin and Greek, while the Latin words for all objects pertaining to war or the chase are utterly alien from the Greek." Thus the apple-tree may be considered a symbol of peace no less than the olive.

The apple was early so important, and so generally distributed, that its name traced to its root in many languages signifies fruit in general. Maelon (Melon), in Greek, means an apple, also the fruit of other trees, also a sheep and any cattle, and finally riches in general.

The apple-tree has been celebrated by the Hebrews, Greeks, Romans, and Scandinavians. Some have thought that the first human pair were tempted by its fruit. Goddesses are fabled to have contended for it, dragons were set to watch it, and heroes were employed to pluck it.[2]

[2] The Greek myths especially referred to are The Choice of Paris and The Apples of the Hesperides.

The tree is mentioned in at least three places in the Old Testament, and its fruit in two or three more. Solomon sings, "As the apple-tree among the trees of the wood, so is my beloved among the sons." And again, "Stay me with flagons, comfort me with apples." The noblest part of man's noblest feature is named from this fruit, "the apple of the eye."

The apple-tree is also mentioned by Homer and Herodotus. Ulysses saw in the glorious garden of Alcinous "pears and pomegranates and apple-trees bearing beautiful fruit." And according to Homer, apples were among the fruits which Tantalus could not pluck, the wind ever blowing their boughs away from him. Theophrastus knew and described the apple-tree as a botanist.

According to the prose Edda,[3] "Iduna keeps in a box the apples which the gods, when they feel old age approaching, have only to taste of to become young again. It is in this manner that they will be kept in renovated youth until Ragnarok" (or the destruction of the Gods).

[3] The stories of the early Scandinavians.

I learn from Loudon[4] that "the ancient Welsh bards were rewarded for excelling in song by the token of the apple-spray;" and "in the Highlands of Scotland the apple-tree is the badge of the clan Lamont."

[4] An English authority on the culture of orchards and gardens.

The apple-tree belongs chiefly to the northern temperate zone. Loudon says, that "it grows spontaneously in every part of Europe except the frigid zone, and throughout Western Asia, China and Japan." We have also two or three varieties of the apple indigenous in North America. The cultivated apple-tree was first introduced into this country by the earliest settlers, and is thought to do as well or better here than anywhere else. Probably some of the varieties which are now cultivated were first introduced into Britain by the Romans.

Pliny, adopting the distinction of Theophrastus, says, "Of trees there are some which are altogether wild, some more civilized." Theophrastus includes the apple among the last; and, indeed, it is in this sense the most civilized of all trees. It is as harmless as a dove, as beautiful as a rose, and as valuable as flocks and herds. It has been longer cultivated than any other, and so is more humanized; and who knows but, like the dog, it will at length be no longer traceable to its wild original? It migrates with man, like the dog and horse and cow; first, perchance, from Greece to Italy, thence to England, thence to America; and our Western emigrant is still marching steadily toward the setting sun with the seeds of the apple in his pocket, or perhaps a few young trees strapped to his load. At least a million apple-trees are thus set farther westward this year than any cultivated ones grew last year. Consider how the Blossom-Week, like the Sabbath, is thus annually spreading over the prairies; for when man migrates he carries with him not only his birds, quadrupeds, insects, vegetables, and his very sward, but his orchard also.

The leaves and tender twigs are an agreeable food to many domestic animals, as the cow, horse, sheep, and goat; and the fruit is sought after by the first, as well as by the hog. Thus there appears to have existed a natural alliance between these animals and this tree from the first. "The fruit of the Crab in the forests of France" is said to be "a great resource for the wild boar."