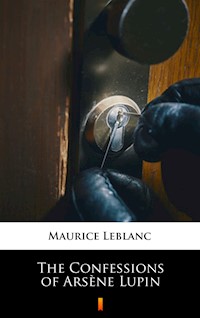 The Confessions of Arsène Lupin ebook

Originally published in 1913, this grippling collection of Lupin short stories presents more puzzling criminal involvements of the classic French hero-thief and his men. It has been a fortnight since the baroness Repstein disappeared from Paris, taking with her a fortune in jewels stolen from her husband. French detectives have chased her all over Europe, following the trail of gemstones like so many precious breadcrumbs, but she has eluded their efforts. When Arsene Lupin finds her, she will not escape so easily. In these thrilling stories, he uses his wit and courage to outsmart criminals, pull wool over the eyes of the French police, and solve terrifying mysteries, always making sure to pocket something for himself. 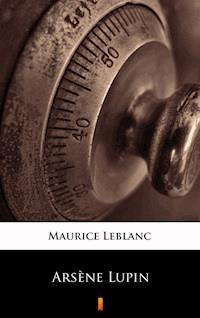 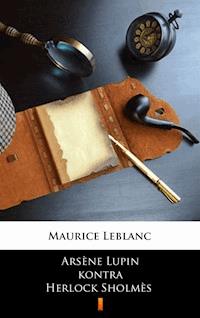 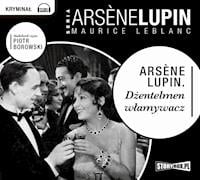 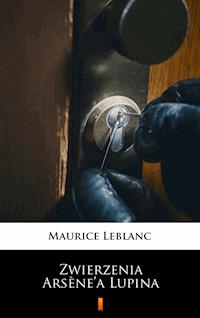 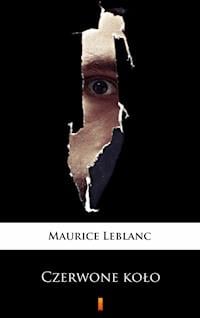 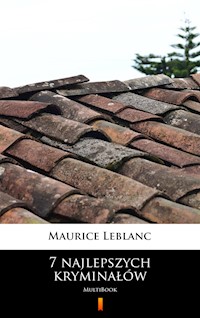 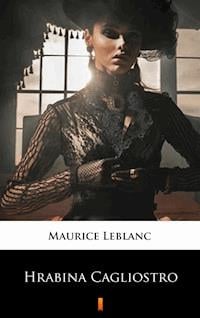 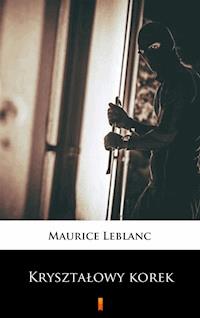 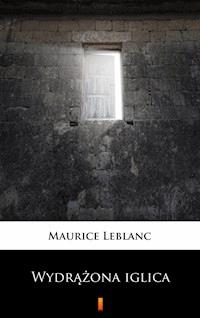 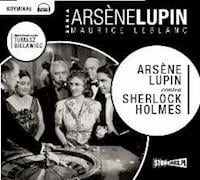 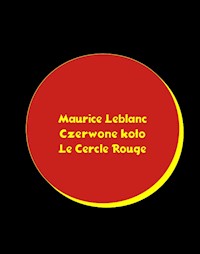 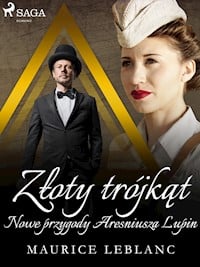 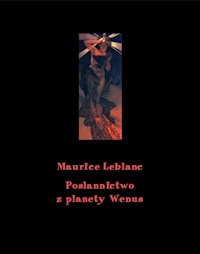 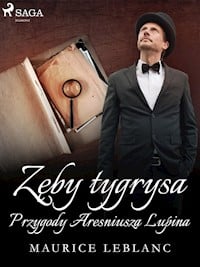 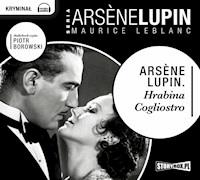 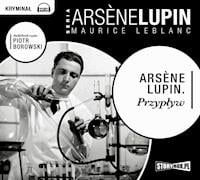 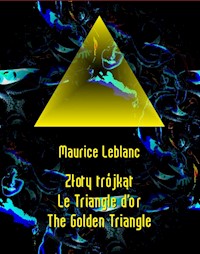 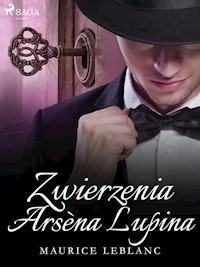 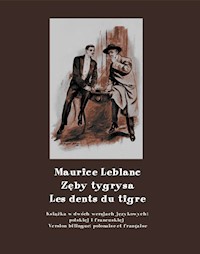 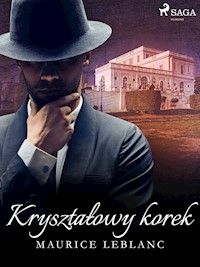 VII. A TRAGEDY IN THE FOREST OF MORGUES

“Lupin,” I said, “tell me something about yourself.”

“Why, what would you have me tell you? Everybody knows my life!” replied Lupin, who lay drowsing on the sofa in my study.

“Nobody knows it!” I protested. “People know from your letters in the newspapers that you were mixed up in this case, that you started that case. But the part which you played in it all, the plain facts of the story, the upshot of the mystery: these are things of which they know nothing.”

“Pooh! A heap of uninteresting twaddle!”

“What! Your present of fifty thousand francs to Nicolas Dugrival’s wife! Do you call that uninteresting? And what about the way in which you solved the puzzle of the three pictures?”

“Yes, that was a queer puzzle, certainly. I can suggest a title for you if you like: what do you say to The Sign of the Shadow?”

“And your successes in society and with the fair sex?” I continued. “The dashing Arsène’s love-affairs!... And the clue to your good actions? Those chapters in your life to which you have so often alluded under the names of The Wedding-ring, Shadowed by Death, and so on!... Why delay these confidences and confessions, my dear Lupin?... Come, do what I ask you!...”

It was at the time when Lupin, though already famous, had not yet fought his biggest battles; the time that preceded the great adventures of The Hollow Needle and 813. He had not yet dreamt of annexing the accumulated treasures of the French Royal House[A] nor of changing the map of Europe under the Kaiser’s nose[B]: he contented himself with milder surprises and humbler profits, making his daily effort, doing evil from day to day and doing a little good as well, naturally and for the love of the thing, like a whimsical and compassionate Don Quixote.

He was silent; and I insisted:

To my astonishment, he replied:

“Take a sheet of paper, old fellow, and a pencil.”

I obeyed with alacrity, delighted at the thought that he at last meant to dictate to me some of those pages which he knows how to clothe with such vigour and fancy, pages which I, unfortunately, am obliged to spoil with tedious explanations and boring developments.

He was now sitting up, with his eyes turned to the open window and his fingers rolling a Turkish cigarette. He continued:

He stopped. Then he went on:

And, after a pause:

Was he mad? I looked at him hard and, presently, I saw that his eyes were no longer listless, as they had been a little before, but keen and attentive and that they seemed to be watching, somewhere, in space, a sight that apparently captivated them.

Meanwhile, he dictated, with intervals between each number:

There was hardly anything to be seen through the window but a patch of blue sky on the right and the front of the building opposite, an old private house, whose shutters were closed as usual. There was nothing particular about all this, no detail that struck me as new among those which I had had before my eyes for years...

And suddenly I understood ... or rather I thought I understood, for how could I admit that Lupin, a man so essentially level-headed under his mask of frivolity, could waste his time upon such childish nonsense? What he was counting was the intermittent flashes of a ray of sunlight playing on the dingy front of the opposite house, at the height of the second floor!

The flash disappeared for a few seconds and then struck the house again, successively, at regular intervals, and disappeared once more.

I had instinctively counted the flashes and I said, aloud:

“Caught the idea? I congratulate you!” he replied, sarcastically.

He went to the window and leant out, as though to discover the exact direction followed by the ray of light. Then he came and lay on the sofa again, saying:

The fellow seemed so positive that I did as he told me. Besides, I could not help confessing that there was something rather curious about the ordered frequency of those gleams on the front of the house opposite, those appearances and disappearances, turn and turn about, like so many flash signals.

They obviously came from a house on our side of the street, for the sun was entering my windows slantwise. It was as though some one were alternately opening and shutting a casement, or, more likely, amusing himself by making sunlight flashes with a pocket-mirror.

“It’s a child having a game!” I cried, after a moment or two, feeling a little irritated by the trivial occupation that had been thrust upon me.

And I counted away... And I put down rows of figures... And the sun continued to play in front of me, with mathematical precision.

“Well?” said Lupin, after a longer pause than usual.

“Why, it seems finished... There has been nothing for some minutes...”

We waited and, as no more light flashed through space, I said, jestingly:

“My idea is that we have been wasting our time. A few figures on paper: a poor result!”

Lupin, without stirring from his sofa, rejoined:

“Oblige me, old chap, by putting in the place of each of those numbers the corresponding letter of the alphabet. Count A as 1, B as 2 and so on. Do you follow me?”

“Absolutely idiotic, but we do such a lot of idiotic things in this life... One more or less, you know!...”

I sat down to this silly work and wrote out the first letters:

I broke off in surprise:

And I went on and the next letters formed two more words, which I separated as they appeared. And, to my great amazement, a complete English sentence lay before my eyes.

“Done?” asked Lupin, after a time.

“Never mind those and read it out, please... Read slowly.”

Thereupon I read out the following unfinished communication, which I will set down as it appeared on the paper in front of me:

“Take no unnecessery risks. Above all, avoid atacks, approach ennemy with great prudance and...„

I began to laugh:

“And there you are! Fiat lux! We’re simply dazed with light! But, after all, Lupin, confess that this advice, dribbled out by a kitchen-maid, doesn’t help you much!”

Lupin rose, without breaking his contemptuous silence, and took the sheet of paper.

I remembered soon after that, at this moment, I happened to look at the clock. It was eighteen minutes past five.

Lupin was standing with the paper in his hand; and I was able at my ease to watch, on his youthful features, that extraordinary mobility of expression which baffles all observers and constitutes his great strength and his chief safeguard. By what signs can one hope to identify a face which changes at pleasure, even without the help of make-up, and whose every transient expression seems to be the final, definite expression?... By what signs? There was one which I knew well, an invariable sign: Two little crossed wrinkles that marked his forehead whenever he made a powerful effort of concentration. And I saw it at that moment, saw the tiny tell-tale cross, plainly and deeply scored.

He put down the sheet of paper and muttered:

He took a few steps up and down the room, lit a cigarette and said:

“You might ring up Baron Repstein, if you don’t mind, and tell him I shall be with him at ten o’clock this evening.”

“Baron Repstein?” I asked. “The husband of the famous baroness?”