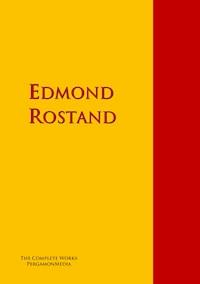 This comprehensive eBook presents the complete works or all the significant works - the Œuvre - of this famous and brilliant writer in one ebook - easy-to-read and easy-to-navigate: • Cyrano de Bergerac • L'Aiglon • The Romancers • Chantecler 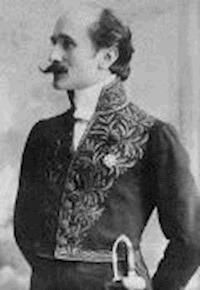 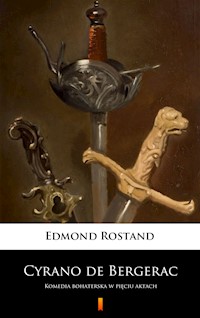 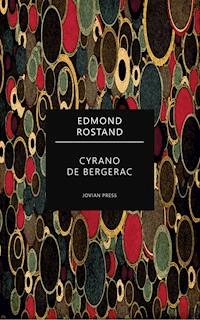 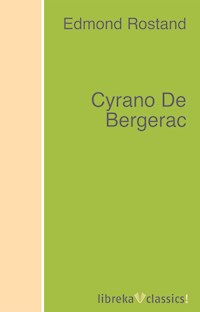 A Play in Five Acts

This etext was prepared by Sue Asscher

A Play in Five Acts

Translated from the French by Gladys Thomas and Mary F. Guillemard

A Representation at the Hotel de Bourgogne.

The hall of the Hotel de Bourgogne, in 1640. A sort of tennis-court arranged and decorated for a theatrical performance.

The hall is oblong and seen obliquely, so that one of its sides forms the back of the right foreground, and meeting the left background makes an angle with the stage, which is partly visible.

On both sides of the stage are benches. The curtain is composed of two tapestries which can be drawn aside. Above a harlequin's mantle are the royal arms. There are broad steps from the stage to the hall; on either side of these steps are the places for the violinists. Footlights.

Two rows, one over the other, of side galleries: the highest divided into boxes. No seats in the pit of the hall, which is the real stage of the theater; at the back of the pit, i.e., on the right foreground, some benches forming steps, and underneath, a staircase which leads to the upper seats. An improvised buffet ornamented with little lusters, vases, glasses, plates of tarts, cakes, bottles, etc.

The entrance to the theater is in the center of the background, under the gallery of the boxes. A large door, half open to let in the spectators. On the panels of this door, in different corners, and over the buffet, red placards bearing the words, 'La Clorise.'

At the rising of the curtain the hall is in semi-darkness, and still empty. The lusters are lowered in the middle of the pit ready to be lighted.

The public, arriving by degrees. Troopers, burghers, lackeys, pages, a pickpocket, the doorkeeper, etc., followed by the marquises. Cuigy, Brissaille, the buffet-girl, the violinists, etc.

(A confusion of loud voices is heard outside the door. A trooper enters hastily.)

THE DOORKEEPER (following him):Hollo! You there! Your money!

THE TROOPER: I enter gratis.

THE TROOPER: Why? I am of the King's Household Cavalry, 'faith!

THE DOORKEEPER (to another trooper who enters): And you?

SECOND TROOPER: I pay nothing.

THE DOORKEEPER: How so?

SECOND TROOPER: I am a musketeer.

FIRST TROOPER (to the second): The play will not begin till two. The pit is empty. Come, a bout with the foils to pass the time.

(They fence with the foils they have brought.)

ANOTHER (already there): Champagne?. . .

THE FIRST (showing him cards and dice which he takes from his doublet): See, here be cards and dice. (He seats himself on the floor): Let's play.

THE SECOND (doing the same): Good; I am with you, villain!

FIRST LACKEY (taking from his pocket a candle-end, which he lights, and sticks on the floor): I made free to provide myself with light at my master's expense!

A GUARDSMAN (to a shop-girl who advances): 'Twas prettily done to come before the lights were lit!

(He takes her round the waist.)

ONE OF THE FENCERS (receiving a thrust): A hit!

ONE OF THE CARD-PLAYERS: Clubs!

THE GUARDSMAN (following the girl): A kiss!

THE SHOP-GIRL (struggling to free herself): They're looking!

THE GUARDSMAN (drawing her to a dark corner): No fear! No one can see!

A MAN (sitting on the ground with others, who have brought their provisions): By coming early, one can eat in comfort.

A BURGHER (conducting his son): Let us sit here, son.

A MAN (taking a bottle from under his cloak, and also seating himself on the floor): A tippler may well quaff his Burgundy (he drinks): in the Burgundy Hotel!

THE BURGHER (to his son): 'Faith! A man might think he had fallen in a bad house here! (He points with his cane to the drunkard): What with topers! (One of the fencers in breaking off, jostles him): brawlers! (He stumbles into the midst of the card-players): gamblers!