A crime reporter with ESP tackles a double homicide. In a San Francisco apartment building, a young woman is found strangled beside a piano player with a broken neck. He's a nobody - a dreamer with little talent and no future - but she is Roberta Grinnel, daughter of one of the wealthiest men in the Bay Area. Stephen Drake, crime reporter for the Sentinel, feels nothing when he looks at their corpses, and this is a troubling fact. For Drake is a psychic, and when his sixth sense fails him, that means more trouble ahead. As Drake tries to come to grips with his cosmic gift, the mystery of the heiress and the piano player becomes the hottest story in town. To keep his gig at the paper, Drake will call on every source he has - on this plane and the astral one - but knowing danger's lurking doesn't guarantee he can stay out of its way. 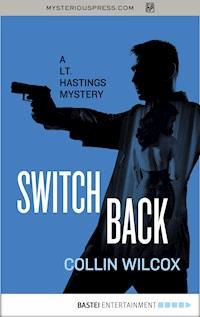 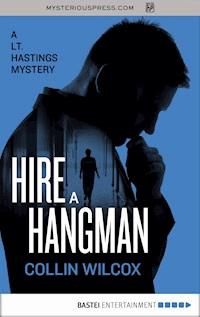 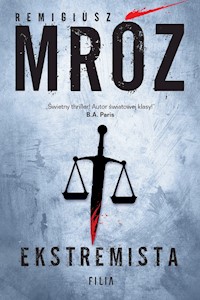 A crime reporter with ESP tackles a double homicide.

In a San Francisco apartment building, a young woman is found strangled beside a piano player with a broken neck. He’s a nobody - a dreamer with little talent and no future - but she is Roberta Grinnel, daughter of one of the wealthiest men in the Bay Area. Stephen Drake, crime reporter for the Sentinel, feels nothing when he looks at their corpses, and this is a troubling fact. For Drake is a psychic, and when his sixth sense fails him, that means more trouble ahead.

As Drake tries to come to grips with his cosmic gift, the mystery of the heiress and the piano player becomes the hottest story in town. To keep his gig at the paper, Drake will call on every source he has - on this plane and the astral one - but knowing danger’s lurking doesn’t guarantee he can stay out of its way.

Collin Wilcox (1924–1996) was an American author of mystery fiction. Born in Detroit, he set most of his work in San Francisco, beginning with 1967’s The Black Door - a noir thriller starring a crime reporter with extrasensory perception. Under the pen name Carter Wick, he published several standalone mysteries including The Faceless Man (1975) and Dark House, Dark Road (1982), but he found his greatest success under his own name, with the celebrated Frank Hastings series.

This book is dedicated to my parents

I SWITCHED OFF THE ignition, put the car in gear, and set the parking brake. Then, still sitting behind the wheel, I yawned, stretched, and wearily surveyed the familiar scene: squad cars and an unmarked cruiser parked with doors open and radios turned up … the large white van from the police lab … a reporter’s car with its press card propped in the windshield … and the coroner’s green station wagon, waiting.

As I flipped down my sun visor, displaying my own press card, I glanced at my watch—barely eight-thirty. Normally I would now be entering downtown police headquarters, headed for the press room and the coffee urn. This morning, though, the city desk had caught me just leaving my apartment. The information had been typically cryptic and concise: a young mother had apparently killed her two children, then had taken her own life. The address was in the Sunset District, San Francisco’s bastion of the middle class, where endless rows of stucco houses sloped gently down toward the ocean. As a boy, I had played not far from the scene of this crime. Pretending to be a cowboy, I had chased Indians among the endless sand dunes, dotted only occasionally with a wayward house and crisscrossed at improbable intervals by weedy streets that seemed to serve only the vacant, lonely dunes. Now, twenty years later, the dunes had disappeared.

As I walked up the sidewalk toward the front door, nodding to a familiar police sergeant, I automatically surveyed the house. It was a one-story tract home, probably about ten years old. Its pale pink paint was beginning to flake, and several of its imitation Spanish tiles were missing from an artificial roof cornice.

Not recognizing the uniformed policeman standing in bored solitude at the front door, I dug out my press card.

He nodded, indicating that I could open the front door and go inside.

As I turned the knob, I remembered that I’d only taken time for a cup of coffee on the way over. Two years ago, as a fledgling reporter, I’d made a similar mistake, becoming violently sick as I had gazed down with glazed eyes upon the partially dismembered victim of an ax murderer.

A detective lieutenant named Bancroft stood with one elbow resting at ease upon the low mantel over the fireplace. He was talking to Dan Kanter from the Afternoon Dispatch. As I entered, both men turned toward me.

Kanter, snorting and smiling, said, “The opposition has arrived,” His voice, as always, had a gruff, gritty quality, a distillation of the police reporter’s vintage boredom and habitual irony.

Returning Kanter’s smile but not his greeting, I withdrew my notebook and ball-point pen, looking expectantly at Bancroft. If Kanter was a stereotype, so was Bancroft—thickset, stolid, suspicious and conscientious. In the six weeks I’d been working for the Sentinel, Bancroft had probably come to faintly dislike me, in common with many of his colleagues in the Detective Bureau. Yet his expression was polite and his voice even as he said, “Apparently it happened last night, between midnight and four A.M. At least, that’s the medical examiner’s preliminary finding.”

“How were they killed?” I asked, sitting on a lumpy overstuffed chair and writing in the notebook.

The detective shrugged, spreading his hands.

“What were their names?”

“Estelle Wayne was the mother. Age twenty-nine. Employed as a part-time waitress. Divorced.”

“Is the husband around?”

“We don’t know.” His voice became faintly defensive as he added, “They were just discovered not more than two hours ago.”

“The boy was named Robert, age seven. The girl was—she was four. Her name was Kathy.”

I watched the detective’s dark, opaque eyes shift aside, and saw his throat constrict. I wondered whether he’d had his breakfast. He pointed to the back of the house.

“They’re—the bodies are back there, if you want to—” He let the sentence go unfinished.

I glanced at Kanter, who shook his head.

“You don’t have any idea of the motive?” I asked, ignoring the invitation.

“Well—” Bancroft hesitated, thinking about it. “According to the neighbors, the mother lost her job a couple of weeks ago because she couldn’t get along with the customers. She was a cocktail waitress, and apparently felt all the men were after her, which I gather they weren’t. Anyhow, she had to go on welfare, and for the last week she didn’t go out of the house. Didn’t let the kids out, either. The next-door neighbor, a Mrs. Cohen, said she offered to help, but Mrs. Wayne wouldn’t let her. She—Mrs. Wayne—said the kids both had colds, and she was keeping them home from school. She told the same thing to the school authorities, too. Then, just two days ago, Mrs. Cohen became worried and rang the doorbell again. For a long while Mrs. Wayne didn’t answer. Finally, though, she opened the door, just a crack. Mrs. Cohen said she looked terrible—feverish and wild-eyed, and wearing a filthy dressing gown. She mumbled something about everyone being against her, so she had to keep the doors locked and the shades drawn. Mrs. Cohen called her husband, at work, and Mr. Cohen called the welfare department. That was two days ago, as I said, and apparently the welfare department didn’t contact Mrs. Wayne. Then, early this morning, Mrs. Cohen thought she heard something—like shots. She tried to wake her husband, but couldn’t get him up. He said it was someone’s TV turned up too loud, or something. So Mrs. Cohen went back to sleep. But first thing this morning—about six—she got her husband out of bed and insisted he go over and knock on Mrs. Wayne’s door. According to Mrs. Cohen, she had some kind of a—a premonition that something was wrong. Anyhow, her husband couldn’t raise anyone, so he went around to the back yard. One of the window shades in the bedroom was torn, and he looked in.

“That was the bedroom,” Bancroft said. “The children’s bedroom.” He pointed once more to the back of the house. “That’s where they are—in the children’s bedroom. All three of them. The two kids are in bed, like they’re still sleeping. The mother is lying in the middle of the floor.”

By now, I’d finished writing. I slipped my notebook and ballpoint pen into my pocket, rose from the lumpy chair and looked around the room. The house was filthy with a kind of desperate, frenzied disarray. Children’s toys were mingled with dirty clothing, torn magazines and empty food cartons. I moved to the hallway. Only a pathway remained through the rubble. The hallway extended the length of the house to the kitchen, where food spilled from gaping drawers and the refrigerator door hung open. Something about the open refrigerator door seemed depressingly final, the seal of insanity.

Three doors opened off the hallway. One of the doors, half open, reflected the quick, pale light of flashbulbs. They were taking pictures back there and chalking the positions of the bodies. Soon, doubtless, the bodies would be removed. If this figured to be an important story, I was thinking, I would be compelled to view the bodies, for “color.” But an insane mother murdering her two children in a fit of paranoia was not uncommon. And, further, it was a story that would depress the reader instead of titillating him. At the most, the story would rate the lower left-hand corner of page one, without pictures.

It was five minutes to nine. I could phone in the details of the story, have a leisurely breakfast and get down to the office about ten-thirty. There was nothing more here.

I thanked Bancroft and turned toward the door. Kanter preceded me, his vast two hundred and fifty pounds filling the narrow doorway.

“You had breakfast?” Kanter asked as we walked toward our cars.

“I know a place on Clement and Thirty-fourth Avenue. We can phone in from there. They have good food, too.”

“Fine.” I got into my car and followed him.

I WATCHED KANTER EASE himself into his chair across the table. He sighed, puffed, and reached for the menu. His pleasure in the process was obvious. By all odds, Dan Kanter was the most knowledgeable, most perceptive, most literate crime reporter in northern California, perhaps because his detached cynicism was perfectly consistent and almost cheerfully impartial. At forty-five, a reporter for more than twenty years, Kanter had seen human depravity in all its countless guises. Nothing surprised him; nothing really moved him, at least during working hours. He observed everything and commented gratuitously on very little. His interest in the passing human scene was clinically indifferent. His only passion was food.

We ordered coffee first, then breakfast. Sipping his coffee, Kanter said, “You see your paper this morning?”