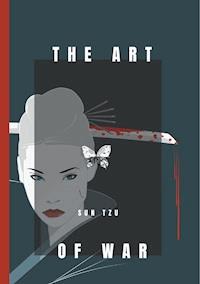 The T-Shirt for the Book: https://amzn.to/2PhJldV "The Art of War" is the Chinese classic par excellence. For more than 2,500 years, it has served as an inexhaustible source of inspiration for the right handling of conflict situations. The Chinese philosopher Sunzi / Sun Tzu (c. 500 B.C.) describes in his strategy guide steps to resolve disputes. He also helps in finding decisions. To this day, this book is required reading - not only in manager levels. "A clever fighter is one who not only wins, but excels in winning with ease." 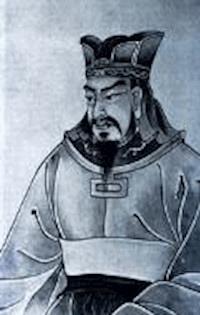 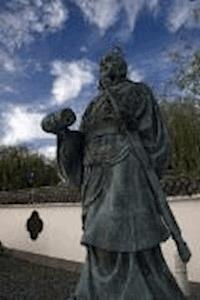 The Art of War
Niccolo Machiavelli

THE ARMY ON THE MARCH

THE ATTACK BY FIRE

THE USE OF SPIES

1. Sun Tzu said: The art of war is of vital importance to the State.

2. It is a matter of life and death, a road either to safety or to ruin. Hence it is a subject of inquiry which can on no account be neglected.

3. The art of war, then, is governed by five constant factors, to be taken into account in one's deliberations, when seeking to determine the conditions obtaining in the field.

5,6. The MORAL LAW causes the people to be in complete accord with their ruler, so that they will follow him regardless of their lives, undismayed by any danger.

8. EARTH comprises distances, great and small; danger and security; open ground and narrow passes; the chances of life and death.

9. The COMMANDER stands for the virtues of wisdom, sincerity, benevolence, courage and strictness.

10. By METHOD AND DISCIPLINE are to be understood the marshaling of the army in its proper subdivisions, the graduations of rank among the officers, the maintenance of roads by which supplies may reach the army, and the control of military expenditure.

12. Therefore, in your deliberations, when seeking to determine the military conditions, let them be made the basis of a comparison, in this wise:

13. (1) Which of the two sovereigns is imbued with the Moral law? (2) Which of the two generals has most ability? (3) With whom lie the advantages derived from Heaven and Earth? (4) On which side is discipline most rigorously enforced? (5) Which army is stronger? (6) On which side are officers and men more highly trained? (7) In which army is there the greater constancy both in reward and punishment?

14. By means of these seven considerations I can forecast victory or defeat.

16. While heeding the profit of my counsel, avail yourself also of any helpful circumstances over and beyond the ordinary rules.

17. According as circumstances are favorable, one should modify one's plans.

18. All warfare is based on deception.

20. Hold out baits to entice the enemy. Feign disorder, and crush him.

21. If he is secure at all points, be prepared for him. If he is in superior strength, evade him.

22. If your opponent is of choleric temper, seek to irritate him. Pretend to be weak, that he may grow arrogant.

23. If he is taking his ease, give him no rest. If his forces are united, separate them.

24. Attack him where he is unprepared, appear where you are not expected.

25. These military devices, leading to victory, must not be divulged beforehand.

1. Sun Tzu said: In the operations of war, where there are in the field a thousand swift chariots, as many heavy chariots, and a hundred thousand mail-clad soldiers, with provisions enough to carry them a thousand LI, the expenditure at home and at the front, including entertainment of guests, small items such as glue and paint, and sums spent on chariots and armor, will reach the total of a thousand ounces of silver per day. Such is the cost of raising an army of 100,000 men.

2. When you engage in actual fighting, if victory is long in coming, then men's weapons will grow dull and their ardor will be damped. If you lay siege to a town, you will exhaust your strength.

3. Again, if the campaign is protracted, the resources of the State will not be equal to the strain.

4. Now, when your weapons are dulled, your ardor damped, your strength exhausted and your treasure spent, other chieftains will spring up to take advantage of your extremity. Then no man, however wise, will be able to avert the consequences that must ensue.

5. Thus, though we have heard of stupid haste in war, cleverness has never been seen associated with long delays.

6. There is no instance of a country having benefited from prolonged warfare.

7. It is only one who is thoroughly acquainted with the evils of war that can thoroughly understand the profitable way of carrying it on.

8. The skillful soldier does not raise a second levy, neither are his supply-wagons loaded more than twice.

9. Bring war material with you from home, but forage on the enemy. Thus the army will have food enough for its needs.

10. Poverty of the State exchequer causes an army to be maintained by contributions from a distance. Contributing to maintain an army at a distance causes the people to be impoverished.

11. On the other hand, the proximity of an army causes prices to go up; and high prices cause the people's substance to be drained away.

12. When their substance is drained away, the peasantry will be afflicted by heavy exactions.

13,14. With this loss of substance and exhaustion of strength, the homes of the people will be stripped bare, and three-tenths of their income will be dissipated; while government expenses for broken chariots, worn-out horses, breastplates and helmets, bows and arrows, spears and shields, protective mantles, draught-oxen and heavy wagons, will amount to four-tenths of its total revenue.