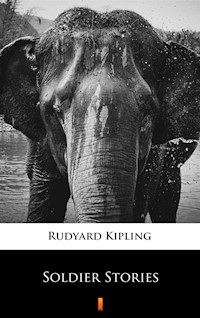 Three Soldiers is a collection of short stories by Rudyard Kipling. Three soldiers of this title - Leroid, Mulvani and Orteris, who also previously appeared in the collection "Simple Tales from the Hills." Books reveal the side of British Tommy in Afghanistan, rarely seen in the Twilight of the British Empire. The soldiers comment on their improvements, act fools, but right against the backdrop of the wars in the Middle East, when the British began to weaken their imperial possessions, they begin to act directly. 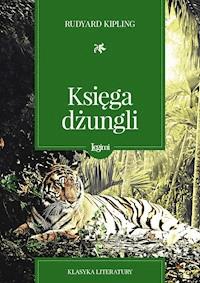 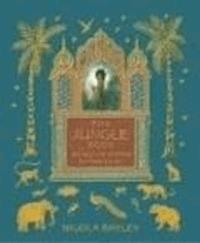 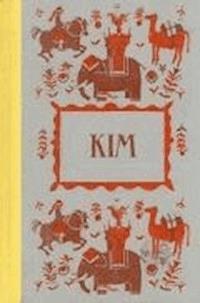 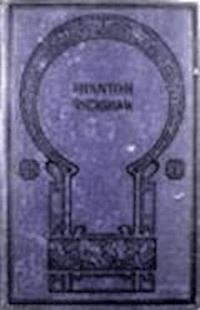 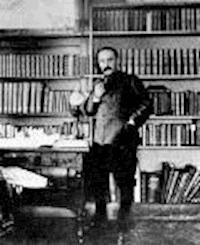 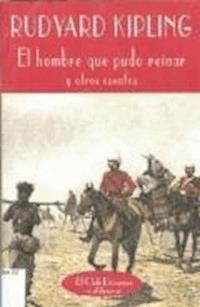 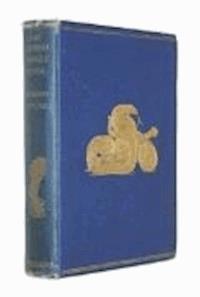 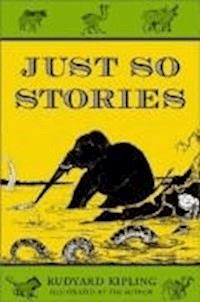 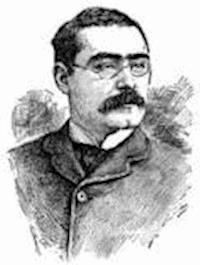 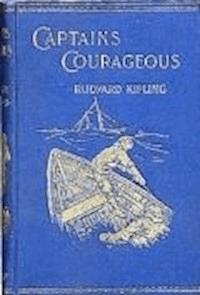 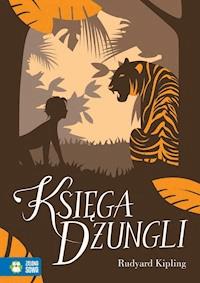 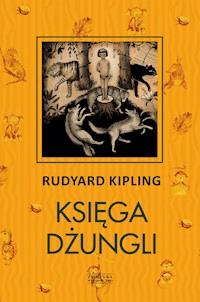 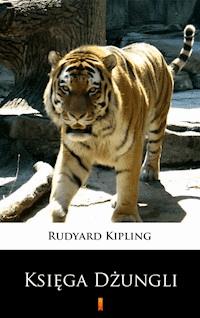 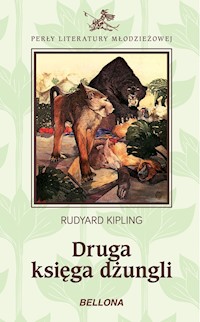 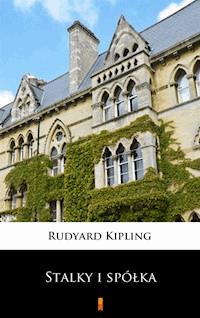 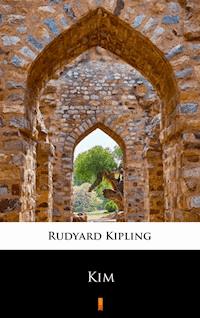 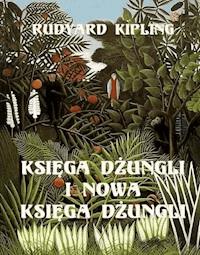 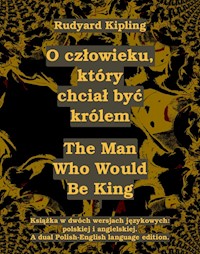 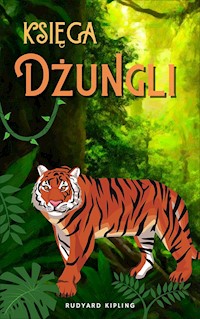 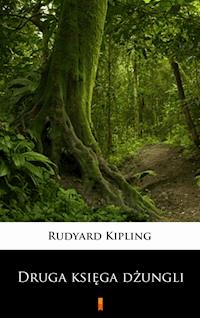 With the Main Guard

The Drums of the Fore and Aft

The Man who was

The Courting of Dinah Shadd

The Incarnation of Krishna Mulvaney

The Madness of Private Ortheris

WITH THE MAIN GUARD

‘Mary, Mother av Mercy, fwhat the divil possist us to take an’ kape this melancolious counthry? Answer me that, Sorr.’

It was Mulvaney who was speaking. The time was one o’clock of a stifling June night, and the place was the main gate of Fort Amara, most desolate and least desirable of all fortresses in India. What I was doing there at that hour is a question which only concerns M’Grath the Sergeant of the Guard, and the men on the gate.

‘Slape,’ said Mulvaney, ‘is a shuparfluous necessity. This gyard’ll shtay lively till relieved.’ He himself was stripped to the waist; Learoyd on the next bedstead was dripping from the skinful of water which Ortheris, clad only in white trousers, had just sluiced over his shoulders; and a fourth private was muttering uneasily as he dozed open-mouthed in the glare of the great guard-lantern. The heat under the bricked archway was terrifying.

‘The worrst night that iver I remimber. Eyah! Is all Hell loose this tide?’ said Mulvaney. A puff of burning wind lashed through the wicket-gate like a wave of the sea, and Ortheris swore.

‘Are ye more heasy, Jock?’ he said to Learoyd. ‘Put yer ‘ead between your legs. It’ll go orf in a minute.’

‘Ah don’t care. Ah would not care, but ma heart is plaayin’ tivvy-tivvy on ma ribs. Let me die! Oh, leave me die!’ groaned the huge Yorkshireman, who was feeling the heat acutely, being of fleshly build.

The sleeper under the lantern roused for a moment and raised himself on his elbow.–‘Die and be damned then!’ he said. ‘I'm damned and I can’t die!’

‘Who’s that?’ I whispered, for the voice was new to me.

‘Gentleman born,’ said Mulvaney; ‘Corp’ril wan year, Sargint nex’. Red-hot on his C’mission, but dhrinks like a fish. He’ll be gone before the cowld weather’s here. So!’

He slipped his boot, and with the naked toe just touched the trigger of his Martini. Ortheris misunderstood the movement, and the next instant the Irishman’s rifle was dashed aside, while Ortheris stood before him, his eyes blazing with reproof.

‘Kape quiet, little man,’ said Mulvaney, putting him aside, but very gently; ‘'tis not me, nor will ut be me whoile Dinah Shadd’s here. I was but showin’ something.’

Learoyd, bowed on his bedstead, groaned, and the gentleman-ranker sighed in his sleep. Ortheris took Mulvaney’s tendered pouch, and we three smoked gravely for a space while the dust-devils danced on the glacis and scoured the red-hot plain.

‘Don’t tantalise wid talkin’ av dhrink, or I’ll shtuff you into your own breech-block an’–fire you off!’ grunted Mulvaney.

Ortheris chuckled, and from a niche in the veranda produced six bottles of gingerade.

‘Where did ye get ut, ye Machiavel?’ said Mulvaney. ‘'Tis no bazar pop.’

‘Ye’ll have a Disthrict Coort-Martial settin’ on ye yet, me son,’ said Mulvaney, ‘but’–he opened a bottle–‘I will not report ye this time. Fwhat’s in the mess-kid is mint for the belly, as they say, ‘specially whin that mate is dhrink. Here’s luck! A bloody war or a–no, we’ve got the sickly season. War, thin!’–he waved the innocent ‘pop’ to the four quarters of heaven. ‘Bloody war! North, East, South, an’ West! Jock, ye quackin’ hayrick, come an’ dhrink.’

But Learoyd, half mad with the fear of death presaged in the swelling veins of his neck, was begging his Maker to strike him dead, and fighting for more air between his prayers. A second time Ortheris drenched the quivering body with water, and the giant revived.

The hollow of the arch gave back Learoyd’s broken whisper in a bass boom. Mulvaney looked at me hopelessly, but I remembered how the madness of despair had once fallen upon Ortheris, that weary, weary afternoon in the banks of the Khemi River, and how it had been exorcised by the skilful magician Mulvaney.

‘Talk, Terence!’ I said, ‘or we shall have Learoyd slinging loose, and he’ll be worse than Ortheris was. Talk! He’ll answer to your voice.’

Almost before Ortheris had deftly thrown all the rifles of the guard on Mulvaney’s bedstead, the Irishman’s voice was uplifted as that of one in the middle of a story, and, turning to me, he said:–

‘In barricks or out of it, as you say, Sorr, an Oirish rig’mint is the divil an’ more. ’Tis only fit for a young man wid eddicated fisteses. Oh the crame av disruption is an Oirish rig’mint, an’ rippin’, tearin’, ragin’ scattherers in the field av war! My first rig’mint was Oirish–Faynians an’ rebils to the heart av their marrow was they, an’ so they fought for the Widdy betther than most, bein’ contrairy–Oirish. They was the Black Tyrone. You’ve heard av thim, Sorr?’

Heard of them! I knew the Black Tyrone for the choicest collection of unmitigated blackguards, dog-stealers, robbers of hen-roosts, assaulters of innocent citizens, and recklessly daring heroes in the Army List. Half Europe and half Asia has had cause to know the Black Tyrone–good luck be with their tattered Colours as Glory has ever been!

‘They was hot pickils an’ ginger! I cut a man’s head tu deep wid my belt in the days av my youth, an’, afther some circumstances which I will oblitherate, I came to the Ould Rig’mint, bearin’ the character av a man wid hands an’ feet. But, as I was goin’ to tell you, I fell acrost the Black Tyrone agin wan day whin we wanted thim powerful bad. Orth’ris, me son, fwhat was the name av that place where they sint wan comp’ny av us an’ wan av the Tyrone roun’ a hill an’ down again, all for to tache the Paythans something they’d niver learned before? Afther Ghuzni ‘twas.’

‘Don’t know what the bloomin’ Paythans called it. We called it Silver’s Theayter. You know that, sure!’

‘Silver’s Theatre–so ‘twas. A gut betune two hills, as black as a bucket, an’ as thin as a girl’s waist. There was over-many Paythans for our convaynience in the gut, an’ begad they called thimselves a Reserve–bein’ impident by natur’! Our Scotchies an’ lashins av Gurkys was poundin’ into some Paythan rig’ments, I think ‘twas. Scotchies and Gurkys are twins bekaze they’re so onlike, an’ they get dhrunk together when God plazes. As I was sayin’, they sint wan comp’ny av the Ould an’ wan av the Tyrone to double up the hill an’ clane out the Paythan Reserve. Orf’cers was scarce in thim days, fwhat wid dysintry an’ not takin’ care av thimselves, an’ we was sint out wid only wan orf’cer for the comp’ny; but he was a Man that had his feet beneath him, an’ all his teeth in their sockuts.’