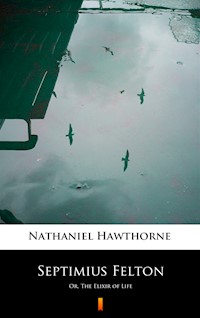 Septimius Felton. Or, The Elixir of Life ebook

Septimus Felton talks about the thirst for eternal life. Gothic, and sometimes irresistible, is the last book of this author. He changes the roles of the characters and spreads the story, which becomes mysterious and ambiguous. Inside the novel is a story about a bleeding shadow, like a collection of what is in the book. 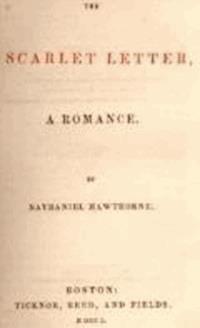 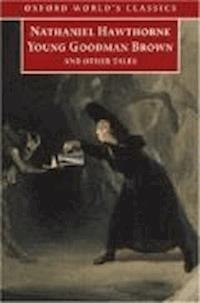 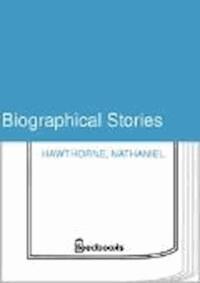 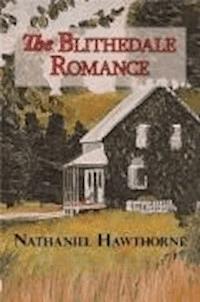 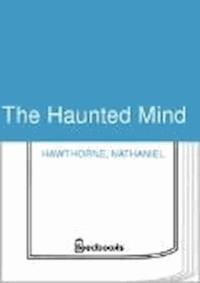 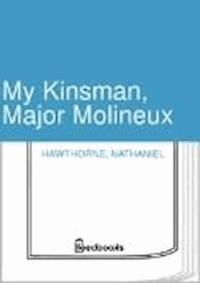 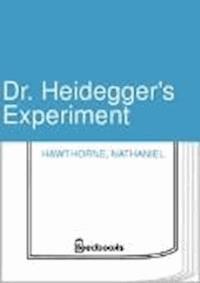 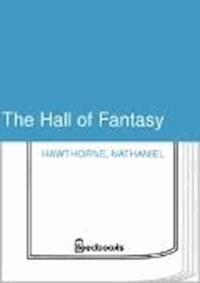 The Hall of Fantasy
Nathaniel Hawthorne 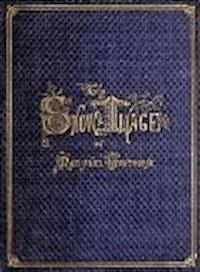 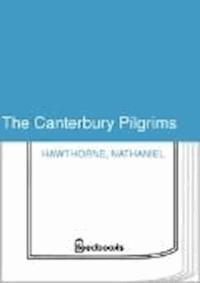 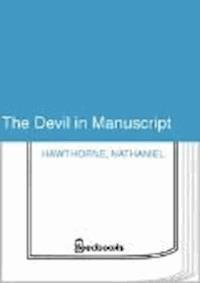 The Devil in Manuscript
Nathaniel Hawthorne 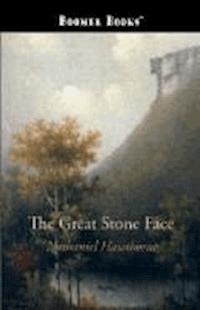 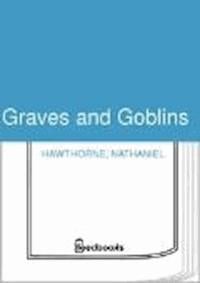 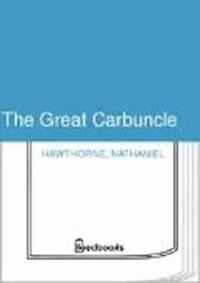 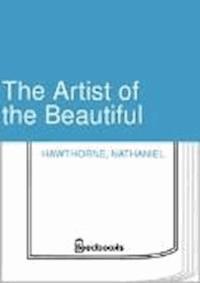 The Artist of the Beautiful
Nathaniel Hawthorne 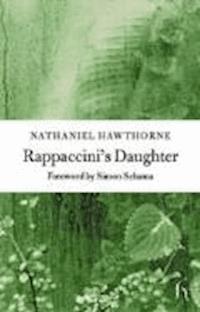 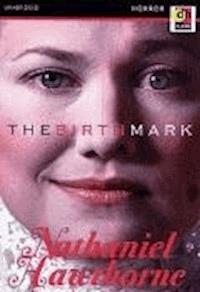 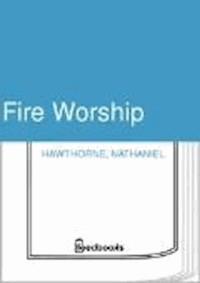 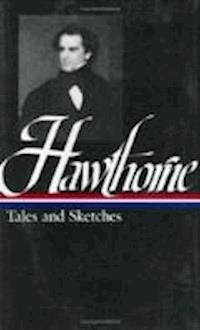 The following story is the last written by my father. It is printed as it was found among his manuscripts. I believe it is a striking specimen of the peculiarities and charm of his style, and that it will have an added interest for brother artists, and for those who care to study the method of his composition, from the mere fact of its not having received his final revision. In any case, I feel sure that the retention of the passages within brackets (e. g. p. 253), which show how my father intended to amplify some of the descriptions and develop more fully one or two of the character studies, will not be regretted by appreciative readers. My earnest thanks are due to Mr. Robert Browning for his kind assistance and advice in interpreting the manuscript, otherwise so difficult to me.

It was a day in early spring; and as that sweet, genial time of year and atmosphere calls out tender greenness from the ground,–beautiful flowers, or leaves that look beautiful because so long unseen under the snow and decay,–so the pleasant air and warmth had called out three young people, who sat on a sunny hill-side enjoying the warm day and one another. For they were all friends: two of them young men, and playmates from boyhood; the third, a girl, who, two or three years younger than themselves, had been the object of their boy-love, their little rustic, childish gallantries, their budding affections; until, growing all towards manhood and womanhood, they had ceased to talk about such matters, perhaps thinking about them the more.

These three young people were neighbors’ children, dwelling in houses that stood by the side of the great Lexington road, along a ridgy hill that rose abruptly behind them, its brow covered with a wood, and which stretched, with one or two breaks and interruptions, into the heart of the village of Concord, the county town. It was in the side of this hill that, according to tradition, the first settlers of the village had burrowed in caverns which they had dug out for their shelter, like swallows and woodchucks. As its slope was towards the south, and its ridge and crowning woods defended them from the northern blasts and snow-drifts, it was an admirable situation for the fierce New England winter; and the temperature was milder, by several degrees, along this hill-side than on the unprotected plains, or by the river, or in any other part of Concord. So that here, during the hundred years that had elapsed since the first settlement of the place, dwellings had successively risen close to the hill’s foot, and the meadow that lay on the other side of the road–a fertile tract–had been cultivated; and these three young people were the children’s children’s children of persons of respectability who had dwelt there,–Rose Garfield, in a small house, the site of which is still indicated by the cavity of a cellar, in which I this very past summer planted some sunflowers to thrust their great disks out from the hollow and allure the bee and the humming-bird; Robert Hagburn, in a house of somewhat more pretension, a hundred yards or so nearer to the village, standing back from the road in the broader space which the retreating hill, cloven by a gap in that place, afforded; where some elms intervened between it and the road, offering a site which some person of a natural taste for the gently picturesque had seized upon. Those same elms, or their successors, still flung a noble shade over the same old house, which the magic hand of Alcott has improved by the touch that throws grace, amiableness, and natural beauty over scenes that have little pretension in themselves.

Now, the other young man, Septimius Felton, dwelt in a small wooden house, then, I suppose, of some score of years’ standing,–a two-story house, gabled before, but with only two rooms on a floor, crowded upon by the hill behind,–a house of thick walls, as if the projector had that sturdy feeling of permanence in life which incites people to make strong their earthly habitations, as if deluding themselves with the idea that they could still inhabit them; in short, an ordinary dwelling of a well-to-do New England farmer, such as his race had been for two or three generations past, although there were traditions of ancestors who had led lives of thought and study, and possessed all the erudition that the universities of England could bestow. Whether any natural turn for study had descended to Septimius from these worthies, or how his tendencies came to be different from those of his family,–who, within the memory of the neighborhood, had been content to sow and reap the rich field in front of their homestead,–so it was, that Septimius had early manifested a taste for study. By the kind aid of the good minister of the town he had been fitted for college; had passed through Cambridge by means of what little money his father had left him and by his own exertions in school-keeping; and was now a recently decorated baccalaureate, with, as was understood, a purpose to devote himself to the ministry, under the auspices of that reverend and good friend whose support and instruction had already stood him in such stead.

Now here were these young people, on that beautiful spring morning, sitting on the hill-side, a pleasant spectacle of fresh life,–pleasant, as if they had sprouted like green things under the influence of the warm sun. The girl was very pretty, a little freckled, a little tanned, but with a face that glimmered and gleamed with quick and cheerful expressions; a slender form, not very large, with a quick grace in its movements; sunny hair that had a tendency to curl, which she probably favored at such moments as her household occupation left her; a sociable and pleasant child, as both of the young men evidently thought. Robert Hagburn, one might suppose, would have been the most to her taste; a ruddy, burly young fellow, handsome, and free of manner, six feet high, famous through the neighborhood for strength and athletic skill, the early promise of what was to be a man fit for all offices of active rural life, and to be, in mature age, the selectman, the deacon, the representative, the colonel. As for Septimius, let him alone a moment or two, and then they would see him, with his head bent down, brooding, brooding, his eyes fixed on some chip, some stone, some common plant, any commonest thing, as if it were the clew and index to some mystery; and when, by chance startled out of these meditations, he lifted his eyes, there would be a kind of perplexity, a dissatisfied, foiled look in them, as if of his speculations he found no end. Such was now the case, while Robert and the girl were running on with a gay talk about a serious subject, so that, gay as it was, it was interspersed with little thrills of fear on the girl’s part, of excitement on Robert’s. Their talk was of public trouble.

“My grandfather says,” said Rose Garfield, “that we shall never be able to stand against old England, because the men are a weaker race than he remembers in his day,–weaker than his father, who came from England,–and the women slighter still; so that we are dwindling away, grandfather thinks; only a little sprightlier, he says sometimes, looking at me.”

“Lighter, to be sure,” said Robert Hagburn; “there is the lightness of the Englishwomen compressed into little space. I have seen them and know. And as to the men, Rose, if they have lost one spark of courage and strength that their English forefathers brought from the old land,–lost any one good quality without having made it up by as good or better,–then, for my part, I don’t want the breed to exist any longer. And this war, that they say is coming on, will be a good opportunity to test the matter. Septimius! Don’t you think so?”

“Think what?” asked Septimius, gravely, lifting up his head.