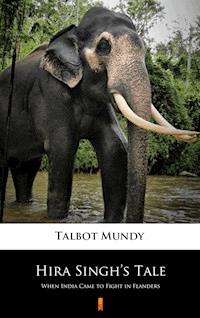 This story continues the picturesque and interesting novels of Munda about Raj and the inhabitants of the Indian subcontinent. If you like to read the British thriller of the early 1900s, you will surely be content with this novel. As you read it, you will understand how Mundi relates to the ancient world of harlots, Greeks, Romans and Cleopatra. 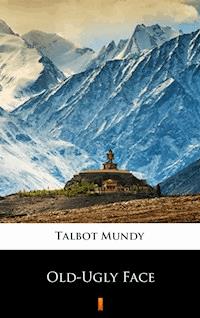 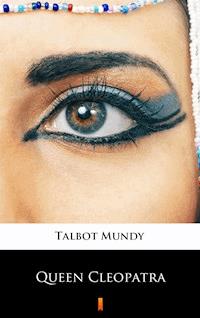 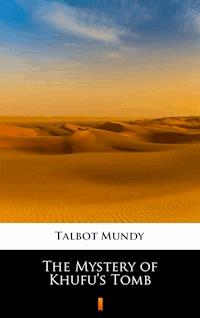 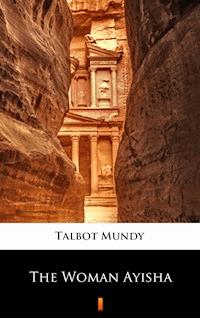 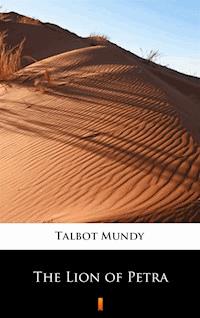 The Lion of Petra
Talbot Mundy 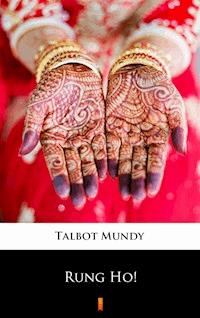 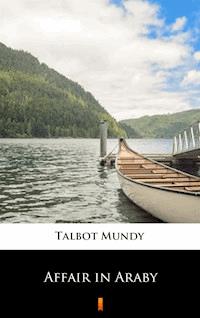 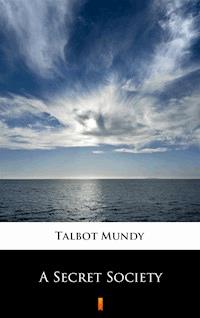 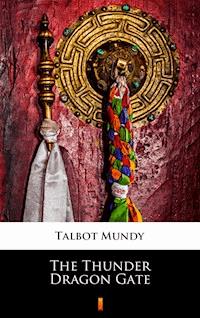 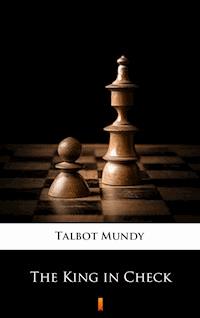 The King in Check
Talbot Mundy 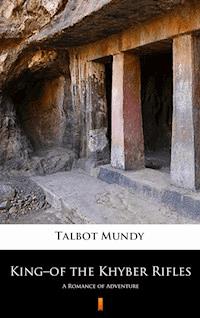 King–of the Khyber Rifles. A Romance of Adventure
Talbot Mundy 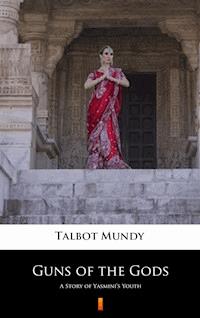 Guns of the Gods. A Story of Yasmini’s Youth
Talbot Mundy 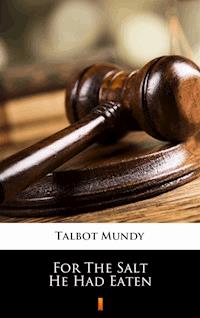 For The Salt He Had Eaten
Talbot Mundy 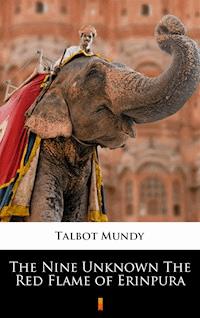 The Nine Unknown The Red Flame of Erinpura
Talbot Mundy 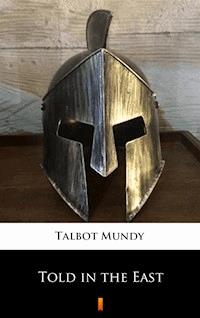 Told in the East
Talbot Mundy 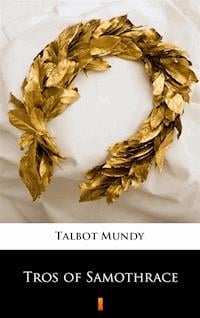 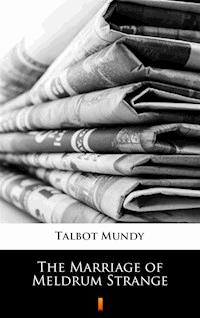 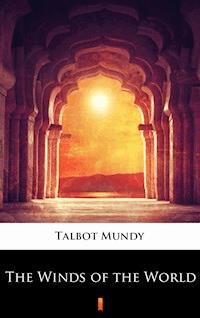 The Winds of the World
Talbot Mundy 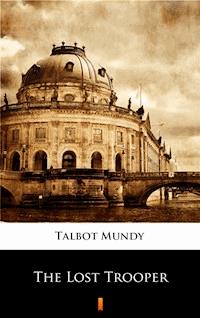 I take leave to dedicate this book to Mr. Elmer Davis, through whose friendly offices I was led to track down the hero of these adventures and to find the true account of them even better than the daily paper promised.

Had Ranjoor Singh and his men been Mohammedans their accomplishment would have been sufficiently wonderful. For Sikhs* to attempt what they carried through, even under such splendid leadership as Ranjoor Singh’s, was to defy the very nth degree of odds. To have tried to tell the tale otherwise than in Hira Singh’s own words would have been to varnish gold. Amid the echoes of the roar of the guns in Flanders, the world is inclined to overlook India’s share in it all and the stout proud loyalty of Indian hearts. May this tribute to the gallant Indian gentlemen who came to fight our battles serve to remind its readers that they who give their best, and they who take, are one.

“One hundred Indian troops of the British Army have arrived at Kabul, Afghanistan, after a four months’ march from Constantinople. The men were captured in Flanders by the Germans and were sent to Turkey in the hope that, being Mohammedans, they might join the Turks. But they remained loyal to Great Britain and finally escaped, heading for Afghanistan. They now intend to join their regimental depot in India, so it is reported.”New York Times, July, 1915

Let a man, an arrow, and an answer each go straight. Each is his own witness. God is judge. –Eastern Proverb.

A SIKH who must have stood about six feet without his turban–and only imagination knows how stately he was with it–loomed out of the violet mist of an Indian morning and scrutinized me with calm brown eyes. His khaki uniform, like two of the medal ribbons on his breast, was new, but nothing else about him suggested rawness. Attitude, grayness, dignity, the unstudied strength of his politeness, all sang aloud of battles won. Battles with himself they may have been–but they were won.

I began remembering ice-polished rocks that the glaciers once dropped along Maine valleys, when his quiet voice summoned me back to India and the convalescent camp beyond whose outer gate I stood. Two flags on lances formed the gate and the boundary line was mostly imaginary; but one did not trespass, because at about the point where vision no longer pierced the mist there stood a sentry, and the grounding of a butt on gravel and now and then a cough announced others beyond him again.

“I have permission,” I said, “to find a certain Risaldar*-Major Ranjoor Singh, and to ask him questions.”

He smiled. His eyes, betraying nothing but politeness, read the very depths of mine.

“Has the sahib* credentials?” he asked. So I showed him the permit covered with signatures that was the one scrap of writing left in my possession after several searchings.

“Thank you,” he said gravely. “There were others who had no permits. Will you walk with me through the camp?”

That was new annoyance, for with such a search as I had in mind what interest could there be in a camp for convalescent Sikhs? Tents pitched at intervals–a hospital marquee–a row of trees under which some of the wounded might sit and dream the day through-these were all things one could imagine without journeying to India. But there was nothing to do but accept, and I walked beside him, wishing I could stride with half his grace.

“There are no well men here,” he told me. “Even the heavy work about the camp is done by convalescents.”

“Then why are you here?” I asked, not trying to conceal admiration for his strength and stature.

“I, too, am not yet quite recovered.”

“From what?” I asked, impudent because I felt desperate. But I drew no fire.

“I do not know the English name for my complaint,” he said. (But he spoke English better than I, he having mastered it, whereas I was only born to its careless use.)

“How long do you expect to remain on the sick list?” I asked, because a woman once told me that the way to make a man talk is to seem to be interested in himself.

He showed me about the camp, and we came to a stand at last under the branches of an enormous mango tree. Early though it was, a Sikh non- commissioned officer was already sitting propped against the trunk with his bandaged feet stretched out in front of him–a peculiar attitude for a Sikh.

“That one knows English,” my guide said, nodding. And making me a most profound salaam, he added: “Why not talk with him? I have duties. I must go.”

The officer turned away, and I paid him the courtesy due from one man to another. It shall always be a satisfying memory that I raised my hat to him and that he saluted me.

“What is that officer’s name?” I asked, and the man on the ground seemed astonished that I did not know.

For a second I was possessed by the notion of running after him, until I recalled that he had known my purpose from the first and that therefore his purpose must have been deliberate. Obviously, I would better pursue the opportunity that in his own way He had given me.

“What is your name?” I asked the man on the ground.

“Hira Singh,” he answered, and at that I sat down beside him. For I had also heard of Hira Singh.

He made quite a fuss at first because, he said, the dusty earth beneath a tree was no place for a sahib. But suddenly he jumped to the conclusion I must be American, and ceased at once to be troubled about my dignity. On the other hand, he grew perceptibly less distant. Not more friendly, perhaps, but less guarded.

“You have talked with Sikhs in California?” he asked, and I nodded.

“Then you have heard lies, sahib. I know the burden of their song. A bad Sikh and a bad Englishman alike resemble rock torn loose. The greater the height from which they fall, the deeper they dive into the mud. Which is the true Sikh, he who marched with us or he who abuses us? Yet I am told that in America men believe what hired Sikhs write for the German papers.

“No man hired me, sahib, although one or two have tried. When I came of age I sought acceptance in the army, and was chosen among many. When my feet are healed I shall return to duty. I am a true Sikh. If the sahib cares to listen, I will tell him truth that has not been written in the papers.”

So, having diagnosed my nationality and need, he proceeded to tell me patiently things that many English are in the dark about, both because of the censorship and because of the prevailing superstition that the English resent being told–he stabbing and sweeping at the dust with a broken twig and making little heaps and dents by way of illustration,–I sitting silent, brushing away the flies.

Day after day I sought him soon after dawn when they were rolling up the tent-flaps. I shared the curry and chapatis* that a trooper brought to him at noon, and I fetched water for him to drink from time to time. It was dusk each day before I left him, so that, what with his patience and my diligence, I have been able to set down the story as he told it, nearly in his own words.

But of Risaldar-major Ranjoor Singh bahadur in the flesh, I have not had another glimpse. I went in search of him the very first evening, only to learn that he had “passed his medical” that afternoon and had returned at once to active service.