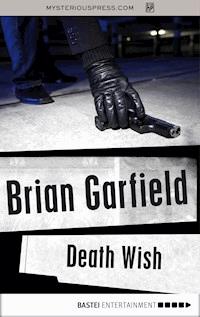 In the wake of a chilling attack, an ordinary man decides to take revenge. When his wife and daughter are attacked in their home, Paul Benjamin is enjoying a three-martini lunch. A professional man, soft around the middle, Paul lives happily isolated from the rougher side of New York City. As he nurses his gin headache, a call comes from his son-in-law asking him to come to the hospital. In a few hours, his world will collapse around him. As Paul slurped down his lunchtime gin, drug addicts broke into his cozy Upper West Side apartment. For a handful of money, they savagely beat Paul's wife and daughter, leaving his wife dead and his daughter comatose. After his shock wears off, and Paul realizes the police department is helpless, his thoughts turn to revenge - not just for him, but for every decent family broken by the dark forces of society. 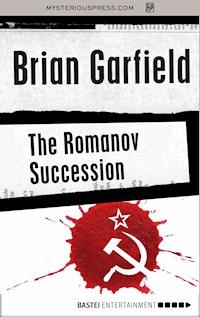 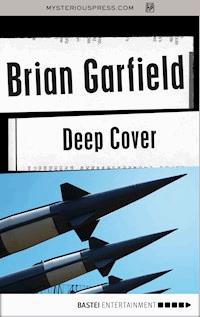 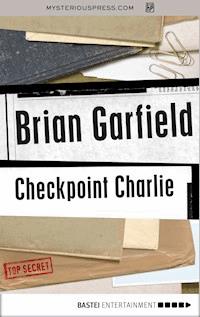 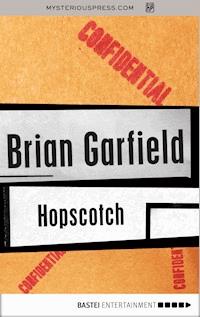 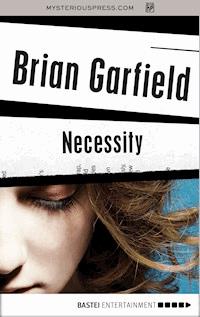 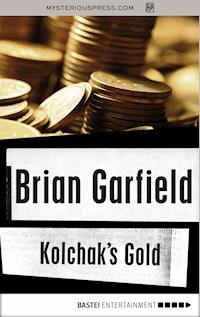 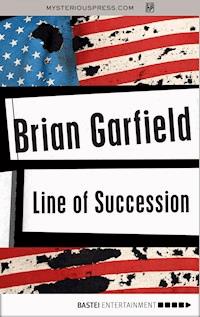 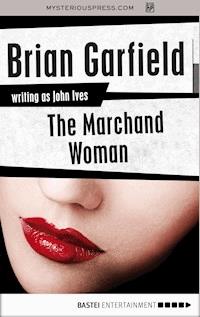 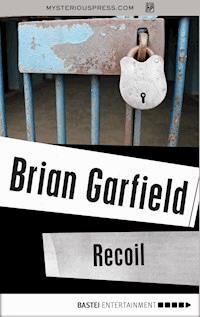 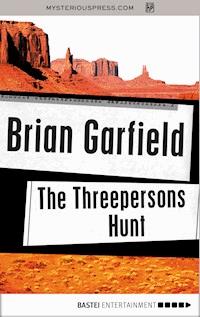 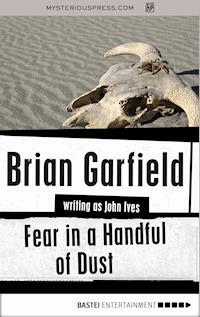 Fear in a Handful of Dust
Brian Garfield 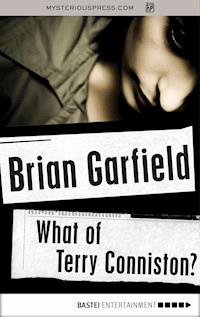 What of Terry Conniston?
Brian Garfield 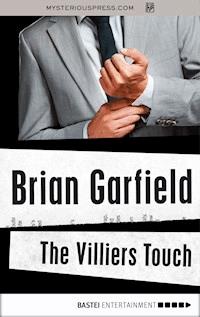 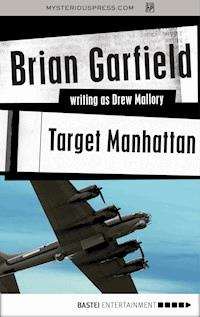 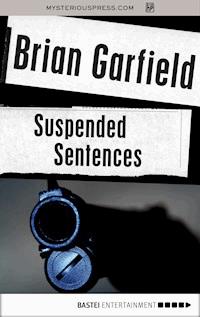 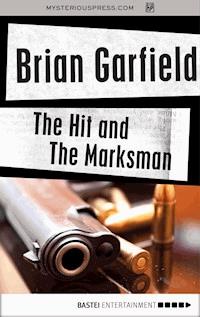 The Hit and The Marksman
Brian Garfield 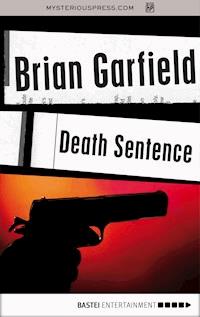 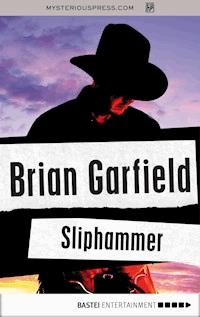 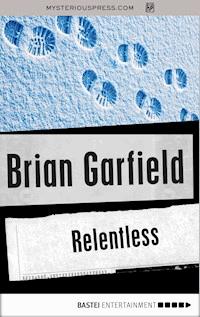 In the wake of a chilling attack, an ordinary man decides to take revenge.

When his wife and daughter are attacked in their home, Paul Benjamin is enjoying a three-martini lunch. A professional man, soft around the middle, Paul lives happily isolated from the rougher side of New York City. As he nurses his gin headache, a call comes from his son-in-law asking him to come to the hospital. In a few hours, his world will collapse around him.

As Paul slurped down his lunchtime gin, drug addicts broke into his cozy Upper West Side apartment. For a handful of money, they savagely beat Paul’s wife and daughter, leaving his wife dead and his daughter comatose. After his shock wears off, and Paul realizes the police department is helpless, his thoughts turn to revenge - not just for him, but for every decent family broken by the dark forces of society.

The author of more than seventy books, Brian Garfield (b. 1939) is one of the country’s most prolific writes of thrillers, westerns and other genre fiction. Raised in Arizona, Garfield found success at an early age, publishing his first novel when he was only eighteen. After time in the Army, a few years touring with a jazz band, and a Master’s Degree from the University of Arizona, he settled into writing full time.

Later he worked out where he had been at the time of the attack on Esther and Carol.

It must have been a few minutes after the lunch broke up. It had been a bibulous meeting with the clients and Paul had felt the effect of the gibsons. A trifle unsteady, he had come outside with Sam Kreutzer and they had ambushed a cab at Fifty-fifth Street. Going down Seventh Avenue they had got caught in the jam in upper Times Square and Paul remembered half choking on the blurted noxious gases of a bus beside the cab. It must have happened right about then: the police placed the time of the attack at two-forty.

The middle of a torpid day. Tourists and hookers moved along the curbs empty-eyed in wilted clothing. On the corners men in sooty T-shirts sold toys and belts. Ordinarily you couldn’t see the pollution working on your lungs so you ignored it; but the fumes from the bus started Paul coughing and that brought on a taut gin headache. He rubbed his eyes.

Sam Kreutzer lit up. “It’s getting so you don’t dare breathe anything that hasn’t been filtered through a cigarette.” Blew smoke at his match. “Christ, will you look at that monstrosity.”

Concrete and plastic on the site of the old Astor Hotel. “I’ll meet you at the Astor Bar,” Sam Kreutzer said musingly, and it stirred Paul’s recollection.

“A God damn shame. The politicians complain about vandalism while they’re tearing down historic monuments to make room for those egg-crates.”

The cab jerked forward and made half a block. Paul said, “How’s the house-hunting?”

“No progress. We spent the weekend looking in Westchester.”

“Maybe you ought to try looking farther out.”

“I couldn’t stand a long commute. But we’re starting to think about renting a house—maybe Leonia or Fort Lee. Anything to get out of Manhattan. We should’ve done it years ago.” Sam tapped his knee. “You and Esther ought to do the same thing. Why stay here when you don’t have to go on living in a war zone?”

“We tried it once,” Paul said and made a negative gesture with his hand, turning it over.

Above the 42nd Street roofs the sun was weak and watery through vapors, too frail to burn the eye. “You’re a nut,” Sam said. “You think you can tell me with a straight face you still love the city—but I’d like to hear you explain why.”

“If you need to have it explained you won’t understand it anyway.”

“I used to know a priest who used that argument to prove the existence of God.”

“Well, it made sense to the priest because he didn’t need proof.”

“Yeah.” Very dry. Sam flashed his keyboard-length rows of teeth under the flimsy mustache he had grown on vacation and was planning, he said vaguely, to shave off. It gave him a rakish look; he was a thin slothful Minnesotan who in eight years with the firm had assimilated all the New York styles: sideburns obscured his ears, his hair fluffed out fashionably in the back, he wore flared striped suits and modish loud ties and he had learned the accepted litanies of outspoken disrespect for every Establishment value. All that, and he would never be a New Yorker. You can’t take the small town out of the boy.

The cab driver was edging frantically to the left to make the left turn off Broadway into Forty-second.

“Look at this mess.” Sam waved his cigarette at Times Square, the crowds, the traffic. “It just doesn’t make sense any more. You can’t get a guy on the phone because he’s always in a taxi stuck in a traffic jam on his way to a meeting. The phone system’s no good, the mails don’t get through.”

Sam threw his hands up helplessly; he enjoyed exposition. “The sanitation trucks grind down my street in the middle of the night like Sherman tanks with busted mufflers and they spend a Goddamned hour slamming garbage cans around right under the window. If we get a snowstorm it takes them a week to clean the streets. It’s madness. Only one answer to it.”

Paul smiled a little. “All right, since you obviously want me to feed you your line. What’s the answer to it?”

“Only one solution to it. Abolish the environment. There won’t be anything left to pollute.”

Paul gave it the polite chuckle it deserved.

Sam said, “You pay for private schools for the kids. You pay for private security guards on the door. You pay out money and flesh to burglars and muggers. You write off your freedom of movement after sundown. And so on and so forth.” He looked at Paul in alarm. “Christ, what am I doing here?”

“Making a living,” Paul drawled. “And reciting the standard catechism of complaints just like the rest of us.”

“Well, at least I’m not carrying it one step beyond that into your lunatic extreme of liberal goodness.”

“You’re a Goddamned bleeding-heart, Paul, do you know that? You and Esther actually go out into the wilderness and do things. Look at those hideous pinholes in your lapel—what was that, your Lindsay campaign button or your Support Prison Reform badge?”

“Somebody’s got to give a damn,” Paul said.

He had been with the accounting firm of Ives, Gregson & Co. long enough to rate a window office on the Lexington Avenue side of the eighteenth floor with his name in gilt lettering on the door’s frosted pane: Paul R. Benjamin. It was a small room with a deep carpet and pushbutton phone. The air conditioner purred faintly. He settled into the chair with relief and chewed up two aspirins. Gremlins had filled his In box again but he didn’t reach for it immediately. He sat absorbing comfort from the monolithic massiveness of the office and the elderly Graybar Building which contained it: there was certainty, permanence, solidity.

Thelma buzzed Bill Dundee into the office. Paul didn’t get up or offer to shake hands; they never did.

“Hot,” Dundee said by way of greeting. He was plump and shiny, the hair carefully combed across the baldness of bis pink scalp. Spherical enough to appear boneless. In the beginning Paul had taken him for a heavy-handed and painfully sincere paperwork man, but the air of unsophistication was a ruse and there was a sly sense of humor inside. It was evident now. Dundee had a look of satisfaction, almost glee. “I’ve gone to war.”