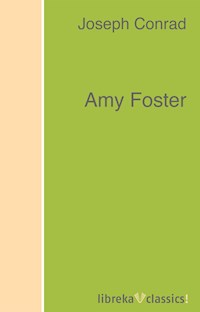 Amy Foster by Joseph Conrad libreka classics – These are classics of literary history, reissued and made available to a wide audience. Immerse yourself in well-known and popular titles! 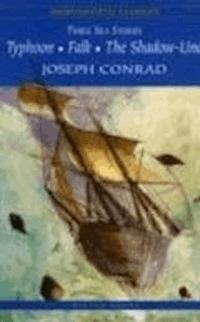 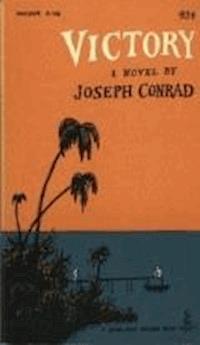 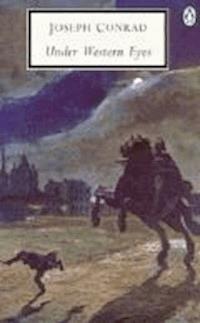 Kennedy is a country doctor, and lives in Colebrook, on the shores of Eastbay. The high ground rising abruptly behind the red roofs of the little town crowds the quaint High Street against the wall which defends it from the sea. Beyond the sea-wall there curves for miles in a vast and regular sweep the barren beach of shingle, with the village of Brenzett standing out darkly across the water, a spire in a clump of trees; and still further out the perpendicular column of a lighthouse, looking in the distance no bigger than a lead pencil, marks the vanishing-point of the land. The country at the back of Brenzett is low and flat, but the bay is fairly well sheltered from the seas, and occasionally a big ship, windbound or through stress of weather, makes use of the anchoring ground a mile and a half due north from you as you stand at the back door of the "Ship Inn" in Brenzett. A dilapidated windmill near by lifting its shattered arms from a mound no loftier than a rubbish heap, and a Martello tower squatting at the water's edge half a mile to the south of the Coastguard cottages, are familiar to the skippers of small craft. These are the official seamarks for the patch of trustworthy bottom represented on the Admiralty charts by an irregular oval of dots enclosing several figures six, with a tiny anchor engraved among them, and the legend "mud and shells" over all.

The brow of the upland overtops the square tower of the Colebrook Church. The slope is green and looped by a white road. Ascending along this road, you open a valley broad and shallow, a wide green trough of pastures and hedges merging inland into a vista of purple tints and flowing lines closing the view.

In this valley down to Brenzett and Colebrook and up to Darnford, the market town fourteen miles away, lies the practice of my friend Kennedy. He had begun life as surgeon in the Navy, and afterwards had been the companion of a famous traveller, in the days when there were continents with unexplored interiors. His papers on the fauna and flora made him known to scientific societies. And now he had come to a country practice—from choice. The penetrating power of his mind, acting like a corrosive fluid, had destroyed his ambition, I fancy. His intelligence is of a scientific order, of an investigating habit, and of that unappeasable curiosity which believes that there is a particle of a general truth in every mystery.

A good many years ago now, on my return from abroad, he invited me to stay with him. I came readily enough, and as he could not neglect his patients to keep me company, he took me on his rounds—thirty miles or so of an afternoon, sometimes. I waited for him on the roads; the horse reached after the leafy twigs, and, sitting in the dogcart, I could hear Kennedy's laugh through the half-open door left open of some cottage. He had a big, hearty laugh that would have fitted a man twice his size, a brisk manner, a bronzed face, and a pair of grey, profoundly attentive eyes. He had the talent of making people talk to him freely, and an inexhaustible patience in listening to their tales.

One day, as we trotted out of a large village into a shady bit of road, I saw on our left hand a low, black cottage, with diamond panes in the windows, a creeper on the end wall, a roof of shingle, and some roses climbing on the rickety trellis-work of the tiny porch. Kennedy pulled up to a walk. A woman, in full sunlight, was throwing a dripping blanket over a line stretched between two old apple-trees. And as the bobtailed, long-necked chestnut, trying to get his head, jerked the left hand, covered by a thick dog-skin glove, the doctor raised his voice over the hedge: "How's your child, Amy?"

I had the time to see her dull face, red, not with a mantling blush, but as if her flat cheeks had been vigorously slapped, and to take in the squat figure, the scanty, dusty brown hair drawn into a tight knot at the back of the head. She looked quite young. With a distinct catch in her breath, her voice sounded low and timid.

We trotted again. "A young patient of yours," I said; and the doctor, flicking the chestnut absently, muttered, "Her husband used to be."

"She seems a dull creature," I remarked listlessly.