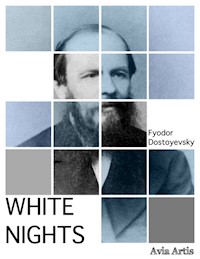 White Nights - a short story by Fyodor Dostoyevsky, a Russian novelist, philosopher and short story writer. Many literary critics rate him as one of the greatest psychological novelists in world literature.

Like many of Dostoyevsky's stories, "White Nights" is told in the first person by a nameless narrator. The narrator is a young man living in Saint Petersburg who suffers from loneliness. He gets to know and falls in love with a young woman, but the love remains unrequited. 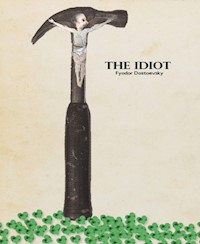 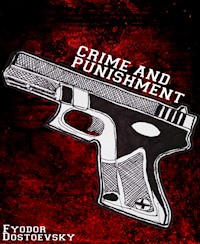 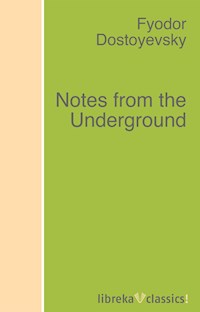 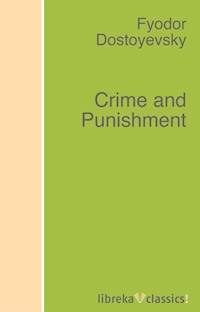 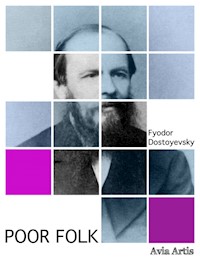 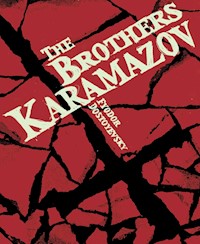 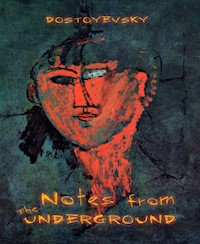 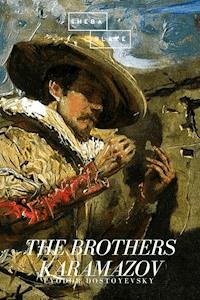 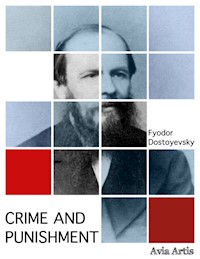 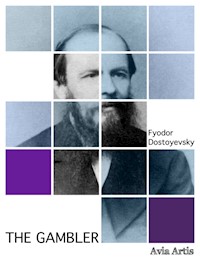 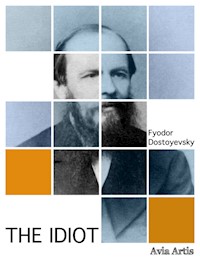 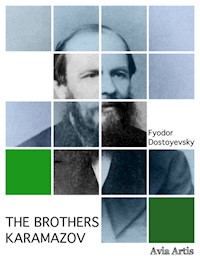 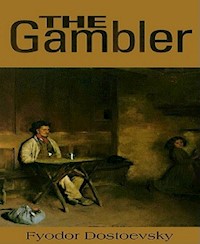 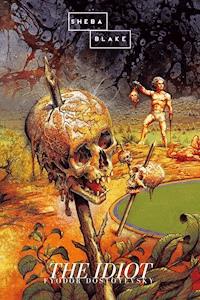 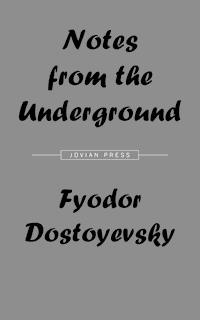 It was a wonderful night, such a night as is only possible when we are young, dear reader. The sky was so starry, so bright that, looking at it, one could not help asking oneself whether ill-humoured and capricious people could live under such a sky. That is a youthful question too, dear reader, very youthful, but may the Lord put it more frequently into your heart! . . . Speaking of capricious and ill-humoured people, I cannot help recalling my moral condition all that day. From early morning I had been oppressed by a strange despondency. It suddenly seemed to me that I was lonely, that every one was forsaking me and going away from me. Of course, anyone is entitled to ask who "everyone" was. For though I had been living almost eight years in Petersburg I had hardly an acquaintance. But what did I want with acquaintances? I was acquainted with all Petersburg as it was; that was why I felt as though they were all deserting me when all Petersburg packed up and went to its summer villa. I felt afraid of being left alone, and for three whole days I wandered about the town in profound dejection, not knowing what to do with myself. Whether I walked in the Nevsky, went to the Gardens or sauntered on the embankment, there was not one face of those I had been accustomed to meet at the same time and place all the year. They, of course, do not know me, but I know them. I know them intimately, I have almost made a study of their faces, and am delighted when they are gay, and downcast when they are under a cloud. I have almost struck up a friendship with one old man whom I meet every blessed day, at the same hour in Fontanka. Such a grave pensive countenance; he is always whispering to himself and brandishing his left arm, while in his right hand he holds a long gnarled stick with a gold knob. He even notices me and takes a warm interest in me. If I happen not to be at a certain time in the same spot in Fontanka, I am certain he feels disappointed. That is how it is that we almost bow to each other, especially when we are both in good humour. The other day when we had not seen each other for two days and met on the third, we were actually touching our hats, but, realising in time, dropped our hands and passed each other with a look of interest.

I know the houses too. As I walk along they seem to run forward in the streets to look out at me from every window, and almost to say: "Good-morning! How do you do? I am quite well, thank God, and I am to have a new storey in May," or, "How are you? I am being redecorated tomorrow"; or, "I was almost burnt down and had such a fright," and so on. I have my favourites among them, some are dear friends; one of them intends to be treated by an architect this summer. I shall go every day on purpose to see that the operation is not a failure. God forbid! But I shall never forget an incident with a very pretty little house of a light pink colour. It was such a charming little brick house, it looked so hospitably at me, and so proudly at its ungainly neighbours, that my heart rejoiced whenever I happened to pass it. Suddenly last week I walked along the street, and when I looked at my friend I heard a plaintive, "They are painting me yellow!" The villains! The barbarians! They had spared nothing, neither columns, nor cornices, and my poor little friend was as yellow as a canary. It almost made me bilious. And to this day I have not had the courage to visit my poor disfigured friend, painted the colour of the Celestial Empire.

So now you understand, reader, in what sense I am acquainted with all Petersburg.

I have mentioned already that I had felt worried for three whole days before I guessed the cause of my uneasiness. And I felt ill at ease in the street—this one had gone and that one had gone, and what had become of the other?—and at home I did not feel like myself either. For two evenings I was puzzling my brains to think what was amiss in my corner; why I felt so uncomfortable in it. And in perplexity I scanned my grimy green walls, my ceiling covered with a spider's web, the growth of which Matrona has so successfully encouraged. I looked over all my furniture, examined every chair, wondering whether the trouble lay there (for if one chair is not standing in the same position as it stood the day before, I am not myself). I looked at the window, but it was all in vain … I was not a bit the better for it! I even bethought me to send for Matrona, and was giving her some fatherly admonitions in regard to the spider's web and sluttishness in general; but she simply stared at me in amazement and went away without saying a word, so that the spider's web is comfortably hanging in its place to this day. I only at last this morning realised what was wrong. Aie! Why, they are giving me the slip and making off to their summer villas! Forgive the triviality of the expression, but I am in no mood for fine language … for everything that had been in Petersburg had gone or was going away for the holidays; for every respectable gentleman of dignified appearance who took a cab was at once transformed, in my eyes, into a respectable head of a household who after his daily duties were over, was making his way to the bosom of his family, to the summer villa; for all the passers-by had now quite a peculiar air which seemed to say to every one they met: "We are only here for the moment, gentlemen, and in another two hours we shall be going off to the summer villa." If a window opened after delicate fingers, white as snow, had tapped upon the pane, and the head of a pretty girl was thrust out, calling to a street-seller with pots of flowers—at once on the spot I fancied that those flowers were being bought not simply in order to enjoy the flowers and the spring in stuffy town lodgings, but because they would all be very soon moving into the country and could take the flowers with them. What is more, I made such progress in my new peculiar sort of investigation that I could distinguish correctly from the mere air of each in what summer villa he was living. The inhabitants of Kamenny and Aptekarsky Islands or of the Peterhof Road were marked by the studied elegance of their manner, their fashionable summer suits, and the fine carriages in which they drove to town. Visitors to Pargolovo and places further away impressed one at first sight by their reasonable and dignified air; the tripper to Krestovsky Island could be recognised by his look of irrepressible gaiety. If I chanced to meet a long procession of waggoners walking lazily with the reins in their hands beside waggons loaded with regular mountains of furniture, tables, chairs, ottomans and sofas and domestic utensils of all sorts, frequently with a decrepit cook sitting on the top of it all, guarding her master's property as though it were the apple of her eye; or if I saw boats heavily loaded with household goods crawling along the Neva or Fontanka to the Black River or the Islands—the waggons and the boats were multiplied tenfold, a hundredfold, in my eyes. I fancied that everything was astir and moving, everything was going in regular caravans to the summer villas. It seemed as though Petersburg threatened to become a wilderness, so that at last I felt ashamed, mortified and sad that I had nowhere to go for the holidays and no reason to go away. I was ready to go away with every waggon, to drive off with every gentleman of respectable appearance who took a cab; but no one—absolutely no one—invited me; it seemed they had forgotten me, as though really I were a stranger to them!

I took long walks, succeeding, as I usually did, in quite forgetting where I was, when I suddenly found myself at the city gates. Instantly I felt lighthearted, and I passed the barrier and walked between cultivated fields and meadows, unconscious of fatigue, and feeling only all over as though a burden were falling off my soul. All the passers-by gave me such friendly looks that they seemed almost greeting me, they all seemed so pleased at something. They were all smoking cigars, every one of them. And I felt pleased as I never had before. It was as though I had suddenly found myself in Italy—so strong was the effect of nature upon a half-sick townsman like me, almost stifling between city walls.

There is something inexpressibly touching in nature round Petersburg, when at the approach of spring she puts forth all her might, all the powers bestowed on her by Heaven, when she breaks into leaf, decks herself out and spangles herself with flowers. . . . Somehow I cannot help being reminded of a frail, consumptive girl, at whom one sometimes looks with compassion, sometimes with sympathetic love, whom sometimes one simply does not notice; though suddenly in one instant she becomes, as though by chance, inexplicably lovely and exquisite, and, impressed and intoxicated, one cannot help asking oneself what power made those sad, pensive eyes flash with such fire? What summoned the blood to those pale, wan cheeks? What bathed with passion those soft features? What set that bosom heaving? What so suddenly called strength, life and beauty into the poor girl's face, making it gleam with such a smile, kindle with such bright, sparkling laughter? You look round, you seek for some one, you conjecture. . . .But the moment passes, and next day you meet, maybe, the same pensive and preoccupied look as before, the same pale face, the same meek and timid movements, and even signs of remorse, traces of a mortal anguish and regret for the fleeting distraction. . . .And you grieve that the momentary beauty has faded so soon never to return, that it flashed upon you so treacherously, so vainly, grieve because you had not even time to love her. . . .

And yet my night was better than my day! This was how it happened.

I came back to the town very late, and it had struck ten as I was going towards my lodgings. My way lay along the canal embankment, where at that hour you never meet a soul. It is true that I live in a very remote part of the town. I walked along singing, for when I am happy I am always humming to myself like every happy man who has no friend or acquaintance with whom to share his joy. Suddenly I had a most unexpected adventure.