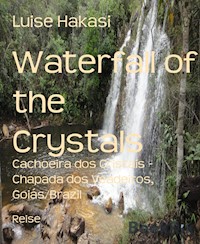 Waterfall of the Crystals ebook

The famous Waterfall of the Crystals (Cachoeira dos Cristais) in Chapada dos Veadeiros is an ideal place to relax in the middle of breathtaking nature. The principal waterfall with a height of 20 meters consists of several small waterfalls (including the waterfall Véu da Noiva / bridal veil) and is located in the Serra do Cristal, between the rivers Rio São Francisco and Rio Doce in the state of Goiás / Brazil.Countless bays, nature pools and small beaches, corners for bathing, swimming and sunbathing as well as natural showers invite you. Included: a wonderful view of the Serra da Baliza (Balise Forest) and the Vale do Moinho (Windmill Valley), which enchants visitors from all over the world. Let me invite you to an extensive photo tour through this beautiful Brazilian landscape. In this eBook: Focus on the waterfall Cachoeira dos Cristais. Useful tips and information about the most interesting tourist area Chapada dos Veadeiros / Goiás: tourist destinations, tours, travel, accommodation, food, climate, travel tips, travel documents, Portuguese crash course and more. Includes dozens of photos of different tours through this stunning landscape of natural parks full of waterfalls. 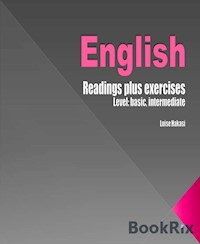 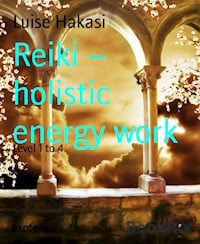 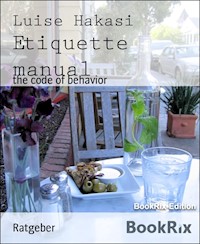 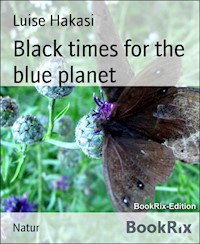 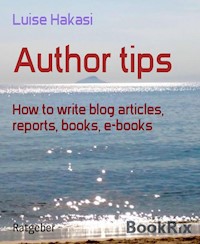 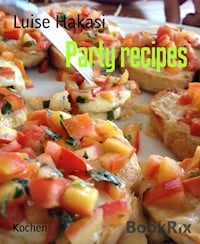 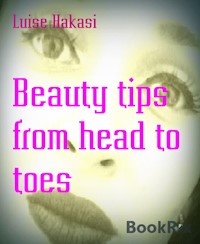 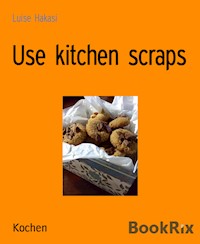 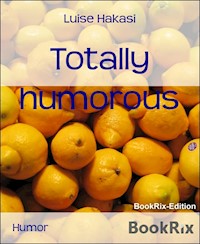 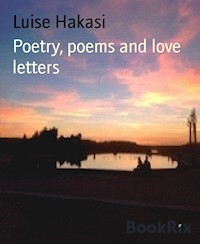 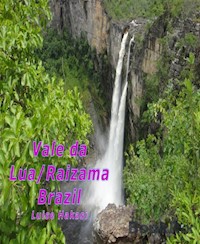 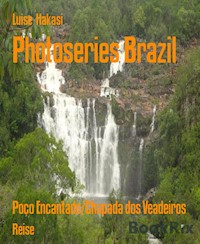 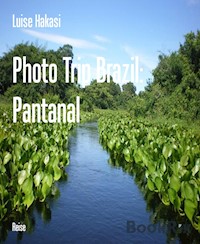 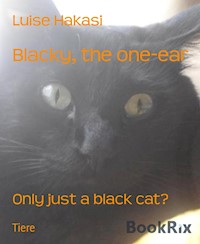 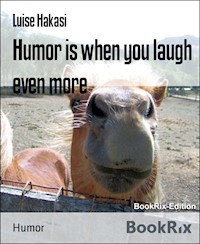 Humor is when you laugh even more
Luise Hakasi 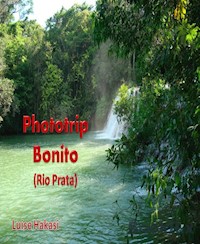 Waterfall of the Crystals

Let me invite you to a tour with dozens of photos through an indescribably beautiful landscape in Brazil in the state of Goiás:

The Cachoeira dos Cristais (waterfall of the crystals) is 20 m high, located in the Sierra Cristal, between the rivers Rio San Francisco and Rio Doce in the Chapada dos Veadeiros, more precisely about 8 km from Alto Paraíso on a private site (entry fee about 10 Brazilian Reais, in 2016). The actual waterfall with a height of 20 meters consists of several small waterfalls (including the waterfall Véu de Noiva / Bridal Veil).

It is an ideal place to relax, in the midst of breathtaking nature.

Visitors from all over the world will find a truly picturesque landscape with numerous springs and natural pools, river beds in stone, waterfalls, natural showers, innumerable bays and small beaches with swimming, sunbathing and fertile fields as well as rare animal species such as cougar, mane wolf and several bird species. Including a wonderful view of the Serra da Baliza (Balise forest) and the Vale do Moinho (windmill valley) A holiday paradise for all nature and photo lovers. It is possible to walk in the rainy season, but it is more dangerous by the large water masses. If you have more time, spend a few days here because nature is truly incomparable.

The name "Veadeiros" means, by the way, deer hunters or deerhounds, because here in this area many years ago the hunting of deer in the extensive forests flourished.

We found the rock formations, which belong to the oldest of the earth, Incredibly beautiful. Quartz with inclusions of crystals in this Cerrado region, with rare orchids, copa trees, pepper trees, oaks, Buriti palms, Babassu palms and many many others. Countless waterfalls, up to 120 meters high, the valleys up to 300 meters deep in the national park with the deep blue cavern grotto Poco Encantado, which is also worth a trip.

The fauna shows dozens of species that are threatened with extinction, such as pampas deer and swamp, jaguar, mane wolf, giant armadillo, giant anteater, capybara, tapir, toucans, King Vulture and more. Waterfall Raizama consists of a series of waterfalls of the Rio San Miguel, in a rocky gorge near the Chapada dos-Veadeiros, national park, Goiás.

The path leads through the closed Cerrado (savanna) with steep walls and springs; guided tour recommended (small fee). Arrival via Colina GO-239 from São Jorge. It is worth a visit to the waterfall Cachoeira Poço Encantado and the Vale da Lua; Both definitely worth a little detour!

I would like to point out further e-books of my Brazilian trips to the Chapada dos Veadeiros:

People who love nature, ecotourism and mysticism are right here. The incomparable beauty of this region has its peculiarities both in the dry season and during the rainy season. An amazing energy surrounds the area, unforgettable landscape with canyons, mountains, valleys, countless waterfalls (so far more than 2000 cataloged waterfalls in the region), rivers, hiking trails, flora and fauna often in unspoilt nature. One cannot put all this into words better than the holistic therapist and author Ergom Abraham: "This is a predestined way to be the cradle of the new humanity or the birthplace of a new race."

Chapada dos Veadeiros, recognized by UNESCO as a biosphere reserve, is an incredibly beautiful national park in the center of Brazil, located in the state of Goias, 180 km from Brasília, is one of the regions with the largest drinking water worldwide, an ecological sanctuary with biodiversity, Natural healing procedures and the most amazing sunsets I have ever seen.

The plateaus reach 1680 meters above sea level, the ground accommodates an incredible collection of quartz crystal with unique luster, diverse sources and the special Cerrado vegetation (savannah). The total area of 4492 square kilometers comprises 5 counties: São João da Aliança, Alto Paraíso, Teresina, Cavalcante, Colinas do Sul and Vila de São Jorge, all with tourist potential, which is proud and happy to show visitors. One of the advertising slogans is: "É previlégio estar aqui e grande prazer um receber você", translated: It is a privilege to be here and a great pleasure to welcome you.

The Chapada dos Veadeiros was created in 1961 by a decree of the then president, Juscelino Kubitschek. In December 2001 the park was included in UNESCO's World Heritage List and the Chico Mendes Institute for Biodiversity (ICMBio) is now responsible for the administration. The settlement of the region began around 1750 with cattle breeding and the cultivation of wheat and coffee. Astronomer Louis Cruls headed an expedition in 1892, the plateau was crossed by the Prestes crevice in 1926, and travel reports by Lysias Rodrigues Veadeiros published in 1931. Already in 1912, the first crystal mine was discovered; in the second half of the twentieth century the national park was founded. The original area was about 625 thousand hectares; The current size is only one tenth, due to historical disputes among others.

On the way to Alto do Paraíso as well as on the way to São Jorge, there are already some waterfalls to see as well as the impressive Morro da Baleia; So you can get to know both cities and always reserve some time for extra stops. The distance between the cities is about 20 minutes.

Alto Paraíso de Goiás ("AGP") - the gateway to the Chapada

Alto Paraíso de Goiás, located at the intersection GO-118 e GO-327, in the heart of the Chapada dos Veadeiros, is also the most important city / municipality. AGP is regarded as a sanctuary of the state of Goiania, mystical, esoteric, spiritual, because the Paralelo 14, which also runs through Machu Pichu in Peru, is connected with fantastic stories about UFOs and extraterrestrial beings. AGP has almost 9,000 inhabitants and is the highest city of the Midwest and the central high plateau with 1,233 m.