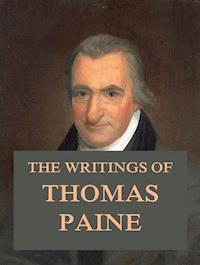 The Writings of Thomas Paine ebook

The Writings of Thomas Paine ebook

Thomas Paine was one of the Founding Fathers of the United States. He authored the two most influential pamphlets at the start of the American Revolution, and he inspired the rebels in 1776 to declare independence from Britain. Paine is the only English writer who expresses with uncompromising sharpness the abstract doctrine of political rights held by the French revolutionists. His relation to the American struggle, and afterwards to the revolution of 1789, gave him a unique position, and his writings became the sacred books of the extreme radical party in England. This edition contains all four original volumes with his most famous works from 1774 through 1796. Included are "The American Crisis", "Common Sense", "The Rights of Man" and "The Age of Reason". 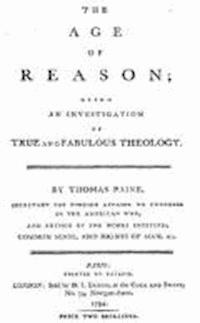 The Age of Reason
Thomas Paine 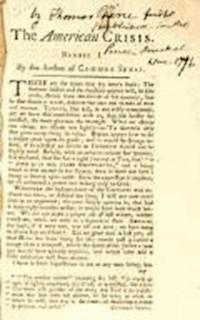 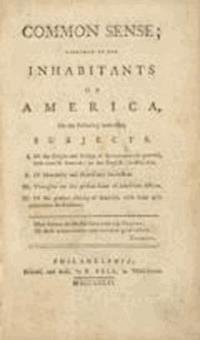 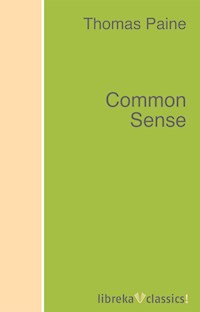 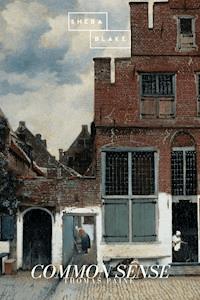 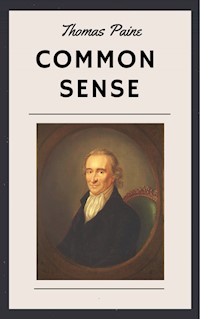 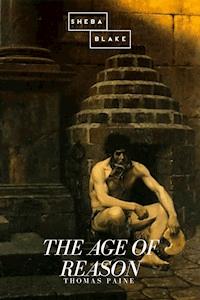 The Age of Reason
Thomas Paine

The Writings of Thomas Paine

The Writings of Thomas Paine

THE CRISIS I. (THESE ARE THE TIMES THAT TRY MEN'S SOULS) 2

THE CRISIS II. TO LORD HOWE. 6

THE CRISIS III. (IN THE PROGRESS OF POLITICS) 16

THE CRISIS IV. (THOSE WHO EXPECT TO  REAP THE BLESSINGS OF FREEDOM) 35

THE CRISIS VI. (TO THE EARL OF CARLISLE AND GENERAL CLINTON) 51

THE CRISIS VII. TO THE PEOPLE OF ENGLAND. 57

THE CRISIS VIII. ADDRESS TO THE PEOPLE OF ENGLAND. 68

THE CRISIS IX. (HAD AMERICA PURSUED HER ADVANTAGES) 73

THE CRISIS X. ON THE KING OF ENGLAND'S SPEECH. 86

THE CRISIS. XI. ON THE PRESENT STATE OF NEWS. 98

THE CRISIS. XIII. THOUGHTS ON THE PEACE,  AND PROBABLE ADVANTAGES  111

A SUPERNUMERARY CRISIS: TO THE PEOPLE OF AMERICA. 115

PAINE'S PREFACE TO THE ENGLISH EDITION.. 121

PAINE'S PREFACE TO THE FRENCH EDITION.. 122

THE AUTHOR'S NOTES FOR PART ONE AND PART TWO.. 253

INTRODUCTION TO THE THIRD VOLUME. 265

VII. TO THE SHERIFF OF THE COUNTY OF SUSSEX, 290

IX. LETTER ADDRESSED TO THE ADDRESSERS  ON THE LATE PROCLAMATION.(1) 294

XII. TO THE ATTORNEY GENERAL, ON THE PROSECUTION AGAINST THE SECOND PART.. 333

XIV. REASONS FOR PRESERVING THE LIFE OF LOUIS CAPET, 338

XXVI. THE DECLINE AND FALL OF  THE ENGLISH SYSTEM OF FINANCE.(1) 435

XXXII. PROPOSAL THAT LOUISIANA BE PURCHASED.(1) 488

XXXIII. THOMAS PAINE TO THE  CITIZENS OF THE UNITED STATES, 489

XXXIV. TO THE FRENCH INHABITANTS OF LOUISIANA.(1) 518

CHAPTER I - THE AUTHOR'S PROFESSION OF FAITH. 533

CHAPTER II - OF MISSIONS AND REVELATIONS. 534

CHAPTER III - CONCERNING THE CHARACTER OF JESUS CHRIST, AND HIS HISTORY. 536

CHAPTER IV - OF THE BASES OF CHRISTIANITY. 537

CHAPTER V - EXAMINATION IN DETAIL OF THE PRECEDING BASES. 538

CHAPTER VIII - OF THE NEW TESTAMENT. 543

CHAPTER IX - IN WHAT THE TRUE REVELATION CONSISTS. 546

CHAPTER X - CONCERNING GOD, AND THE LIGHTS CAST ON HIS EXISTENCE   547

CHAPTER XI - OF THE THEOLOGY OF THE  CHRISTIANS; AND THE TRUE THEOLOGY. 549

CHAPTER XII - THE EFFECTS OF CHRISTIANISM  ON EDUCATION; PROPOSED   552

CHAPTER XIII - COMPARISON OF  CHRISTIANISM WITH THE RELIGIOUS IDEAS. 556

CHAPTER XIV - SYSTEM OF THE UNIVERSE. 560

CHAPTER XV - ADVANTAGES OF THE  EXISTENCE OF MANY WORLDS IN EACH SOLAR.. 561

CHAPTER XVI - APPLICATION OF  THE PRECEDING TO THE SYSTEM OF THE.. 562

CHAPTER XVII - OF THE MEANS EMPLOYED  IN ALL TIME, AND ALMOST.. 563

THOMAS PAINE, in his Will, speaks of this work as The American Crisis, remembering perhaps that a number of political pamphlets had appeared in London, 1775-1776, under general title of "The Crisis." By the blunder of an early English publisher of Paine's writings, one essay in the London "Crisis" was attributed to Paine, and the error has continued to cause confusion. This publisher was D. I. Eaton, who printed as the first number of Paine's "Crisis" an essay taken from the London publication. But his prefatory note says: "Since the printing of this book, the publisher is informed that No. 1, or first Crisis in this publication, is not one of the thirteen which Paine wrote, but a letter previous to them." Unfortunately this correction is sufficiently equivocal to leave on some minds the notion that Paine did write the letter in question, albeit not as a number of his "Crisis "; especially as Eaton's editor unwarrantably appended the signature "C. S.," suggesting "Common Sense." There are, however, no such letters in the London essay, which is signed "Casca." It was published August, 1775, in the form of a letter to General Gage, in answer to his Proclamation concerning the affair at Lexington. It was certainly not written by Paine. It apologizes for the Americans for having, on April 19, at Lexington, made "an attack upon the King's troops from behind walls and lurking holes." The writer asks: "Have not the Americans been driven to this frenzy? Is it not common for an enemy to take every advantage?" Paine, who was in America when the affair occurred at Lexington, would have promptly denounced Gage's story as a falsehood, but the facts known to every one in America were as yet not before the London writer. The English "Crisis" bears evidence throughout of having been written in London. It derived nothing from Paine, and he derived nothing from it, unless its title, and this is too obvious for its origin to require discussion. I have no doubt, however, that the title was suggested by the English publication, because Paine has followed its scheme in introducing a "Crisis Extraordinary." His work consists of thirteen numbers, and, in addition to these, a "Crisis Extraordinary" and a "Supernumerary Crisis." In some modern collections all of these have been serially numbered, and a brief newspaper article added, making sixteen numbers. But Paine, in his Will, speaks of the number as thirteen, wishing perhaps, in his characteristic way, to adhere to the number of the American Colonies, as he did in the thirteen ribs of his iron bridge. His enumeration is therefore followed in the present volume, and the numbers printed successively, although other writings intervened.

The first "Crisis" was printed in the Pennsylvania Journal, December 19, 1776, and opens with the famous sentence, "These are the times that try men's souls"; the last "Crisis" appeared April 19,1783, (eighth anniversary of the first gun of the war, at Lexington,) and opens with the words, "The times that tried men's souls are over." The great effect produced by Paine's successive publications has been attested by Washington and Franklin, by every leader of the American Revolution, by resolutions of Congress, and by every contemporary historian of the events amid which they were written. The first "Crisis" is of especial historical interest. It was written during the retreat of Washington across the Delaware, and by order of the Commander was read to groups of his dispirited and suffering soldiers. Its opening sentence was adopted as the watchword of the movement on Trenton, a few days after its publication, and is believed to have inspired much of the courage which won that victory, which, though not imposing in extent, was of great moral effect on Washington's little army.