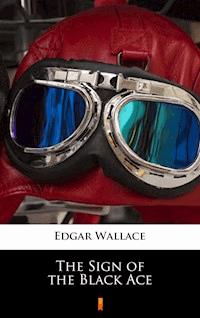 The Companions of the Ace High are a group of aviators, each of whom has his own reason to hate Germans. The group’s founder, Dexter, whose wife was driven mad when a German submarine attacked a liner on which she was travelling, dedicates himself to the destruction of Germany. He uses his wealth to establish a base of operations in the small republic of San Romino on the northern border of Italy. From this base the Companions of the Ace High pursue and kill Germans, their spies and sympathizers. Another breathtaking work by the master of mystery Edgar Wallace. As the novel is rather short and quite fast-paced with a lot of scenery-changes and adventures, this nice.

I. THE WOMAN OF THE LORELEI

II. LOVING HEART AND THE MAN WITH THE CHARMED LIFE

III. THE KURT OF HONOR

IV. HOOKY WHO PLAYED WITH GERMANS

I. THE WOMAN OF THE LORELEI

THE director of field information whose office is in Kaiser-Wilhelm-Strasse pressed a bell on his table and a smart young officer appeared at the door and saluted.

“Come in, Von Brun,” said the director, scratching his white head. “Where and what is San Romino?”

“It is a republic within the Italian frontier, Herr Direktor.”

The director examined the documents in his hand.

“Read these,” he said, and handed the papers to his subordinate. “They have just come from the foreign office.”

The first letter was an official covering note begging his excellency to file the inclosed document, and informing him that all future reference to this or any correspondence relating to this should bear the indicator K. K. O. G. (1) 74479.

Lieut. von Brun turned this and read the paper beneath.

It bore the royal arms of Andalusia and informed the imperial German government that the Spanish ambassador had been requested by the government concerned to notify the imperial general staff that:

“An aviation squadron has been formed for special duties. The airplanes of this squadron will bear in addition to the rings of red, white and blue, an emblem representing the ace of clubs within a five-pointed star. Though it is not anticipated that any members of this squadron will be taken prisoners, it is notified that for the purpose of administration this corps will be attached to the army of the republic of San Romino.”

The young officer handed the papers back to his chief with a nod.

“Units of this squadron have already been seen, Herr Direktor,”he said. “One of their machines descended outside Frankfurt last week, and the aviator fought to the death.”

“So? What was he doing over Frankfurt–ah. I remember! He was the man that bombed the house of Prince Zutterfurst.”

“So!” said the director again, “that is queer; I thought at the time–a private vendetta, yes? But it was absurd–so I thought, but now! It is not expected that any members of the squadron will be taken prisoners. So!”

That night every German corps on the western front received a precautionary warning to look out for the squadron of the Ace who was officially designated “dangerous.”

The umpty-eighth raiding squadron of the Independent Force. R. A. F.–commonly called the “strafes”–returning from a daylight stunt over Mannheim, met two fast Caproni-Moranes, painted dead black, as are night-bombing machines, and decorated with strange devices.

Craig, leader of the strafe squadron, signaled “Good hunting,” and roared through the speaking tube which connected him with his gunner:

“They’ve got a friend on the Rhine,” wheezed the gunner–the Mannheim defenses had used gas shells and he did not feel conversational.

Archie gunners watched the high-flying fleet pass and speculated upon their errand.

“Nobody’s darlings,” explained a veteran to a newly joined subaltern, “you have to be careful with those fellows. They never notify you when they are coming over–but they have no grouch against you if you shell ’em. The ninety-fourth brought one down the other day, luckily without killing the pilot. He congratulated the gunner on his good practice! An American fellow named Trenchard–twenty-seven, and as a gray as a badger!”

“But what are they–British or American?”

“Everything. They have an airdrome behind the French line somewhere. It’s a sort of foreign legion as far as I can gather.”

The two planes kept company to a point on the Moselle southwest of Coblenz where the first Rhine barrage is sited. Before this they turned northward. Two chaser machines of a patrol fell to attack the right wing of the formation and the right flanker turned to meet the charge. His gun was in reality three guns under one control, and the savage burst of fire which greeted the nearest of the attackers sprayed nacelle, wing and fuselage. It was as though a spadeful of nickel had been thrown in the face of the assailant, but thrown with such a velocity that every pellet ripped and tore through canvas, steel and bone–

The attacker dropped sideways and the flanker zoomed up to meet his second enemy, but that gentleman was dropping straight for earth and the cover of the barrage.

“Cowardly custard!” mocked the flanker and came back to his position.

The flight bore to the left of Coblenz avoiding the wild and furious barrage which ranged the town, crossed the Rhine south of Neuwied, turned and followed the Nassau bank again, keeping clear of Coblenz and treating with proper contempt the feeble barrage of Ems.

There was no possibility of mistaking Oberwesel. The Rhine was low and the brown scars of the “Seven Virgins” showed clear in the silvery thread.

A signal from the leader and the machines began their glide down. The good citizens of Oberwesel–scurrying specks of humanity, like slow ants they looked from 5,000 feet–need not dive to their cellars and their dugouts. Smith, the leader, adjusting his camera could see a confused procession of these ants streaming to the Frauenkirche, but his objective was north of the town. His camera was pointed to a building which evidently stood on a spur of hill. It stood out clearly against the dark background, with its wings and annexes and courtyards for all the world like the wards of a white key.

He strained his eyes down and on the very edge of the building, the edge which by its regularity of outline was apparently the façade. He thought he detected a flutter of something white and pressed the trigger of his camera.

The flight was rising again as it passed over Oberwesel, but the quaking citizens did not know this and were still sitting tight in their cellars when the two machines were following the Moselle on their homeward run.

The mess of the Ace High was a rambling old farmhouse, the thick walls of which had been laid together in the days of Louis Quatorze. The interior had been transformed by a firm of Paris decorators–to the scandal of the army–so that it resembled nothing so much as a modern clubhouse built and decorated to convey the illusion that it was a farmhouse interior.

Before the house was a big lawn and great flower beds that blazed gorgeously. Beyond the trim hedge were the flats and camouflaged hangars.

On an evening when the sky was orange and crimson and laced with purple clouds, four men sat about a table placed on the lawn and drank syrups from long ice-packed glasses.

They wore the dark-gray uniforms of the squadron, and none wore any badge of rank which was visible to the observer.

Outsiders never joked with “Nobody’s Darlings.” It was said that they had no sense of humor, but those who said as much did not know them. They did not smile easily, it is true. For example it took a great deal to bring a smile to the eyes of New Trenchard, some time treasurer to the Ohio Trading Corporation. He had stopped smiling when he pulled his wife and baby daughter from beneath the overturned lifeboat of the “Lusitania” and found them both dead. He landed in Liverpool two nights later, cabled his president his resignation, and joined the Fifty-seventh Middlesex regiment, or, as the army calls them. “The Die-Hards.”

Pink-faced little Gregory with his absurd mustache had had a sense of humor once, but it had stopped working when he found the girl he loved lying on a mortuary slab between a dead policeman and a woman of the streets–it was somewhat difficult to distinguish one from the other because the Zeppelin bomb which killed them fell less than a dozen yards away.

Victor Beauclerc was ordinarily a cheerful, volatile soul, and there were times when he forgot the look in the eyes of his father and two young brothers when the Germans led them out of the stable yard of the Hôtel de Brabant at Visé to execution. Other members of the squadron had other reasons for this taciturnity, and all those reasons went back to the hairy men who followed Attila across the steppes of central Europe.

“We’re now officially recognized.” said the man with the twinkling eyes, “but it took a lot of working. The British think we’re irregular. The Americans secretly approve, but are in holy terror that we shall be regarded as American eccentrics. The French, bless their romantic hearts, are enthusiastic, but must have the approval of their allies. The Belgians are too dispirited to worry. The Italians too busy to care. As for the president of San Romino, he was tickled to death.”

“Where is San Romino, anyway, Dexter?” asked Trenchard. “Is there such a place, or is it a sort of Ruritania?”