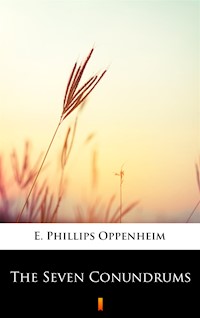 British author E. Phillips Oppenheim achieved worldwide fame with his thrilling novels and short stories concerning, mystery, international espionage and intrigue. Many of his novels have been adapted for the screen. Mr. Oppenheim can be depended upon to give his plots that turn which is as admirable as it is unexpected, and „The Seven Conundrums” is one of the best of his many good and exciting books. His plotting is as smooth as silk, with the virtue of creating believable characters of genuine sophistication and wit. Readers of Mr. Oppenheim’s novels may always count on a story of absorbing interest, turning on a complicated plot, worked out with dexterous craftsmanship. Highly recommended! 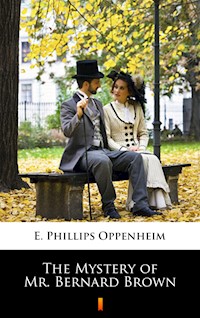 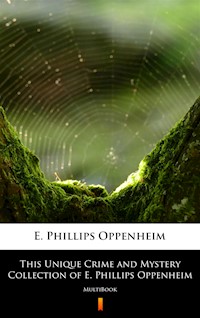 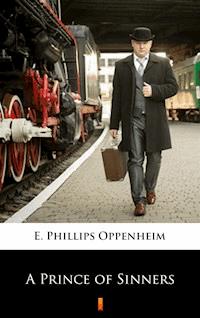 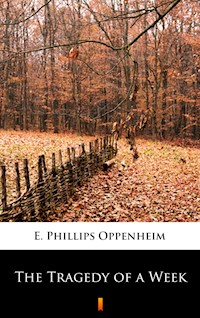 The Tragedy of a Week
E. Phillips Oppenheim 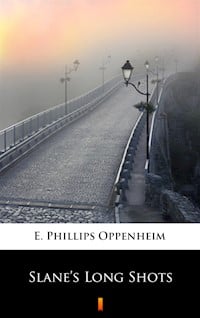 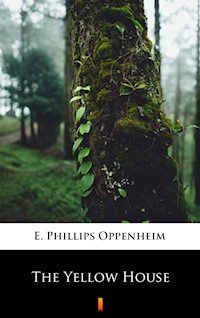 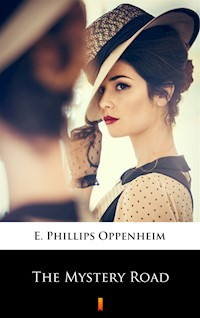 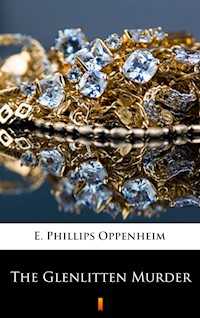 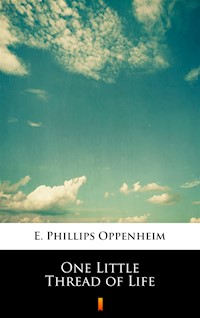 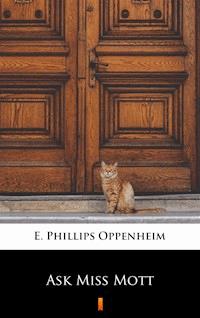 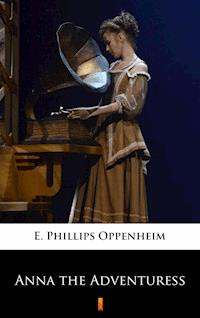 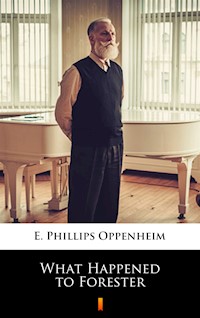 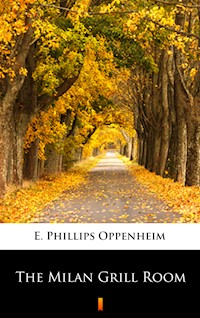 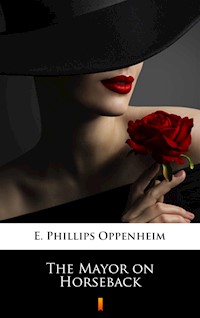 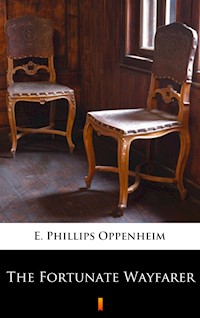 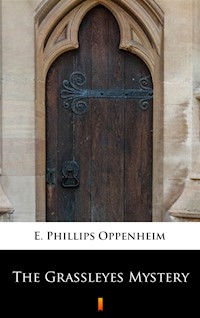 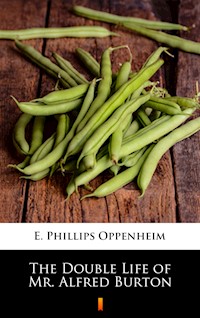 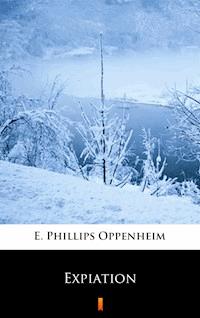 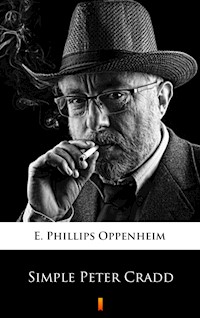 The wind, storming up from the sea, beat against the frail little wooden building till every rafter creaked and groaned. The canvas sides flapped and strained madly at the imprisoning ropes. Those hanging lamps which were not already extinguished swung in perilous arcs. In the auditorium of the frail little temporary theatre, only one man lingered near the entrance, and he, as we well knew, with sinister purpose. In the little make-up room behind the stage, we three performers, shorn of our mummer’s disguise, presented perhaps the most melancholy spectacle of all. The worst of it was that Leonard and I were all broken up with trying to make the best of the situation for Rose’s sake, yet prevented by circumstances from altogether ignoring it.

“Seems to me we’re in rather a tightish corner, Leonard,” I ventured, watching that grim figure in the doorway through a hole in the curtain.

Rose said nothing. She was seated in the one chair which went with the portable property, and her head had fallen forward upon her arms, which were stretched upon the deal table. Her hat, a poor little woollen tam-o’-shanter, was pushed back from her head. Her jacket was unfastened. The rain beat down upon the tin roof.

“I’d sell my soul for a whisky and soda,” Leonard, our erstwhile humourist, declared wistfully.

“And I mine,” I echoed, thinking of Rose, “for a good supper, a warm fire and a comfortable bed.”

“And I mine,” Rose faltered, looking up and dabbing at her eyes with a morsel of handkerchief, “for a cigarette.”

There was a clap of thunder. The flap of canvas which led to the back of the stage shook as though the whole place were coming down. We looked up apprehensively and found that we were no longer alone. A clean-shaven man of medium height, dressed in a long mackintosh and carrying a tweed cap in his hand, had succeeded in effecting a difficult entrance. His appearance, even at that time, puzzled us. His face was perfectly smooth, he was inclined to be bald, his eyes were unusually bright, and there was a noticeable curve at the corners of his lips which might have meant either humour or malevolence. We had no idea what to make of him. One thing was certain, however,–he was not the man an interview with whom we were dreading.

“Mephistopheles himself could scarcely have made a more opportune entrance,” he remarked, as the crash of thunder subsided into a distant mutter. “Permit me.”

He crossed towards us with a courteous little bow and extended a gold cigarette case, amply filled. Rose took one without hesitation and lit it. We also helped ourselves. The newcomer replaced the case in his pocket.

“I will take the liberty,” he continued, “of introducing myself. My name is Richard Thomson.”

“A more than excellent cigarette,” I echoed.

“You are the gentleman who sat in the three-shilling seats,” Rose remarked, looking at him curiously.

“I was there last night and the night before,” he acknowledged. “On each occasion I found with regret that I was alone.”

No one likes to be reminded of failure. I answered a little hastily.

“You have established your position, sir, as a patron of our ill-omened enterprise. May I ask to what we are indebted for the honour of this visit?”

“In the first place, to invite you all to supper,” was the brisk reply. “Secondly, to ask if I can be of any service in helping you to get rid of that bearded rascal Drummond, whom I see hanging about at the entrance. And in the third place–but I think,” he added, after a queer and oddly prolonged pause, “that we might leave that till afterwards.”

I stared at him like a booby, for I was never a believer in miracles. The quiver on Rose’s lips was almost pathetic, for like all sweet-natured women she was an optimist to the last degree. Leonard, I could see, shared my incredulity. The thing didn’t seem possible, for although he was obviously a man of means, and although his manner was convincing and there was a smile upon his lips, Mr. Richard Thomson did not look in the least like a philanthropist.

“Come, come,” the latter continued, “mine is a serious offer. Are you afraid that I shall need payment for my help and hospitality? What more could you have to give than the souls you proffered so freely as I came in?”

“You can have mine,” Leonard assured him hastily.

“Mine also is at your service,” I told him. “The only trouble seems to be to reduce it to a negotiable medium.”

“We will make that a subject of discussion later on,” our new friend declared. “Mr. Lister,” he added, turning to me, “may I take it for granted that you are the business head of this enterprise? How do you stand?”

I choked down the pitiful remnants of my pride and answered him frankly.

“We are in the worst plight three human beings could possibly find themselves in. We’ve played here for six nights, and we haven’t taken enough money to pay for the lighting. We owe the bill at our lodgings, we haven’t a scrap of food, a scrap of drink, a scrap of tobacco, a scrap of credit. We’ve nothing to pawn, and Drummond outside wants four pounds.”

“That settles it,” our visitor declared curtly. “Follow me.”

We obeyed him dumbly. It is my belief that we should have obeyed any one helplessly at that moment, whether they had ordered us to set fire to the place or to stand on our heads. We saw Drummond go off into the darkness, gripping in his hand unexpected money, and followed our guide across the windy space which led to the brilliantly lit front of the Grand Hotel, whose luxurious portals we passed for the first time. We had a tangled impression of bowing servants, an amiable lift man, a short walk along a carpeted corridor, a door thrown open, a comfortable sitting room and a blazing fire, a round table laid for four, a sideboard set out with food, and gold-foiled bottles of champagne. A waiter bustled in after us and set down a tureen of smoking hot soup.

“You needn’t wait,” our host ordered, taking off his mackintosh and straightening his black evening bow in the glass. “Miss Mindel, allow me to take your jacket. Sit on this side of the table, near the fire; you there, Cotton, and you opposite me, Lister. We will just start the proceedings so,” he went on, cutting the wires of a bottle of champagne and pouring out its contents. “A little soup first, eh, and then I’ll carve. Miss Mindel–gentlemen–your very good health. I drink to our better acquaintance.”

Rose’s hand shook and I could see that she was on the verge of tears. It is my belief that nothing but our host’s matter-of-fact manner saved her at that moment from a breakdown. Leonard and I, too, made our poor little efforts at unsentimental cheerfulness.

“If this is hell,” the former declared, eyeing the chickens hungrily, “I’m through with earth.”

“Drink your wine, Rose,” I advised, raising my own glass, “and remember the mummers’ philosophy.”

Rose wiped away the tears, emptied her glass of champagne and smiled.

“Nothing in the world,” she declared fervently, “ever smelt or tasted so good as this soup.”

The psychological effect of food, wine, warmth and tobacco upon three gently nurtured but half-starved human beings became even more evident at a later stage in the evening. Its immediate manifestations, however, were little short of remarkable. For my part, I forgot entirely the agony of the last few weeks, and realised once more with complacent optimism the adventurous possibilities of our vagabond life. Leonard, with flushed cheeks, a many times refilled glass, and a big cigar in the corner of his mouth, had without the slightest doubt completely forgotten the misery of having to try and be funny on an empty stomach to an insufficient audience. With a little colour in her cheeks, a smile once more upon her lips, and a sparkle in her grey eyes, Rose was once more herself, the most desirable and attractive young woman in the world as, alas! both Leonard and I had discovered. The only person who remained unmoved, either by the bounty he was dispensing or by the wine and food of which he also partook, was the giver of the feast. Sphinxlike, at times almost saturnine looking, his eyes taking frequent and restless note of us, his mouth, with its queer upward curve, a constant puzzle, he remained as mysterious a benefactor when the meal was finished as when he had made his ominous appearance behind the stage at the framework theatre. He was an attentive although a silent host. It was never apparent that his thoughts were elsewhere, and I, watching him more closely, perhaps, than the other two, realised that most of the time he was living in a world of his own, in which we three guests were very small puppets indeed.

Cigars were lit, chairs were drawn around the fire, Rose was installed on a superlatively comfortable couch, with a box of cigarettes at her elbow, and her favourite liqueur, untasted for many weeks, at her side.

“Let me try your wits,” our host proposed, a little abruptly. “Tell me your life history in as few words as possible. Mr. Lister? Tabloid form, if you please?”

“Clergyman’s son, without a shilling in the family,” I replied; “straight from the ‘Varsity, where I had meant to work hard for a degree, to the Army, where after three and a half years of it I lost this,”–touching my empty left coat sleeve. “Tried six months for a job, without success. Heard of a chap who had made a concert party pay, realised that my only gifts were a decent voice and some idea of dancing, so had a shot at it myself.”

“Idle and dissolute son of a wine merchant at Barnstaple who failed during the war,” Leonard expounded; “drifted into this sort of thing because I’d made some small successes locally and didn’t want to be a clerk.”