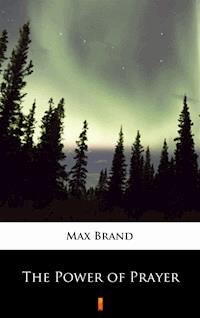 The Power of Prayer ebook

One of Max Brand’s greatest gifts as a storyteller is his ability to create unforgettable, larger-than-life characters. Frederick Schiller Faust (May 29, 1892 - May 12, 1944) was an American author known primarily for his thoughtful and literary Westerns under the pen name Max Brand. This is one of his novels. "The Power of Prayer" (1922) is an unusual and vexing Christmas story in which Gerald Kern, gentleman, gunman and fortune-hunter, must make a fateful choice when his cold-blooded nature and his love of a woman collide. Neatly plotted and briskly told, it illustrates Brand’s remarkable gift for storytelling. Another great read by Max Brand. 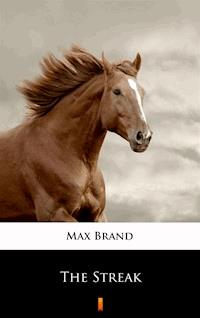 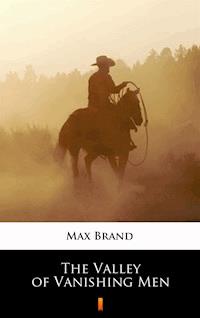 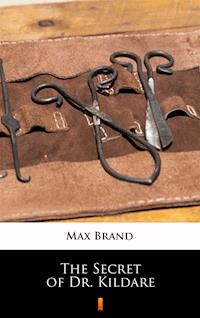 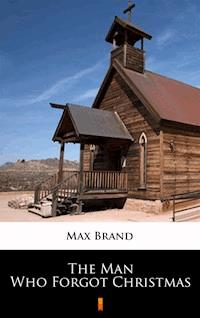 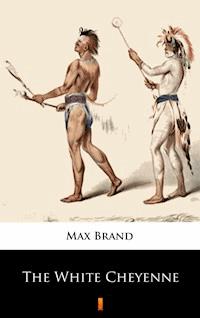 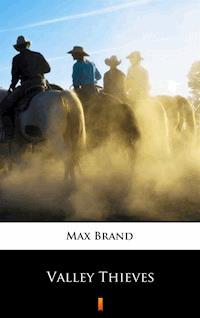 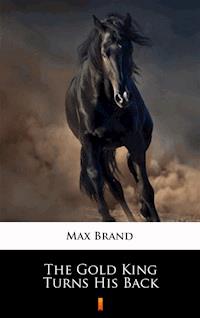 The Gold King Turns His Back
Max Brand 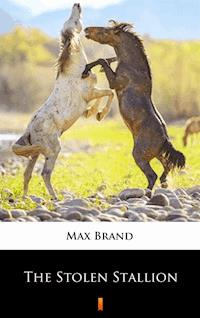 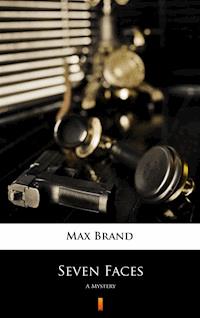 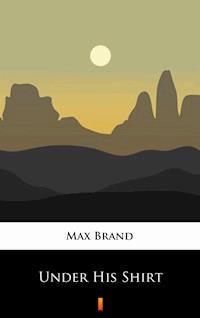 Under His Shirt
Max Brand 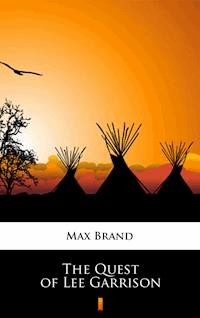 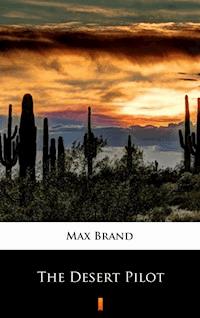 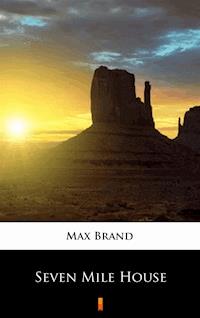 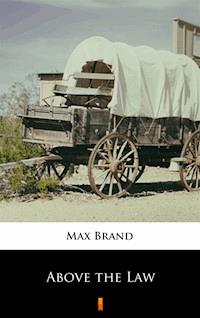 Above the Law
Max Brand 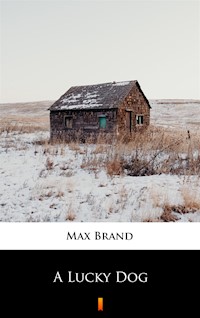 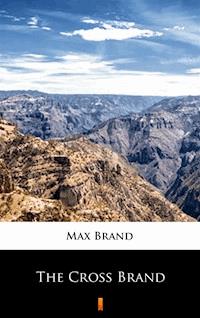 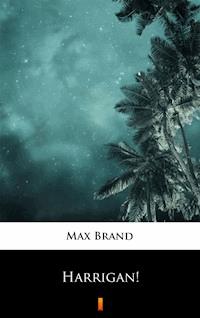 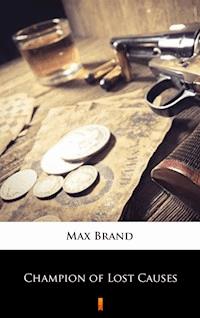 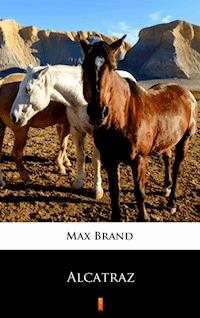 I. WHEN WEST MEETS EAST

IX. A CHANCE FOR A KINGDOM

X. THE GATHERING OF THE STORM

XII. WHAT WOMEN HATE MOST

I. WHEN WEST MEETS EAST

One could not say that it was love of one’s native country which brought Gerald home again. It would be more accurate to say that it was the only country where his presence did not create too much heat for comfort. In the past ten years, forty nations–no less–had been honored by the coming of Gerald and had felt themselves still more blessed, perhaps, by his departure unannounced. Into the history of forty nations he had written his name, and now he was come back to the land and the very region of his birth.

No matter if the police of Australia breathed deeply and ground their teeth at the thought of him; no matter if the sleuths of France spent spare hours pouring over photographs of that lean and handsome face, swearing to themselves that under any disguise he would now be recognized; no matter if an Arab sheik animated his cavalry by recounting the deeds of Gerald; no matter if a South American republic held up its million hands in thanksgiving that the firebrand had fallen upon another land; no matter were all these things and more, now that the ragged tops of the Rocky Mountains had swept past the train which bore him westward.

When he dismounted at a nameless town and drew a deep breath of the thin, pure, mountain air, he who had seen forty nations swore to himself that the land which bore him was the best of all.

He had been fourteen when he left the West. But sixteen years could by no means dim the memories of his childhood. For was not this the very land where he had learned to ride and to shoot? A picture of what he had been rushed upon his memory–a fire-eyed youngster with flaming red hair, riding anything on four feet on the range, fighting with hard-knuckled fists, man or boy, delving deep into the mysteries of guns, baffling his very brother with lies, the cunning depth of which were like the bottomless sea.

He smiled as he remembered. No one would know him now. The fire-red had altered to dark auburn. The gleam was banished from his eyes, saving on occasion! And the ragged urchin could never be seen in this dapper figure clad in whipcord riding breeches and mounted–oh, hardy gods of the Far West behold him!–in a flat English saddle.

But, for the nonce, an English saddle pleased him. Time was when he had made himself at home in a wild Tartar’s saddle on a wild Tartar horse, emptying his carbine at the yelling pursuers–but that was another picture, and that was another day. For the present he was happier encased in a quiet and easy manner of soft-spoken gentility. It was the manner which this morning he had slipped into as another man slips into a coat. And for ten years, to do on the spur of the moment what the moment made him desire to do, had been religion with Gerald.

To be sure, when he came down to breakfast in that outfit and ate his bread and drank his coffee in the little dingy hotel dining room, people stared at him. But Gerald was not unaccustomed to being the cynosure of neighboring eyes.

Then he went forth to buy a horse, and the dealer, after a glance at those riding breeches, led forth a high-headed bay, with much profane commendation and a high price. But Gerald, in a voice as smooth as a hand running over silk, pointed out that the beast was bone-spavined and declined with thanks. And so he went on from horse to horse. But it seemed that his glance went through each beast like a sword of fire. One look, and he knew the worst that could be said of it. The horse dealer followed, sweating with discomfort, until Gerald pointed to a distant corral with a single dark-chestnut mare standing in it.

“That yonder,” he said, “that one yonder, my friend, looks as though it might be for me.”

The dealer glanced at the little English saddle which all this time Gerald carried over the crook of his arm.

“I’ll saddle her for you in a minute,” he said. “Yep. You picked the winner. I’d hate to see Sorrow go, but for a price I guess it could be fixed.”

“Why is she called Sorrow?” said Gerald.

“Because she’s got sad eyes,” said the horse dealer and looked Gerald calmly in the face.

So the little English pad was placed on Sorrow, and she was led out, gentle-mannered as a lamb, until the rider dropped into his place. That jarring weight transformed Sorrow into a vivid semblance of dynamite exploding.

“She busted herself in sixteen directions all at once,” said the horse dealer afterward. “And, when she went the sixteenth way, this fellow stopped follering. He sailed about a mile and landed on his head. I came over on the run. I sure thought his neck was broke. But he was on his feet before I got to him. And the light of fighting fire was in his eye. He up and jumped onto that mare in no time. Well, she sun-fished and she bucked and she reared, and did she shake him this time? Not a bit of it! He stuck like a cactus bur. And after she’d tried her last trick, she realized she had an unbeatable master, and she quieted down like a pet kitten. He rode her away as if she had been raised by him and ridden by him for years.”

Which was the truth. Sorrow stepped high and pretty, albeit obediently, back to the hotel. Here Gerald left her at the hitch rack while he threaded his way through the group of loungers on the porch and went in to freshen his appearance. In a few minutes he came downstairs whistling. On the front verandah he spoke to the first comer, and the first comer was Harkey, the big blacksmith.

“What is there to see around here?” he asked of Harkey. “Can you tell me of any points of interest?”

Harkey stared at him, and all he could see was the whipcord riding trousers and the tailor-made cigarette which drawled from a corner of Gerald’s mouth.

“I dunno,” said Harkey. “There ain’t nothing that I’ve seen around here that would match up with you as a point of interest!”

And he laughed heartily at his good jest, and along the verandah the loungers took up the laughter in a long chorus.

“My friend,” said Gerald gently, “you seem to me to be a trifle impertinent.”

“The devil I do,” said Harkey.

“But no doubt,” said Gerald, “you can explain.”

“Me?” said Harkey, and he balled his sooty fists.

“I’ll see you and ten of your kind in hell first,” said Harkey.

“My dear fellow,” said Gerald, “how terribly violent you are!”

And with that he stepped six inches forward with his left foot and struck with his left hand, swift as an arrow off the string, deadly as a barbed spear driven home. Vain were those thick muscles which cushioned the base of Harkey’s jaw. The knuckles bit through them to the bone, and the shock, hammer-like, jarred his brain. The great knees of Harkey bent under him, benumbed. He slipped inert to the ground, his back against a supporting pillar, and Gerald turned to the rest.

“I have been asking,” he said, “for the points of interest around the town. Can any of you tell me?”

They looked upon the fallen body of Harkey; they stared into the dead eyes of the giant; they regarded his sagging jaw; and they were inspired to speak. Yonder among the mountains, due north and a scant fifty miles away, where the Culver River had gouged for itself a trench, gold had been found, they said, not many months before. And in the town of Culver there would be points of interest, they said. Yes, there would be many points of interest for one who wished to see the West.

When his back was turned, they smiled to one another. No doubt this fellow was a man of some mark. There lay the body of Harkey, now showing the first quivering signs of life. And yonder was he of the whipcord riding breeches mounted upon famous Sorrow, famous Sorrow now dancing down the road with her first-found master. But in spite of these things, what would happen when Gerald reached Culver City, where the great men of the West were gathered? He might ride a horse as well as the next man. He might crush the slow-handed blacksmith with one cunning blow. But what would be his ventures among those men of might, those deadly warriors who fairly thought a gun out of the holsters and smote an enemy with an inescapable lightning flash?

Such were the thoughts of the wise men as they shifted their quids and rolled fresh cigarettes, but among them all there was not one guessed the truth, that the West was meeting the West as Greek meets Greek.

Even wiser men than they might have been baffled, seeing those daintily tailored trousers, those shop-made cigarettes each neatly monogrammed, and the high-stirruped, slippery saddle in which he sat. For who could have told that the same West which had fathered them in overalls and chaps and bandannas had fathered this returned prodigal also?