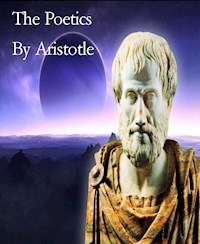 Aristotle's Poetics is the earliest surviving work of dramatic theory and the first extant philosophical treatise to focus on literary theory. In it, Aristotle offers an account of what he calls "poetry" (a term which in Greek literally means "making" and in this context includes drama—comedy, tragedy, and the satyr play—as well as lyric poetry, epic poetry, and the dithyramb). He examines its "first principles" and identifies its genres and basic elements. His analysis of tragedy constitutes the core of the discussion. Tragedy consists of six parts which Aristotle enumerates in order of importance, beginning with the most essential and ending with the least: Aristotle considers Tragedy superior to Epics and considers them higher forms of art. Tragedy should make the viewer feel fear and pity. Tragedy arouses the emotions of pity and fear in order to purge away their excess, to reduce these passions to a healthy. Aristotle also talks about "pleasure" that is proper to tragedy, apparently meaning the aesthetic pleasure one gets from contemplating the pity and fear that are aroused through the play. Tragedy is rooted in the fundamental order of the universe; it creates a cause-and-effect chain that clearly reveals what may happen at any time or place because that is the way the world operates.

Our subject being Poetry, I propose to speak not only of the art in general but also of its species and their respective capacities; of the structure of plot required for a good poem; of the number and nature of the constituent parts of a poem; and likewise of any other matters in the same line of inquiry. Let us follow the natural order and begin with the primary facts.

Epic poetry and Tragedy, as also Comedy, Dithyrambic poetry, and most flute-playing and lyre-playing, are all, viewed as a whole, modes of imitation. But at the same time they differ from one another in three ways, either by a difference of kind in their means, or by differences in the objects, or in the manner of their imitations.

I. Just as form and colour are used as means by some, who (whether by art or constant practice) imitate and portray many things by their aid, and the voice is used by others; so also in the above-mentioned group of arts, the means with them as a whole are rhythm, language, and harmony—used, however, either singly or in certain combinations. A combination of rhythm and harmony alone is the means in flute-playing and lyre-playing, and any other arts there may be of the same description, e.g. imitative piping. Rhythm alone, without harmony, is the means in the dancer's imitations; for even he, by the rhythms of his attitudes, may represent men's characters, as well as what they do and suffer. There is further an art which imitates by language alone, without harmony, in prose or in verse, and if in verse, either in some one or in a plurality of metres. This form of imitation is to this day without a name. We have no common name for a mime of Sophron or Xenarchus and a Socratic Conversation; and we should still be without one even if the imitation in the two instances were in trimeters or elegiacs or some other kind of verse—though it is the way with people to tack on 'poet' to the name of a metre, and talk of elegiac-poets and epic-poets, thinking that they call them poets not by reason of the imitative nature of their work, but indiscriminately by reason of the metre they write in. Even if a theory of medicine or physical philosophy be put forth in a metrical form, it is usual to describe the writer in this way; Homer and Empedocles, however, have really nothing in common apart from their metre; so that, if the one is to be called a poet, the other should be termed a physicist rather than a poet. We should be in the same position also, if the imitation in these instances were in all the metres, like the Centaur (a rhapsody in a medley of all metres) of Chaeremon; and Chaeremon one has to recognize as a poet. So much, then, as to these arts. There are, lastly, certain other arts, which combine all the means enumerated, rhythm, melody, and verse, e.g. Dithyrambic and Nomic poetry, Tragedy and Comedy; with this difference, however, that the three kinds of means are in some of them all employed together, and in others brought in separately, one after the other. These elements of difference in the above arts I term the means of their imitation.

II. The objects the imitator represents are actions, with agents who are necessarily either good men or bad—the diversities of human character being nearly always derivative from this primary distinction, since the line between virtue and vice is one dividing the whole of mankind. It follows, therefore, that the agents represented must be either above our own level of goodness, or beneath it, or just such as we are in the same way as, with the painters, the personages of Polygnotus are better than we are, those of Pauson worse, and those of Dionysius just like ourselves. It is clear that each of the above-mentioned arts will admit of these differences, and that it will become a separate art by representing objects with this point of difference. Even in dancing, flute-playing, and lyre-playing such diversities are possible; and they are also possible in the nameless art that uses language, prose or verse without harmony, as its means; Homer's personages, for instance, are better than we are; Cleophon's are on our own level; and those of Hegemon of Thasos, the first writer of parodies, and Nicochares, the author of the Diliad, are beneath it. The same is true of the Dithyramb and the Nome: the personages may be presented in them with the difference exemplified in the... of... and Argas, and in the Cyclopses of Timotheus and Philoxenus. This difference it is that distinguishes Tragedy and Comedy also; the one would make its personages worse, and the other better, than the men of the present day.

III. A third difference in these arts is in the manner in which each kind of object is represented. Given both the same means and the same kind of object for imitation, one may either (1) speak at one moment in narrative and at another in an assumed character, as Homer does; or (2) one may remain the same throughout, without any such change; or (3) the imitators may represent the whole story dramatically, as though they were actually doing the things described.

As we said at the beginning, therefore, the differences in the imitation of these arts come under three heads, their means, their objects, and their manner.

So that as an imitator Sophocles will be on one side akin to Homer, both portraying good men; and on another to Aristophanes, since both present their personages as acting and doing. This in fact, according to some, is the reason for plays being termed dramas, because in a play the personages act the story. Hence too both Tragedy and Comedy are claimed by the Dorians as their discoveries; Comedy by the Megarians—by those in Greece as having arisen when Megara became a democracy, and by the Sicilian Megarians on the ground that the poet Epicharmus was of their country, and a good deal earlier than Chionides and Magnes; even Tragedy also is claimed by certain of the Peloponnesian Dorians. In support of this claim they point to the words 'comedy' and 'drama'. Their word for the outlying hamlets, they say, is comae, whereas Athenians call them demes—thus assuming that comedians got the name not from their comoe or revels, but from their strolling from hamlet to hamlet, lack of appreciation keeping them out of the city. Their word also for 'to act', they say, is dran, whereas Athenians use prattein.

So much, then, as to the number and nature of the points of difference in the imitation of these arts.

It is clear that the general origin of poetry was due to two causes, each of them part of human nature. Imitation is natural to man from childhood, one of his advantages over the lower animals being this, that he is the most imitative creature in the world, and learns at first by imitation. And it is also natural for all to delight in works of imitation. The truth of this second point is shown by experience: though the objects themselves may be painful to see, we delight to view the most realistic representations of them in art, the forms for example of the lowest animals and of dead bodies. The explanation is to be found in a further fact: to be learning something is the greatest of pleasures not only to the philosopher but also to the rest of mankind, however small their capacity for it; the reason of the delight in seeing the picture is that one is at the same time learning—gathering the meaning of things, e.g. that the man there is so-and-so; for if one has not seen the thing before, one's pleasure will not be in the picture as an imitation of it, but will be due to the execution or colouring or some similar cause. Imitation, then, being natural to us—as also the sense of harmony and rhythm, the metres being obviously species of rhythms—it was through their original aptitude, and by a series of improvements for the most part gradual on their first efforts, that they created poetry out of their improvisations.