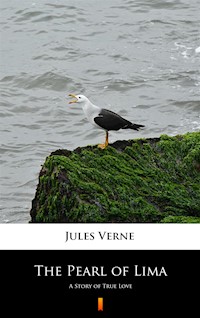 The Pearl of Lima. A Story of True Love ebook

This is a short romantic romance. „The Pearl of Lima” – one of the lesser-known works of Verne, and for good reason. This is one of his short novels, with a very simplified plot – lovers with crossed stars – and a very sharp ending. This book is romantic and intended for those who love classic prose. 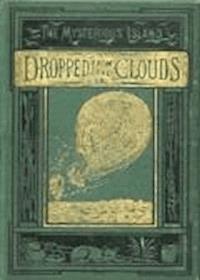 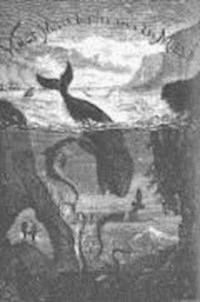 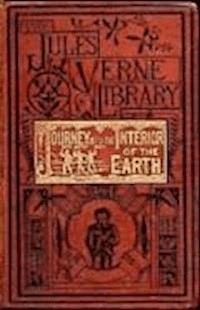 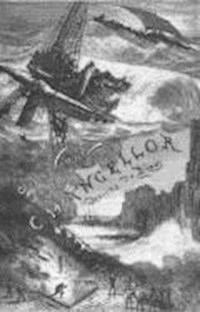 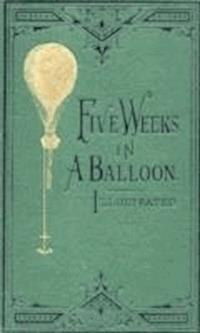 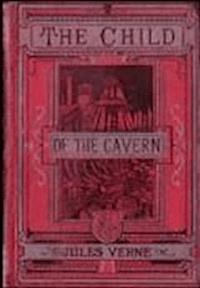 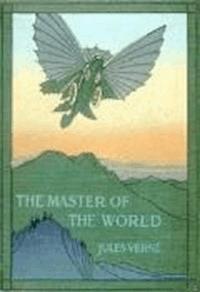 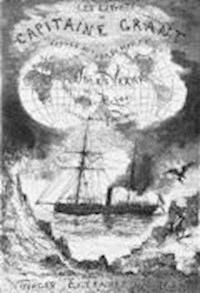 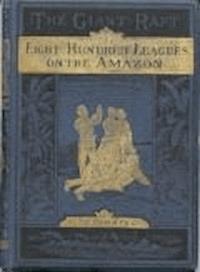 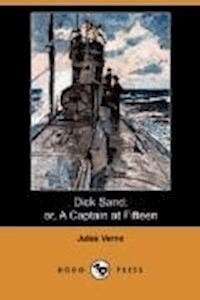 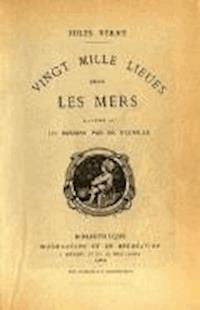 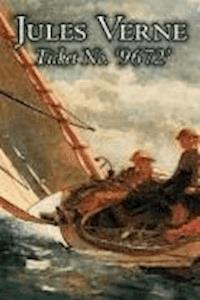 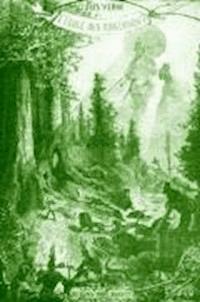 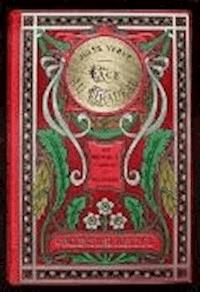 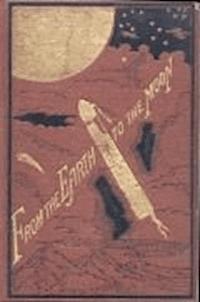 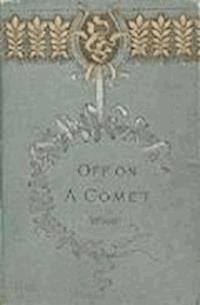 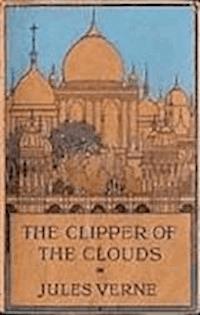 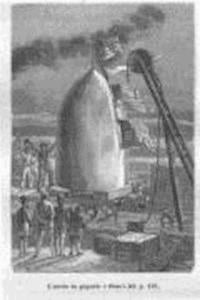 CHAPTER II. EVENING IN THE STREETS OF LIMA

CHAPTER III. THE JEW EVERY WHERE A JEW

CHAPTER V. THE HATRED OF THE INDIANS

CHAPTER VII. ALL INTERESTS AT STAKE

CHAPTER IX. THE CATARACTS OF THE MADEIRA

The sun had disappeared behind the snowy peaks of the Cordilleras; but the beautiful Peruvian sky long retains, through the transparent veil of night, the reflection of his rays; the atmosphere is impregnated with a refreshing coolness, which in these burning latitudes affords freedom of breath; it is the hour in which one can live a European life, and seek without on the verandas some cooling gentle zephyr; it seems as if a metallic roof was then interposed between the sun and the earth, which, retaining the heat and suffering only the light to pass, offers beneath its shelter a reparative repose.

This much desired hour had at last sounded from the clock of the cathedral. While the earliest stars were rising above the horizon, the numerous promenaders were traversing the streets of Lima, wrapped in their light mantles, and conversing gravely on the most trivial affairs. There was a great movement of the populace on the Plaza-Mayor, that forum of the ancient city of kings; artisans were profiting by the coolness to quit their daily labors; they circulated actively among the crowd, crying their various merchandise; the ladies of Lima, carefully enveloped in the mantillas which mask their countenances, with the exception of the right eye, darted stealthy glances on the surrounding masses; they undulated through the groups of smokers, like foam at the will of the waves; other señoras, in ball costume, coiffed only with their abundant hair or some natural flowers, passed in large calêches, throwing on the caballeros nonchalant regards.

But these glances were not bestowed indiscriminately upon the young cavaliers; the thoughts of the noble ladies could rest only on aristocratic heights. The Indians passed without lifting their eyes upon them, knowing themselves to be beneath their notice; betraying by no gesture or word, the bitter envy of their hearts. They contrasted strongly with the half-breeds, or mestizoes, who, repulsed like the former, vented their indignation in cries and protestations.

The proud descendants of Pizarro marched with heads high, as in the times when their ancestors founded the city of kings; their traditional scorn rested alike on the Indians whom they had conquered, and the mestizoes, born of their relations with the natives of the New World. The Indians, on the contrary, were constantly struggling to break their chains, and cherished alike aversion toward the conquerors of the ancient empire of the Incas and their haughty and insolent descendants.

But the mestizoes, Spanish in their contempt for the Indians, and Indian in their hatred which they had vowed against the Spaniards, burned with both these vivid and impassioned sentiments.

A group of these young people stood near the pretty fountain in the centre of the Plaza-Mayor. Clad in their poncho, a piece of cloth or cotton in the form of a parallelogram, with an opening in the middle to give passage to the head, in large pantaloons, striped with a thousand colors, coiffed with broad-brimmed hats of Guayaquil straw, they were talking, declaiming, gesticulating.

“You are right, André,” said a very obsequious young man, whom they called Milleflores.

This was the friend, the parasite of André Certa, a young mestizo of swarthy complexion, whose thin beard gave a singular appearance to his countenance.

André Certa, the son of a rich merchant killed in the last émeute of the conspirator Lafuente, had inherited a large fortune; this he freely scattered among his friends, whose humble salutations he demanded in exchange for handfuls of gold.

“Of what use are these changes in government, these eternal pronunciamentos which disturb Peru to gratify private ambition?” resumed André, in a loud voice; “what is it to me whether Gambarra or Santa Cruz rule, if there is no equality.”

“Well said,” exclaimed Milleflores, who, under the most republican government, could never have been the equal of a man of sense.

“How is it,” resumed André Certa, “that I, the son of a merchant, can ride only in a calêche drawn by mules? Have not my ships brought wealth and prosperity to the country? Is not the aristocracy of piasters worth all the titles of Spain?”

“It is a shame!” resumed the young mestizo. “There is Don Fernand, who passes in his carriage drawn by two horses! Don Fernand d’Aiquillo! He has scarcely property enough to feed his coachman and horses, and he must come to parade himself proudly about the square. And, hold! here is another! the Marquis Don Vegal!”

A magnificent carriage, drawn by four fine horses, at that moment entered the Plaza-Mayor; its only occupant was a man of proud mien, mingled with sadness; he gazed, without seeming to see them, on the multitude assembled to breathe the coolness of the evening. This man was the Marquis Don Vegal, knight of Alcantara, of Malta, and of Charles III. He had a right to appear in this pompous equipage; the viceroy and the archbishop could alone take precedence of him; but this great nobleman came here from ennui and not from ostentation; his thoughts were not depicted on his countenance, they were concentrated beneath his bent brow; he received no impression from exterior objects, on which he bestowed not a look, and heard not the envious reflections of the mestizoes, when his four horses made their way through the crowd.

“You will not hate him long.”

“I know it! All these nobles are displaying the last splendors of their luxury; I can tell where their silver and their family jewels go.”

“You have not your entrée with the Jew Samuel for nothing.”

“Certainly not! On his account-books are inscribed aristocratic creditors; in his strong-box are piled the wrecks of great fortunes; and in the day when the Spaniards shall be as ragged as their Cæsar de Bazan, we will have fine sport.”

“Yes, we will have fine sport, dear André, mounted on your millions, on a golden pedestal! And you are about to double your fortune! When are you to marry the beautiful young daughter of old Samuel, a Limanienne to the end of her nails, with nothing Jewish about her but her name of Sarah?”

“In a month,” replied André Certa, proudly, “there will be no fortune in Peru which can compete with mine.”

“But why,” asked some one, “do you not espouse some Spanish girl of high descent?”

“I despise these people as much as I hate them.”

André Certa concealed the fact of his having been repulsed by several noble families, into which he had sought to introduce himself.

His interlocutor still wore an expression of doubt, and the brow of the mestizo had contracted, when the latter was rudely elbowed by a man of tall stature, whose gray hairs proclaimed him to be at least fifty, while the muscular force of his firmly knit limbs seemed undiminished by age.

This man was clad in a brown vest, through which appeared a coarse shirt with a broad collar; his short breeches, striped with green, were fastened by red garters to stockings of clay-color; on his feet were sandals made of ojotas, ox-hide prepared for this purpose; beneath his high-pointed hat gleamed large ear-rings. His complexion was dark. After having jostled André Certa, he looked at him fixedly, but with no particular expression.

“Miserable Indian!” exclaimed the mestizo, raising his hand upon him.

His companions restrained him. Milleflores, whose face was pale with terror, exclaimed:

“A vile slave! to presume to elbow me!”