Returning to Russia from a sanitarium in Switzerland, the Christ-like epileptic Prince Myshkin finds himself enmeshed in a tangle of love, torn between two women—the notorious kept woman Nastasya and the pure Aglaia—both involved, in turn, with the corrupt, money-hungry Ganya. In the end, Myshkin’s honesty, goodness, and integrity are shown to be unequal to the moral emptiness of those around him. 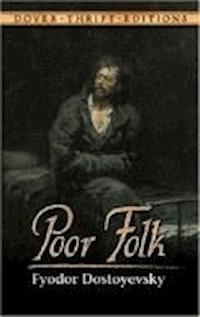 believe that to execute a man for murder is to punish him immeasurably more dreadfully than is equivalent to his crime. A murder by sentence is far more dreadful than a murder committed by a criminal. The man who is attacked by robbers at night, in a dark wood, or anywhere, undoubtedly hopes and hopes that he may yet escape until the very moment of his death. There are plenty of instances of a man running away, or imploring for mercy—at

You must imagine all that went before, of course, all—all. He had lived in the prison for some time and had not expected that the execution would take place for at least a week yet—he had counted on all the formalities and so on taking time; but it so happened that his papers had been got ready quickly. At five o'clock in the morning he was asleep—it was October, and at five in the morning it was cold and dark. The governor of the prison comes in on tip-toe and touches the sleeping man's shoulder gently. He starts up. 'What is it?' he says. 'The execution is fixed for ten o'clock.' He was only just awake, and would not believe at first, but began to argue that his papers would not be out for a week, and so on. When he was wide