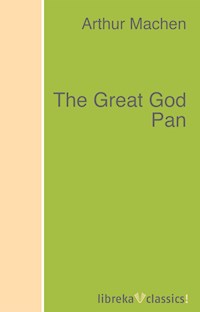 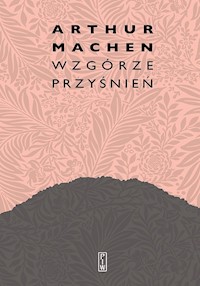 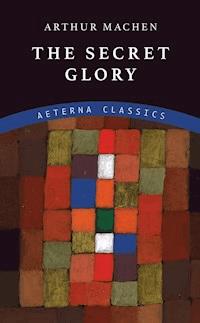 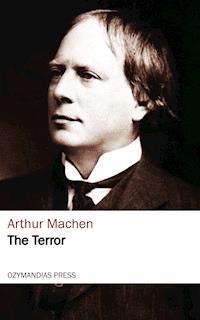 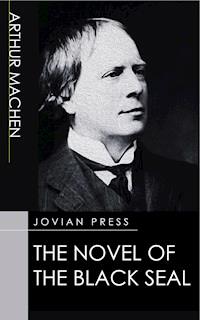 The Novel of the Black Seal
Arthur Machen

THE CITY OF RESURRECTIONS

THE DISCOVERY IN PAUL STREET

THE LETTER OF ADVICE

THE ENCOUNTER IN SOHO

"I am glad you came, Clarke; very glad indeed. I was not sure you could spare the time."

"I was able to make arrangements for a few days; things are not very lively just now. But have you no misgivings, Raymond? Is it absolutely safe?"

The two men were slowly pacing the terrace in front of Dr. Raymond's house. The sun still hung above the western mountain-line, but it shone with a dull red glow that cast no shadows, and all the air was quiet; a sweet breath came from the great wood on the hillside above, and with it, at intervals, the soft murmuring call of the wild doves. Below, in the long lovely valley, the river wound in and out between the lonely hills, and, as the sun hovered and vanished into the west, a faint mist, pure white, began to rise from the hills. Dr. Raymond turned sharply to his friend.

"Safe? Of course it is. In itself the operation is a perfectly simple one; any surgeon could do it."

"And there is no danger at any other stage?"

"None; absolutely no physical danger whatsoever, I give you my word. You are always timid, Clarke, always; but you know my history. I have devoted myself to transcendental medicine for the last twenty years. I have heard myself called quack and charlatan and impostor, but all the while I knew I was on the right path. Five years ago I reached the goal, and since then every day has been a preparation for what we shall do tonight."

"I should like to believe it is all true." Clarke knit his brows, and looked doubtfully at Dr. Raymond. "Are you perfectly sure, Raymond, that your theory is not a phantasmagoria—a splendid vision, certainly, but a mere vision after all?"

Dr. Raymond stopped in his walk and turned sharply. He was a middle-aged man, gaunt and thin, of a pale yellow complexion, but as he answered Clarke and faced him, there was a flush on his cheek.

"Look about you, Clarke. You see the mountain, and hill following after hill, as wave on wave, you see the woods and orchard, the fields of ripe corn, and the meadows reaching to the reed-beds by the river. You see me standing here beside you, and hear my voice; but I tell you that all these things—yes, from that star that has just shone out in the sky to the solid ground beneath our feet—I say that all these are but dreams and shadows; the shadows that hide the real world from our eyes. There is a real world, but it is beyond this glamour and this vision, beyond these 'chases in Arras, dreams in a career,' beyond them all as beyond a veil. I do not know whether any human being has ever lifted that veil; but I do know, Clarke, that you and I shall see it lifted this very night from before another's eyes. You may think this all strange nonsense; it may be strange, but it is true, and the ancients knew what lifting the veil means. They called it seeing the god Pan."

Clarke shivered; the white mist gathering over the river was chilly.

"It is wonderful indeed," he said. "We are standing on the brink of a strange world, Raymond, if what you say is true. I suppose the knife is absolutely necessary?"

"Yes; a slight lesion in the grey matter, that is all; a trifling rearrangement of certain cells, a microscopical alteration that would escape the attention of ninety-nine brain specialists out of a hundred. I don't want to bother you with 'shop,' Clarke; I might give you a mass of technical detail which would sound very imposing, and would leave you as enlightened as you are now. But I suppose you have read, casually, in out-of-the-way corners of your paper, that immense strides have been made recently in the physiology of the brain. I saw a paragraph the other day about Digby's theory, and Browne Faber's discoveries. Theories and discoveries! Where they are standing now, I stood fifteen years ago, and I need not tell you that I have not been standing still for the last fifteen years. It will be enough if I say that five years ago I made the discovery that I alluded to when I said that ten years ago I reached the goal. After years of labour, after years of toiling and groping in the dark, after days and nights of disappointments and sometimes of despair, in which I used now and then to tremble and grow cold with the thought that perhaps there were others seeking for what I sought, at last, after so long, a pang of sudden joy thrilled my soul, and I knew the long journey was at an end. By what seemed then and still seems a chance, the suggestion of a moment's idle thought followed up upon familiar lines and paths that I had tracked a hundred times already, the great truth burst upon me, and I saw, mapped out in lines of sight, a whole world, a sphere unknown; continents and islands, and great oceans in which no ship has sailed (to my belief) since a Man first lifted up his eyes and beheld the sun, and the stars of heaven, and the quiet earth beneath. You will think this all high-flown language, Clarke, but it is hard to be literal. And yet; I do not know whether what I am hinting at cannot be set forth in plain and lonely terms. For instance, this world of ours is pretty well girded now with the telegraph wires and cables; thought, with something less than the speed of thought, flashes from sunrise to sunset, from north to south, across the floods and the desert places. Suppose that an electrician of today were suddenly to perceive that he and his friends have merely been playing with pebbles and mistaking them for the foundations of the world; suppose that such a man saw uttermost space lie open before the current, and words of men flash forth to the sun and beyond the sun into the systems beyond, and the voice of articulate-speaking men echo in the waste void that bounds our thought. As analogies go, that is a pretty good analogy of what I have done; you can understand now a little of what I felt as I stood here one evening; it was a summer evening, and the valley looked much as it does now; I stood here, and saw before me the unutterable, the unthinkable gulf that yawns profound between two worlds, the world of matter and the world of spirit; I saw the great empty deep stretch dim before me, and in that instant a bridge of light leapt from the earth to the unknown shore, and the abyss was spanned. You may look in Browne Faber's book, if you like, and you will find that to the present day men of science are unable to account for the presence, or to specify the functions of a certain group of nerve-cells in the brain. That group is, as it were, land to let, a mere waste place for fanciful theories. I am not in the position of Browne Faber and the specialists, I am perfectly instructed as to the possible functions of those nerve-centers in the scheme of things. With a touch I can bring them into play, with a touch, I say, I can set free the current, with a touch I can complete the communication between this world of sense and—we shall be able to finish the sentence later on. Yes, the knife is necessary; but think what that knife will effect. It will level utterly the solid wall of sense, and probably, for the first time since man was made, a spirit will gaze on a spirit-world. Clarke, Mary will see the god Pan!"

"But you remember what you wrote to me? I thought it would be requisite that she—"

He whispered the rest into the doctor's ear.

"Not at all, not at all. That is nonsense. I assure you. Indeed, it is better as it is; I am quite certain of that."

"Consider the matter well, Raymond. It's a great responsibility. Something might go wrong; you would be a miserable man for the rest of your days."

"No, I think not, even if the worst happened. As you know, I rescued Mary from the gutter, and from almost certain starvation, when she was a child; I think her life is mine, to use as I see fit. Come, it's getting late; we had better go in."

Dr. Raymond led the way into the house, through the hall, and down a long dark passage. He took a key from his pocket and opened a heavy door, and motioned Clarke into his laboratory. It had once been a billiard-room, and was lighted by a glass dome in the centre of the ceiling, whence there still shone a sad grey light on the figure of the doctor as he lit a lamp with a heavy shade and placed it on a table in the middle of the room.

Clarke looked about him. Scarcely a foot of wall remained bare; there were shelves all around laden with bottles and phials of all shapes and colours, and at one end stood a little Chippendale book-case. Raymond pointed to this.

"You see that parchment Oswald Crollius? He was one of the first to show me the way, though I don't think he ever found it himself. That is a strange saying of his: 'In every grain of wheat there lies hidden the soul of a star.'"

There was not much furniture in the laboratory. The table in the centre, a stone slab with a drain in one corner, the two armchairs on which Raymond and Clarke were sitting; that was all, except an odd-looking chair at the furthest end of the room. Clarke looked at it, and raised his eyebrows.

"Yes, that is the chair," said Raymond. "We may as well place it in position." He got up and wheeled the chair to the light, and began raising and lowering it, letting down the seat, setting the back at various angles, and adjusting the foot-rest. It looked comfortable enough, and Clarke passed his hand over the soft green velvet, as the doctor manipulated the levers.

"Now, Clarke, make yourself quite comfortable. I have a couple hours' work before me; I was obliged to leave certain matters to the last."