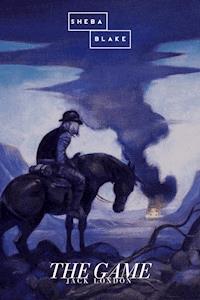 The Game is a 1905 novel by Jack London about a twenty-year-old boxer Joe, who meets his death in the ring. London was a sports reporter for the Oakland Herald and based the novel on his personal observations. Joe Fleming earns his livelihood as a sailmaker and supports his mother and sisters. He adds to his income by taking part in prize-fights at sporting clubs. He is due to be married to Genevieve, who works in the Silversteins' candy shop. Joe agrees to give up "The Game" but asks that Genevieve watch his last fight, on the eve of their wedding, and she reluctantly agrees. The story is told from Genevieve's point of view. 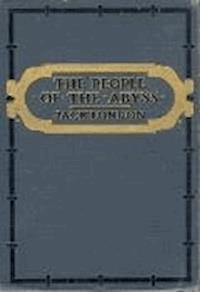 Many patterns of carpet lay rolled out before them on the floor--two of Brussels showed the beginning of their quest, and its ending in that direction; while a score of ingrains lured their eyes and prolonged the debate between desire pocket-book. The head of the department did them the honor of waiting upon them himself--or did Joe the honor, as she well knew, for she had noted the open-mouthed awe of the elevator boy who brought them up. Nor had she been blind to the marked respect shown Joe by the urchins and groups of young fellows on corners, when she walked with him in their own neighborhood down at the west end of the town.

But the head of the department was called away to the telephone, and in her mind the splendid promise of the carpets and the irk of the pocket-book were thrust aside by a greater doubt and anxiety.

"But I don't see what you find to like in it, Joe," she said softly, the note of insistence in her words betraying recent and unsatisfactory discussion.

For a fleeting moment a shadow darkened his boyish face, to be replaced by the glow of tenderness. He was only a boy, as she was only a girl--two young things on the threshold of life, house- renting and buying carpets together.

"What's the good of worrying?" he questioned. "It's the last go, the very last."

He smiled at her, but she saw on his lips the unconscious and all but breathed sigh of renunciation, and with the instinctive monopoly of woman for her mate, she feared this thing she did not understand and which gripped his life so strongly.

"You know the go with O'Neil cleared the last payment on mother's house," he went on. "And that's off my mind. Now this last with Ponta will give me a hundred dollars in bank--an even hundred, that's the purse--for you and me to start on, a nest-egg."

She disregarded the money appeal. "But you like it, this--this 'game' you call it. Why?"

He lacked speech-expression. He expressed himself with his hands, at his work, and with his body and the play of his muscles in the squared ring; but to tell with his own lips the charm of the squared ring was beyond him. Yet he essayed, and haltingly at first, to express what he felt and analyzed when playing the Game at the supreme summit of existence.

"All I know, Genevieve, is that you feel good in the ring when you've got the man where you want him, when he's had a punch up both sleeves waiting for you and you've never given him an opening to land 'em, when you've landed your own little punch an' he's goin' groggy, an' holdin' on, an' the referee's dragging him off so's you can go in an' finish 'm, an' all the house is shouting an' tearin' itself loose, an' you know you're the best man, an' that you played m' fair an' won out because you're the best man. I tell you--"

He ceased brokenly, alarmed by his own volubility and by Genevieve's look of alarm. As he talked she had watched his face while fear dawned in her own. As he described the moment of moments to her, on his inward vision were lined the tottering man, the lights, the shouting house, and he swept out and away from her on this tide of life that was beyond her comprehension, menacing, irresistible, making her love pitiful and weak. The Joe she knew receded, faded, became lost. The fresh boyish face was gone, the tenderness of the eyes, the sweetness of the mouth with its curves and pictured corners. It was a man's face she saw, a face of steel, tense and immobile; a mouth of steel, the lips like the jaws of a trap; eyes of steel, dilated, intent, and the light in them and the glitter were the light and glitter of steel. The face of a man, and she had known only his boy face. This face she did not know at all.

And yet, while it frightened her, she was vaguely stirred with pride in him. His masculinity, the masculinity of the fighting male, made its inevitable appeal to her, a female, moulded by all her heredity to seek out the strong man for mate, and to lean against the wall of his strength. She did not understand this force of his being that rose mightier than her love and laid its compulsion upon him; and yet, in her woman's heart she was aware of the sweet pang which told her that for her sake, for Love's own sake, he had surrendered to her, abandoned all that portion of his life, and with this one last fight would never fight again.

"Mrs. Silverstein doesn't like prize-fighting," she said. "She's down on it, and she knows something, too."

He smiled indulgently, concealing a hurt, not altogether new, at her persistent inappreciation of this side of his nature and life in which he took the greatest pride. It was to him power and achievement, earned by his own effort and hard work; and in the moment when he had offered himself and all that he was to Genevieve, it was this, and this alone, that he was proudly conscious of laying at her feet. It was the merit of work performed, a guerdon of manhood finer and greater than any other man could offer, and it had been to him his justification and right to possess her. And she had not understood it then, as she did not understand it now, and he might well have wondered what else she found in him to make him worthy.

"Mrs. Silverstein is a dub, and a softy, and a knocker," he said good-humoredly. "What's she know about such things, anyway? I tell you it IS good, and healthy, too,"--this last as an afterthought. "Look at me. I tell you I have to live clean to be in condition like this. I live cleaner than she does, or her old man, or anybody you know--baths, rub-downs, exercise, regular hours, good food and no makin' a pig of myself, no drinking, no smoking, nothing that'll hurt me. Why, I live cleaner than you, Genevieve--"

"Honest, I do," he hastened to add at sight of her shocked face. "I don't mean water an' soap, but look there." His hand closed reverently but firmly on her arm. "Soft, you're all soft, all over. Not like mine. Here, feel this."

He pressed the ends of her fingers into his hard arm-muscles until she winced from the hurt.

"Hard all over just like that," he went on. "Now that's what I call clean. Every bit of flesh an' blood an' muscle is clean right down to the bones--and they're clean, too. No soap and water only on the skin, but clean all the way in. I tell you it feels clean. It knows it's clean itself. When I wake up in the morning an' go to work, every drop of blood and bit of meat is shouting right out that it is clean. Oh, I tell you--"

He paused with swift awkwardness, again confounded by his unwonted flow of speech. Never in his life had he been stirred to such utterance, and never in his life had there been cause to be so stirred. For it was the Game that had been questioned, its verity and worth, the Game itself, the biggest thing in the world--or what had been the biggest thing in the world until that chance afternoon and that chance purchase in Silverstein's candy store, when Genevieve loomed suddenly colossal in his life, overshadowing all other things. He was beginning to see, though vaguely, the sharp conflict between woman and career, between a man's work in the world and woman's need of the man. But he was not capable of generalization. He saw only the antagonism between the concrete, flesh-and-blood Genevieve and the great, abstract, living Game. Each resented the other, each claimed him; he was torn with the strife, and yet drifted helpless on the currents of their contention.