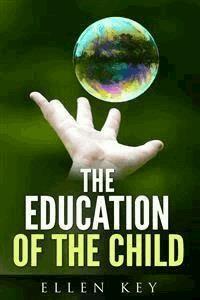 THE EDUCATION OF THE CHILD ebook

Edward Bok, Editor of the "Ladies' Home Journal," writes:"Nothing finer on the wise education of the child has ever been brought into print. To me this chapter is a perfect classic; it points the way straight for every parent and it should find a place in every home in America where there is a child." 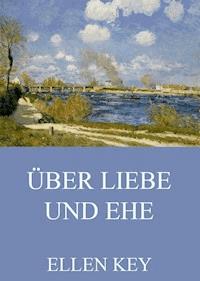 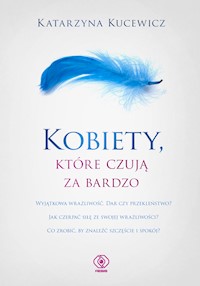 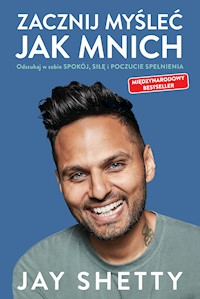 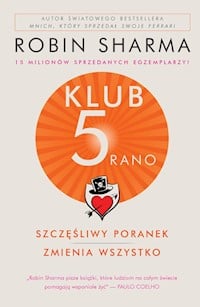 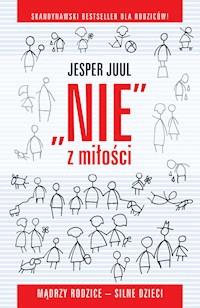 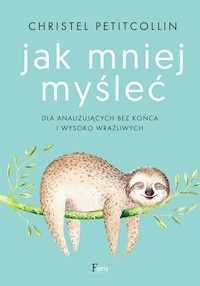 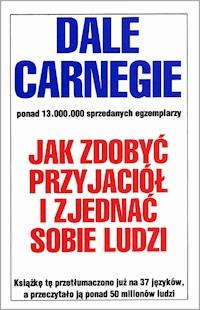 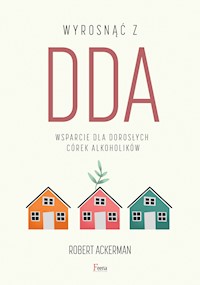 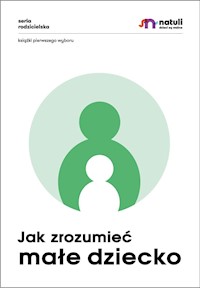 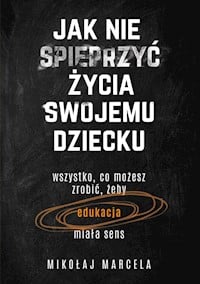 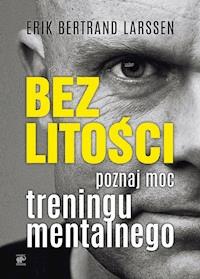 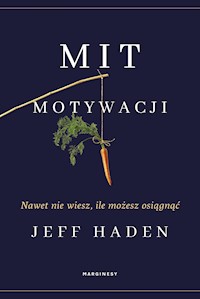 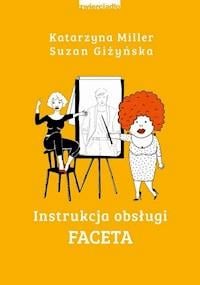 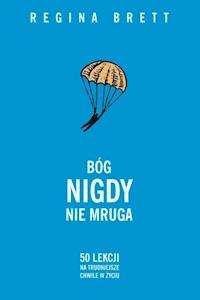 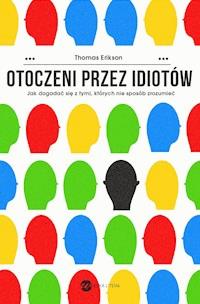 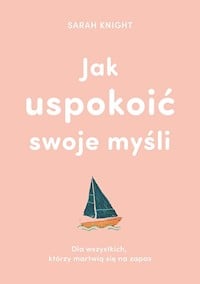 THE EDUCATION OF THE CHILD

"Nothing finer on the wise education of the child has ever been brought into print. To me this chapter is a perfect classic; it points the way straight for every parent and it should find a place in every home in America where there is a child."

THE EDUCATION OF THE CHILD

Goethe showed long ago in his Werther a clear understanding of the significance of individualistic and psychological training, an appreciation which will mark the century of the child. In this work he shows how the future power of will lies hidden in the characteristics of the child, and how along with every fault of the child an uncorrupted germ capable of producing good is enclosed. "Always," he says, "I repeat the golden words of the teacher of mankind, 'if ye do not become as one of these,' and now, good friend, those who are our equals, whom we should look upon as our models, we treat as subjects; they should have no will of their own; do we have none? Where is our prerogative? Does it consist in the fact that we are older and more experienced? Good God of Heaven! Thou seest old and young children, nothing else. And in whom Thou hast more joy, Thy Son announced ages ago. But people believe in Him and do not hear Him—that, too, is an old trouble, and they model their children after themselves." The same criticism might be applied to our present educators, who constantly have on their tongues such words as evolution, individuality, and natural tendencies, but do not heed the new commandments in which they say they believe. They continue to educate as if they believed still in the natural depravity of man, in original sin, which may be bridled, tamed, suppressed, but not changed. The new belief is really equivalent to Goethe's thoughts given above, i.e., that almost every fault is but a hard shell enclosing the germ of virtue. Even men of modern times still follow in education the old rule of medicine, that evil must be driven out by evil, instead of the new method, the system of allowing nature quietly and slowly to help itself, taking care only that the surrounding conditions help the work of nature. This is education.

Neither harsh nor tender parents suspect the truth expressed by Carlyle when he said that the marks of a noble and original temperament are wild, strong emotions, that must be controlled by a discipline as hard as steel. People either strive to root out passions altogether, or they abstain from teaching the child to get them under control.

To suppress the real personality of the child, and to supplant it with another personality continues to be a pedagogical crime common to those who announce loudly that education should only develop the real individual nature of the child.

They are still not convinced that egoism on the part of the child is justified. Just as little are they convinced of the possibility that evil can be changed into good.

Education must be based on the certainty that faults cannot be atoned for, or blotted out, but must always have their consequences. At the same time, there is the other certainty that through progressive evolution, by slow adaptation to the conditions of environment they may be transformed. Only when this stage is reached will education begin to be a science and art. We will then give up all belief in the miraculous effects of sudden interference; we shall act in the psychological sphere in accordance with the principle of the indestructibility of matter. We shall never believe that a characteristic of the soul can be destroyed. There are but two possibilities. Either it can be brought into subjection or it can be raised up to a higher plane.

Madame de Stael's words show much insight when she says that only the people who can play with children are able to educate them. For success in training children the first condition is to become as a child oneself, but this means no assumed childishness, no condescending baby-talk that the child immediately sees through and deeply abhors. What it does mean is to be as entirely and simply taken up with the child as the child himself is absorbed by his life. It means to treat the child as really one's equal, that is, to show him the same consideration, the same kind confidence one shows to an adult. It means not to influence the child to be what we ourselves desire him to become but to be influenced by the impression of what the child himself is; not to treat the child with deception, or by the exercise of force, but with the seriousness and sincerity proper to his own character. Somewhere Rousseau says that all education has failed in that nature does not fashion parents as educators nor children for the sake of education. What would happen if we finally succeeded in following the directions of nature, and recognised that the great secret of education lies hidden in the maxim, "do not educate"?

Not leaving the child in peace is the greatest evil of present-day methods of training children. Education is determined to create a beautiful world externally and internally in which the child can grow. To let him move about freely in this world until he comes into contact with the permanent boundaries of another's right will be the end of the education of the future. Only then will adults really obtain a deep insight into the souls of children, now an almost inaccessible kingdom. For it is a natural instinct of self-preservation which causes the child to bar the educator from his innermost nature. There is the person who asks rude questions; for example, what is the child thinking about? a question which almost invariably is answered with a black or a white lie. The child must protect himself from an educator who would master his thoughts and inclinations, or rudely handle them, who without consideration betrays or makes ridiculous his most sacred feelings, who exposes faults or praises characteristics before strangers, or even uses an open-hearted, confidential confession as an occasion for reproof at another time.

The statement that no human being learns to understand another, or at least to be patient with another, is true above all of the intimate relation of child and parent in which, understanding, the deepest characteristic of love, is almost always absent.

Parents do not see that during the whole life the need of peace is never greater than in the years of childhood, an inner peace under all external unrest. The child has to enter into relations with his own infinite world, to conquer it, to make it the object of his dreams. But what does he experience? Obstacles, interference, corrections, the whole livelong day. The child is always required to leave something alone, or to do something different, to find something different, or want something different from what he does, or finds, or wants. He is always shunted off in another direction from that towards which his own character is leading him. All of this is caused by our tenderness, vigilance, and zeal, in directing, advising, and helping the small specimen of humanity to become a complete example in a model series.

I have heard a three-year-old child characterised as "trying" because he wanted to go into the woods, whereas the nursemaid wished to drag him into the city. Another child of six years was disciplined because she had been naughty to a playmate and had called her a little pig,—a natural appellation for one who was always dirty. These are typical examples of how the sound instincts of the child are dulled. It was a spontaneous utterance: of the childish heart when a small boy, after an account of the heaven of good children, asked his mother whether she did not believe that, after he had been good a whole week in heaven, he might be allowed to go to hell on Saturday evening to play with the bad little boys there.

The child felt in its innermost consciousness that he had a right to be naughty, a fundamental right which is accorded to adults; and not only to be naughty, but to be naughty in peace, to be left to the dangers and joys of naughtiness.

To call forth from this "unvirtue" the complimentary virtue is to overcome evil with good. Otherwise we overcome natural strength by weak means and obtain artificial virtues which will not stand the tests which life imposes.

It seems simple enough when we say that we must overcome evil with good, but practically no process is more involved, or more tedious, than to find actual means to accomplish this end. It is much easier to say what one shall not do than what one must do to change self-will into strength of character, slyness into prudence, the desire to please into amiability, restlessness into personal initiative. It can only be brought about by recognising that evil, in so far as it is not atavistic or perverse, is as natural and indispensable as the good, and that it becomes a permanent evil only through its one-sided supremacy.

The educator wants the child to be finished at once, and perfect. He forces upon the child an unnatural degree of self-mastery, a devotion to duty, a sense of honour, habits that adults get out of with astonishing rapidity. Where the faults of children are concerned, at home and in school, we strain at gnats, while children daily are obliged to swallow the camels of grown people.

The art of natural education consists in ignoring the faults of children nine times out of ten, in avoiding immediate interference, which is usually a mistake, and devoting one's whole vigilance to the control of the environment in which the child is growing up, to watching the education which is allowed to go on by itself. But educators who, day in and day out, are consciously transforming the environment and themselves are still a rare product. Most people live on the capital and interest of an education, which perhaps once made them model children, but has deprived them of the desire for educating themselves. Only by keeping oneself in constant process of growth, under the constant influence of the best things in one's own age, does one become a companion half-way good enough for one's children.