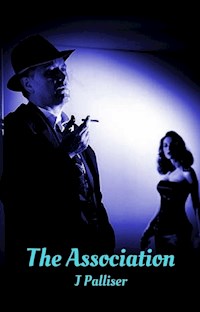 What grim motive was behind the terroristic frightening of those beautiful New York models, and behind the murder that accompanied it? I, Austin Green, had two dangerous reasons for wanting to find out . . . . ***     A noir mystery set in 1945... A photographer is murdered... who did it and why? 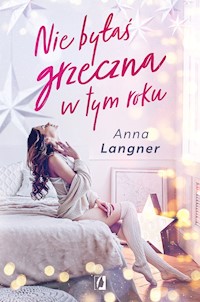 Johnny Walnut said; “I’m telling you, Austin, this doll is something. You can take your million-dollar models and throw them all together and you ain’t got nothing that can touch her.”

I regarded him with amusement. He was a funny little man with red hair and the sharpest-pointed nose I’ve ever seen. A photographer, and a good one, he preferred to freelance rather than take a job, although he could have commanded an excellent salary.

“I like to take pictures of what I want, the way I want to take them,” he told me once, and I believed him.

“Take it easy, Johnny,” I said, winking at Henry Gaylord, my agency manager. “You’ll blow a fuse. To hear you tell it, this tomato is super-extra. I’d almost think you were gone on her if I didn’t know that you regard women as strictly from hunger.”

He grinned, the red climbing up his pinched cheeks until it reached his oversized ears and colored them. “I wouldn’t know about that.” He’d lowered his voice. “You see, the way I feel about this Terri . . . all I want to do is sit and look at her, like you would look at a statue or something.”

“Bring her around,” I said. “We could use something like that. Most of the girls nowadays have been walking around in moccasins so long that they shuffle like an Indian.”

He grinned. Henry Gaylord said in his worried voice, “Now, Austin, don’t be hasty. This girl probably just fell out of that tree that grows in Brooklyn. If you have Johnny bring her in, she’ll get big ideas and—”

“She wouldn’t come anyway,” said Johnny. “I don’t get it. I told her I knew you— kind of building myself up, you know—and she acted sort of scared.”

“Maybe,” said Henry slowly, “she belongs to this model association. If so, we don’t want any part of her.”

I swung my chair around to look at him. “Model association? What’s that? Do any of our girls belong?”

He shook his head. “It isn’t that kind of an association. In fact, I think it’s some kind of racket. The cheaper jobbers and ready-to-wear houses that have one and two girls are bothered. I was talking to a friend of mine in the trade the other day. It seems he has to hire the girls they tell him to—or something might happen to his business.”

Henry shrugged and looked appealingly toward Johnny Walnut. “Austin’s so used to being the head of the great Green Agency that he can’t imagine anyone who isn’t afraid of him.”

“It isn’t that,” I said. “It’s just that that kind of talk doesn’t make sense. Sure, I know there are chiselers around town who would move into anything that looked like they could squeeze a dime out of, but those girls, modeling in the ready-to-wear trade, aren’t making enough to attract any kind of a rat. Someone’s been kidding you. Now, you both get out and let me work.”

THEY went and I proceeded to forget all about Johnny and this Terri Hall. I probably would never have thought of the name again if Johnny hadn’t been waiting at the bus stop three nights later when I paused in the hope of picking up a cab.

His face lighted when he saw me and he pulled a big old-fashioned hunter-case watch from the pocket of his sagging vest.

“Hi, Austin. Where you headed?”

I said that I was going home. I was tired of arguing with girls. To those of you who see the photographs of my models on advertising or magazine covers, it may seem that it would be fun to argue with some of the models once in awhile, but when you put in eight hours, six days every week, coping with their temperament, satisfying their whims, temporizing with advertisers, photographers and the like, you get very tired of women.

“Look,” he said in his small, eager voice. “It’s early, not four-thirty yet. They’re having a little show for some out-of-town buyer down at Inga’s House of Style. That Terri Hall that I was telling you about. She’s working down there. You can get a look at her without her knowing.”

“Please, Austin... tell you what I’ll do. I’ll handle those Radford pictures you’ve been after me to take, if you’ll come down. It won’t take half an hour... Hey, taxi!” His arm had gone up and signaled a passing cab which slid to a stop before us.

Johnny had the door open, was shoving me inside and giving the driver a Twenty-second Street address. I shrugged and settled back in the seat. It was easier to go along than it was to argue.

The building before which the cab stopped was an old one, housing a succession of lofts and small show rooms. The one on the third floor into which Johnny piloted me was no different from a hundred others scattered through New York’s sprawling garment center.

Around the showroom were scattered a half-dozen buyers from little chains of ready-to-wear shops from all across the country. It was no different from crowds that you could see at one of these places any time a new line was being shown, but the girl who came through the far door was decidedly different.

I didn’t need the tug which Johnny Walnut gave my coattail to know that this was the girl we’d come to see. I watched her instinctively, as a trainer might size up a horse. Models were my business, after all.

She was beautiful, but to me that was of secondary importance. It was the way she walked, the little extra touch that she gave to the clothes she wore.

A little difference is big in models.

THE outfit she was modeling was cheap and badly designed, but on her it looked as if it might have come from Sak’s. She wore almost no make-up, yet her skin looked as smooth and soft as a peach.

“What did I tell you!” Johnny whispered gleefully. “Some dish, what?” Before I could stop him, he’d stepped forward and caught the girl’s arm as she was about to disappear through the door to the fitting room. He led her, protesting, toward where I stood and I felt every eye fin the room turned in our direction. As they reached me, Johnny was saying, “Snap out of it, sugar. This is Austin Green. His agency is almost as large as the Powers outfit. You can’t afford to miss a chance like this.”

I could tell by her face that his words excited her, but under the excitement there was something else that seemed very like fear. “I... I’m not supposed to talk to anyone,” she said.

I stepped to meet them. This girl intrigued me. Mostly I have to fight shy to keep from meeting them. Here was one who hesitated at meeting me.