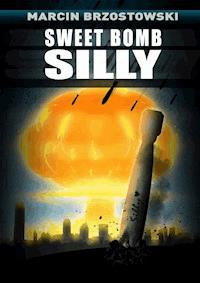 “Sweet bomb Silly” is a novel (thriller) whose protagonist is an aerial bomb named Silly, equipped with an individual thinking process substitute, or a kind of artificial  intelligence. As a result of numerous events, she becomes entangled in a conflict between two opposing armies. The thinking and feeling bomb watches people who aim at initiating another war. Learning their motivation, she learns much about life and discovers her real nature. 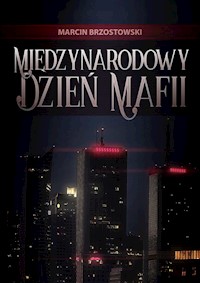 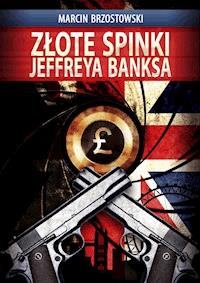 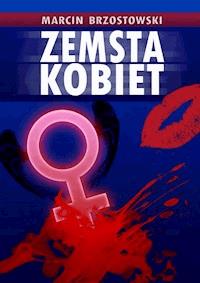 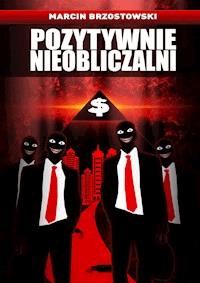 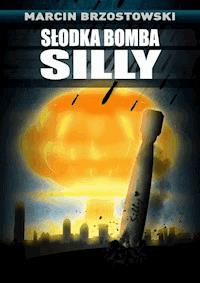 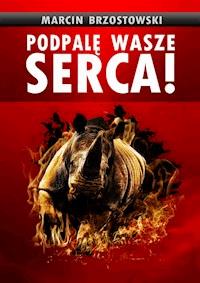 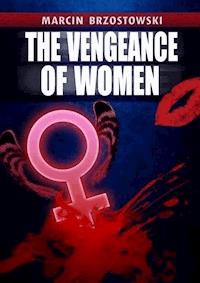 The vengeance of Women
Marcin Brzostowski 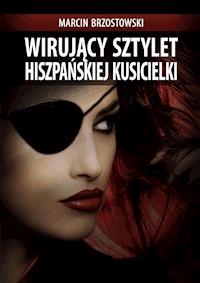 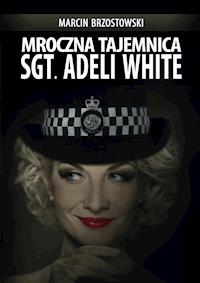 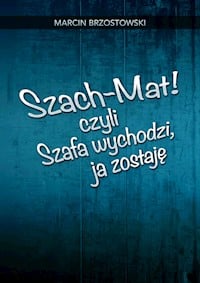 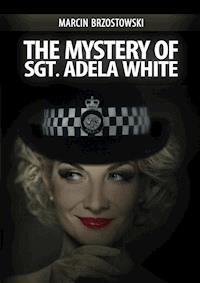 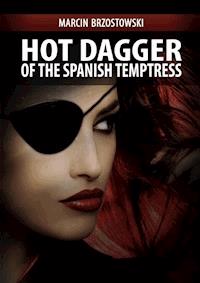 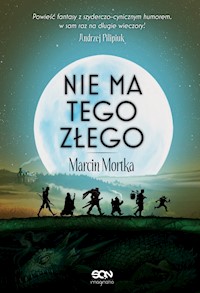 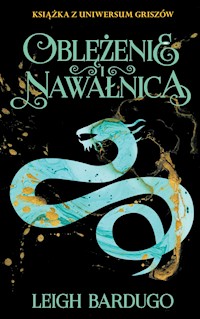 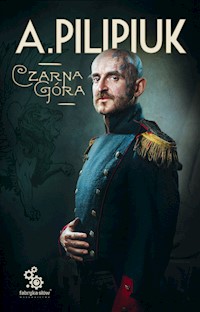 All characters appearing in this work are fictitious.

It was 5.00 p.m. sharp when general Ashley W.W.W. Black’s jeep drove through the flower decorated gate of the Bombs and Grenades Factory ltd. in Czernievo and stopped in front of the Administration Office. On the doorstep of a small red brick building, there were colonel Henry W.W. Willwood, two nameless majors, four totally meaningless captains and sergeant Malvina ‘Nonpruderia’ Snowbeard, irreplaceable in such situations, waiting for him. When general Black got out of his jeep and stepped on an amaranthine carpet, the sergeant immediately ran towards him and, swaying her hips coquettishly, she chirped:

Pleased with himself, general Ashley W.W.W. Black greeted the gathering with a wink, peeped into the contents of sergeant Snowbeard’s shirt and, suddenly raising his hand in a Nazi gesture, he shouted:

Colonel Henry W.W. Willwood seemed calmed down with this not so serious behavior of the general. He realized that his superior was in an extremely good mood and there was no need to worry. He remembered quite well the situation from two years ago when, during an annual inspection in the Factory, general Black had impersonated a Roman archer-courtesan, and had provoked many excesses he would be glad to forget.

Colonel Willwood had known general Black for over twenty years and he was aware that the reason for those eccentric acts was some unpleasant incident that had happened a couple of years before, during his peace mission in Afghanistan. Due to his inborn carelessness, general Black got captured and, in compensation for bombing an Afghan village by the Allied Forces, he was forced to pretend to be a goat. And what it means to a heterosexual man, know only the mountain-dwellers who pasture sheep and share with them long weeks of loneliness. When the Allied Forces soldiers finally managed to liberate their brave commander, he was no longer the same man. He started wearing trousers made of the thickest possible fabric accepted by the army, organizing orgies with both wild and domesticated animals, and making up various quizzes for his subordinates, which often resulted in fights. Therefore, seeing his smiling face, colonel Willwood sighed with visible relief and broke from the rank. He stepped forward, saluted and spoke on behalf of the crew:

“At ease”, ordered general Ashley W.W.W. Black. “I hope your papers are in a perfect order, ‘cause I don’t feel like shooting anyone today.”

“Yes, Sir!” Colonel Willwood armed himself with an enormous smile. “Should you, by any chance, change your mind, I have a few officers always at your service.”

“That’s perfect!” General Black rubbed his hands. “But, before we start the inspection, how about a little bet?”

“Well,” the general started to pick his nose, “don’t worry, Henry. I’ll think of something!”

As he promised, general Black tapped his temple with his finger, peeped at sergeant Malvina ‘Nonpruderia’ Snowbeard’s breasts and sentenced:

“I bet you 100 euros each that you don’t know the color of the carpet I’m standing on!”

“That’s easy, General”, said the colonel. “The carpet is red.”

“If not red, then it’s purple”, sergeant Snowbeard interjected.

“Wrong! Any other suggestions?”

“I know”, colonel Henry W.W. Willwood patted a nameless major on his back.

“The carpet is coral-red.”

“Missed!” The general almost burst out, laughing. “The last chance!”

“I know”, the sergeant pouted like a film star and dealt a final blow. “It is amaranthine.”

“No, no, no!” General Ashley W.W.W. Black triumphed over the defeated. “Do you want to know the color?”

200 euros richer, general Black suddenly turned towards his jeep, called for his driver, lieutenant Cox, and whispered something to his ear. Then he directed his eyes to the hosts and said:

“As I want to play fair, I will say the color of the carpet and lieutenant Cox will decide who is right. OK?”

“Well,” the general started drooling over his female subordinate, “the carpet is burgundy!”

When lieutenant Cox stated that the carpet was burgundy, the crew of the Bombs and Grenades Factory ltd. in Czernievo, lead by colonel Henry W.W. Willwood, shouted out loud ‘Wow’, which was supposed to mean that their representatives did not give the proper answer and they accepted their defeat. Sergeant Malvina ‘Nonpruderia’ Snowbeard started collecting 100 euros from each of the officers, adding her own greenish banknote at the end. Then, she counted the money, adjusted her slightly falling right stocking and approached the general with a smile. Looking into his sparkling eyes, she pouted her lips and said:

“It was an insanity, thinking we could win this bet. Once more, you’ve proved that you are an exceptional leader. Here is your 800 euros.”

“What?” General Black seemed surprised. “But there were only two of you in the competition.”

“That’s right, General.” Sergeant Snowbeard didn’t lose her spirit. “But we’re all like one big family. Each of us was supposed to pay 100 euros, and here it is. That’s why your prize is 800 euros.”

General Ashley W.W.W. Black looked at the officers suspiciously, but he couldn’t find any trace of disagreement on their faces. Thus, he decided to take the money as fast as possible and share the joy with his subordinates. He quickly put the pile of banknotes into his pocket, hopped three times and cried:

When he finally landed on the ground, he did two forward and backward rolls, eased his breath and turned to lieutenant Cox:

“Lieutenant? Do you believe anyone here could take me for a ride?”

“I guess, not.” The lieutenant’s face suddenly turned red.

“They can cook the books everywhere, but not here!”

“Besides, I don’t need an accountant to know if I’m being screwed over or not!”

“Or maybe you disagree?”

“Then, go back to your jeep and wait for me there. Departure at 8 p.m. sharp!”

Accompanied by contemptuous stares of the staff of Bombs and Grenades Factory ltd. in Czernievo, lieutenant Cox returned to his car and started studying the latest issue of First-Class Military Accountancy. Although he felt like he’d been put through the wringer, he decided not to show the slightest sign of weakness. He ostentatiously put his favorite magazine on the jeep’s steering wheel and, ignoring the taunts of four completely meaningless captains, he started expanding his intellectual horizons. Meanwhile, overjoyed general Black checked in his pocket for the pile of banknotes, grinned and entered the Administration Office in a dignified manner. He was immediately followed by colonel Henry W.W. Willwood and sergeant Malvina ‘Nonpruderia’ Snowbeard. When general Ashley W.W.W. Black came into the colonel’s office and sat behind his desk, he heard a delicate, almost soothing music flowing from a hi-fi set which remembered the times of a peace mission in Iraq. The sounds of acoustic harp and sweet croaking of frogs made his eyes water and he spoke with a trembling voice:

“It’s not the same army as it used to be. And what kind of idea is that, to force an experienced and honored general to be accompanied by some whipper-snapper lieutenant who is an accountant at the same time!”

“Do those shitfaces think I can’t say if someone screws me over?”

“When I was taken captive and abused in all possible ways, they were still wet behind the ears.”

“That’s all true.” The colonel made a stern expression.

“Those fuckers, they will see my worth when another war begins.”

“There will be a war?” Sergeant Snowbeard visibly brightened up.

“Oh, yes!” The general started to pull himself together. “But for now, it’s a secret.”

“And you can’t say a word, can you?” Colonel Henry W.W. Willwood reached for a bottle of whiskey.

“Even to your friends?” Sergeant Malvina ‘Nonpruderia’ Snowbeard put a glass straight under the general’s nose.

“I can only tell you that the Allied Forces will strike unexpectedly and with incredible power. And we are talking about Bolivia, Uganda, or Guatemala.”

“And what’s this war all about?” Colonel Willwood finally poured a great portion of the beverage into his guest’s glass. “After all, there’s no oil there.”

“So what is this all about?” Sergeant Snowbeard fluttered her eyelashes.

“You won’t tell anyone?”

“It is about”, general Ashley W.W.W. Black finally regained his self-assurance, “strategic supplies of peanuts!”

The general’s declaration confounded the audience. They immediately assumed their superior went nuts. It was only after a while when they realized the idea of military intervention in one of the mentioned countries was so absurd that it might indeed be a figment of the highest rank officers’ rich imagination. Therefore, as colonel Henry W.W. Willwood didn’t want to lose the lifetime chance, he gave the sergeant a sign to put down every single word she just heard and enter the data into the computer. In the meantime, the general, completely unaware of the significance of the revealed information, took a gulp of whiskey, lit a cigarette and then, visibly relaxed, said:

“Before I give a speech to this year’s graduates, I have to check your balance sheet.”