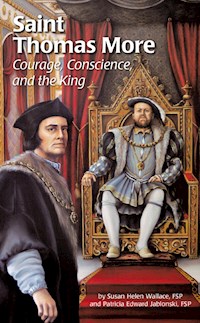 Capturing a glimpse into the life of a Catholic torn between his faith and duty to his country, this 33rd volume in the Encounter the Saints series familiarizes children 9-12 with the life story of Saint Thomas More. He is a timely example for young people in the current culture that is often contrary to the teachings of the Church. With his assistance, children will be inspired and encouraged to stand up for their faith in all situations, regardless of the sacrifice. 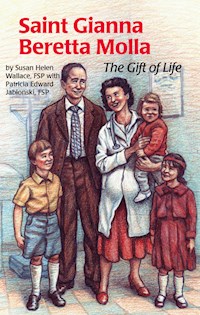 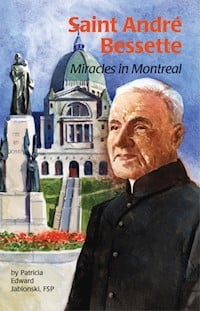 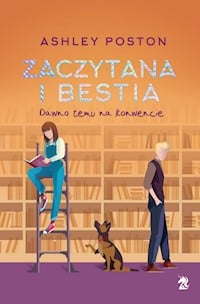 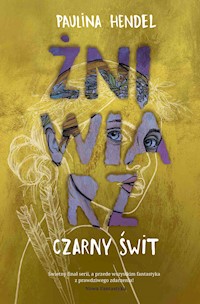 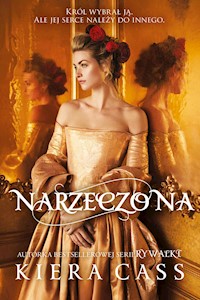 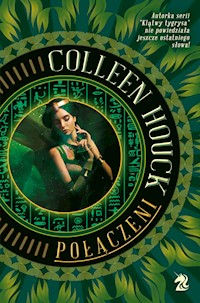 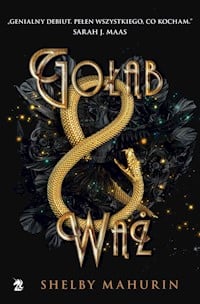 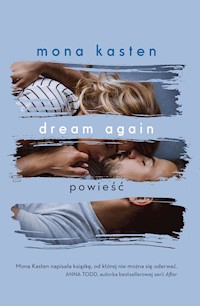 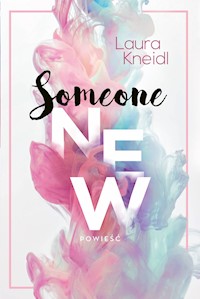 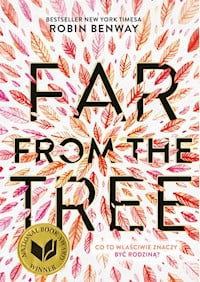 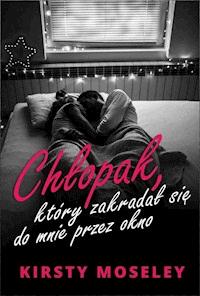 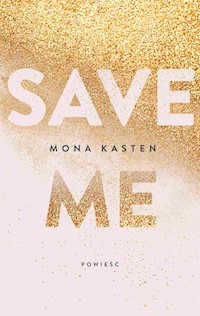 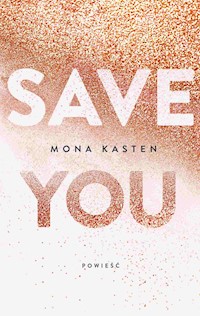 Courage, Conscience, and the King

You wrote love on every page.

And Our Lady of the Miraculous Medal

Blessed by the Cross

The Gift of Life

A Priest for All People

And Our Lady of Guadalupe

For other children’s titles on the saints, visit our Web site:www.pauline.org.

12. The Undoing of Wolsey

Thursday, February 7, 1478, was cold and cloudy as is common for a winter’s day in London, England. Inside the nursery of the More household, a warm fire blazed and crackled. Snug in his cradle, a newborn baby slept under the dancing light.

Sir John More gazed thoughtfully at his son. “You shall surely grow up to be a lawyer, my little Thomas,” he whispered, “not a merchant like the grandfather you are named after. No, you will be a barrister—like I am.”

As was the custom of fifteenth-century Catholics, Thomas was baptized within a week of his birth. Though the baby was named after his grandfather, he also shared his name with a popular English martyr. Three centuries earlier, Saint Thomas Becket had been born just twenty yards from the More family’s home on Milk Street.

Thomas was the second of six children born to John and Agnes More, but only four of their children survived past infancy. Young Thomas loved being with his older sister and younger brother and sister. The boy had a friendly, cheerful personality, and was always ready for some laughter and excitement. His mother also noticed something special about him: Thomas loved to pray.

Soon enough it was time for Thomas to begin his studies. British schools were known to be very strict, and students were required to work hard. Even though he was only seven, there wasn’t much time for fun and games! Since textbooks were so expensive, they were rare. So memorization and discussion were the most popular teaching methods.

“I hope our lively Thomas can adjust,” Mrs. More fretted. “Spending long hours in a classroom will be a big change from the life he is used to.”

“He will do just fine, Agnes,” Sir John assured her. “He’s a bright lad, after all.”

Thomas and his classmates walked the short distance to Saint Anthony’s School on Threadneedle Street. The headmaster, Nicholas Holt, greeted each student at the door. “Good morning, Master More,” he said bending to give Thomas a firm handshake. “Welcome to Saint Anthony’s.”

Thomas eyed his large classroom. He noticed that some of the other boys seemed nervous and fearful. There is nothing to be afraid of, he thought. This is something new and exciting! And no girls!

In some ways, Thomas was like his father—quick, clever, and sociable. But he was also very much his own person. Sir John More knew how to charm people into giving him what he wanted, especially those who were considered important and influential. Young Thomas, however, never made distinctions about social class or standing. He enjoyed the company of all his friends, and he valued the unique gifts of each of them equally.

Headmaster Holt was a close friend of John Morton, the Archbishop of Canterbury and Lord Chancellor of England. Sir John More saw this as an opportunity for Thomas to serve in the archbishop’s large household. I want my son to be a success, Sir John reasoned. Thomas is intelligent and talented, and there will be many powerful people for him to meet at the archbishop’s residence. Even though he’s still young, Thomas will be able to make influential social connections there that will be useful to him all his life.

However Sir John managed it, he was overjoyed when Thomas completed his five years at Saint Anthony’s School and was appointed a page, or personal attendant, to Archbishop Morton. Thomas was about twelve when he moved to the archbishop’s residence at Lambeth Palace.

Archbishop Morton was a powerful man, but he was also elderly and frail. The damp English climate had never bothered him in his younger years, but now his aches and pains were constant. Nevertheless, he held himself erect and went out of his way to be pleasant and welcoming to the many persons who came to visit him.

Thomas learned his duties well. He was always by the archbishop’s side, ready to serve him something at the dinner table or run an errand. On special occasions, Archbishop Morton would invite a group of actors to perform a play while he and his guests enjoyed a leisurely meal. Thomas felt at home enough to join the players in their skits. He would make up his own part and deliver speeches on the spot. On one of these occasions, the archbishop leaned toward his visitors and pointed to Thomas. “Keep an eye on that young page,” he advised. “Those of you who may live long enough will see him grow to be a marvelous man.”

After two years of service at Lambeth Palace, Thomas was ready to move on to the next stage of his education.

“Thank you for everything, Your Grace,” Thomas said quietly as he knelt to receive the archbishop’s blessing. “I’ve learned so much from you. I shall miss you, but I promise I will always remember you . . .”

“I shall miss you, too,” the elderly man replied, his eyes welling up with tears. “Go with God, Thomas—and my blessing. Go with God.”

“All my friends will have at least a little spending money—”

Moving from London to Oxford University was an adventure. Thomas would be attending Canterbury College at the university. Who knew what awaited him behind those ancient stone walls?

As the carriage driver brought the horse to a halt before the impressive building, Thomas turned to his father. “Sir, in driving through the town I could not help but notice how expensive things are here in Oxford.” He proceeded with caution. “Concerning my allowance, Father, I’m wondering if it will be enough . . . under these new circumstances, I mean.”

“It is not at all meager if you stay in your room and study,” his father replied.

Thomas tried again. “All my friends will have at least a little spending money—”

“Well, not one of them is my son,” Sir John broke in. “I want to keep you away from frivolous parties and other things that are just a waste of time. Very few young men are able to attend university at all, let alone one like Oxford that has been respected for centuries. This is a chance of a lifetime, Thomas. I expect you to make the most of it.”

Thomas had to admit defeat. “Yes, sir,” he replied. “I promise to try my best.”

Thomas had learned to work hard at Saint Anthony’s School. But the life of an Oxford student was even more rigid and demanding.

“I wish we didn’t have to get up so early in the morning,” Thomas said as he walked into the chapel for Mass at 5:00 AM.

“And I wish we didn’t have to wait so long to eat. I’m starving!” whispered one of the other students.

The students at Oxford had no breakfast. Every day, Mass was followed by the first class at 6:00 AM sharp. The first of two meals wasn’t served until 10:00 AM. After that, more lectures and tutorial discussions filled the remainder of the day until the final meal at 5:00 PM. All the students were required to be in their rooms by 8:00 PM.

Attending Oxford wasn’t going to be easy. But with his usual optimism, Thomas was committed to making the most of his opportunity to learn. In time, he grew to love the simple and disciplined life he lived there.

With few distractions, Thomas began to notice and appreciate things that he might not have paid much attention to otherwise. The fine architecture of the buildings in which he now lived, the gorgeous landscape, the companionship of his friends: these were the things he came to value most. And, as Thomas developed a thirst for knowledge that would characterize the rest of his life, another, deeper fire was beginning to burn within him, too. Above everything else, Thomas longed for greater union with God.

At Oxford, Thomas met Father John Colet who became his spiritual advisor, confessor, and friend. Father Colet was a New Testament scholar and a very dedicated priest. Thomas was impressed by the priest’s sincere happiness in his vocation. He admired Father Colet’s commitment to God and his Church. “There are so many influences coming at a person,” Thomas once confided to Father Colet, “and so many choices to make.”

“You’re right, Thomas,” the wise priest replied. “I have learned to trust that the Lord will show me my own place in life. I’m sure in time he will do the same for you.”