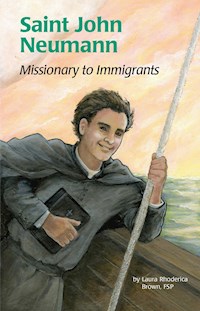 Learn about the life of the holy man who became the only canonized North American bishop, St. John Neumann. Join him on his adventures in following God’s will as he travels from Europe to America and becomes a Redemptorist priest. Later, when the pope makes him Bishop of Philadelphia, he journeys throughout his new diocese to meet the people. Listening to the needs of his flock, he built thirty churches, started the Catholic school system, and was loved by all. 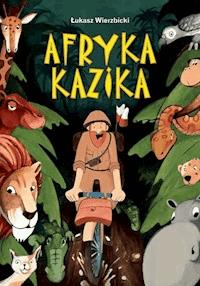 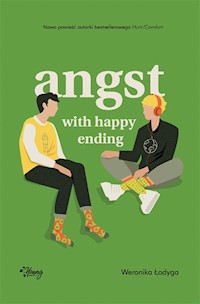 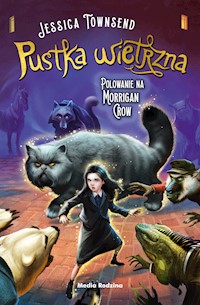 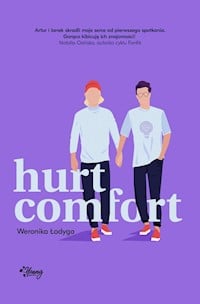 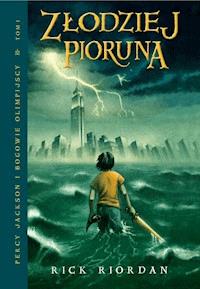 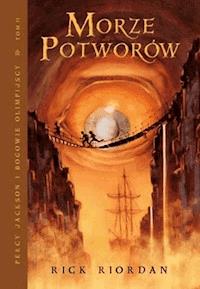 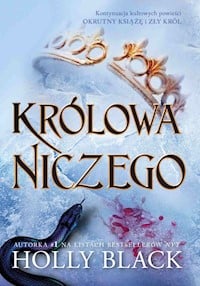 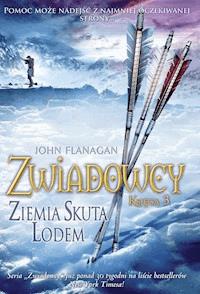 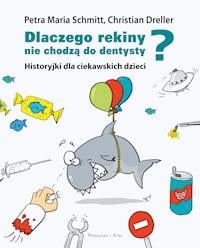 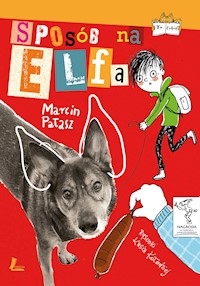 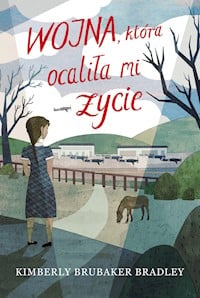 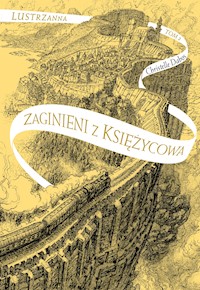 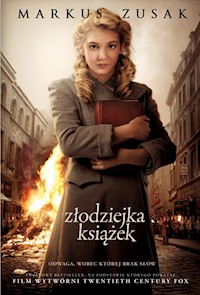 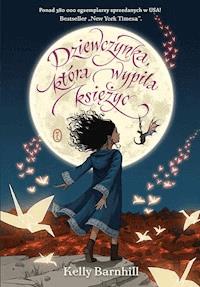 And Our Lady of the Miraculous Medal

The Gift of Life

Courage, Conscience, and the King

For even more titles in theEncounter the Saints series,visit: www.pauline.org./EncountertheSaints

9. Heading to a New Land

“Mama! Mamaaaaaaaa! I can hear John talking to himself. Tell him to go to sleep!”

“Wenceslaus, what is going on?” asked Mama Agnes as she shuffled into the boys’ bedroom, yawning.

Her eldest son, John, still fully dressed, was sitting on his bed. The ten-year-old boy did not seem to notice his mother enter the room. He ran one hand through his tousled hair as his dark brown eyes were trained on the book he was intently reading. Her youngest son, Wenceslaus— or Wenzel as he was often called—rubbed his eyes from where he lay tucked in bed.

“Why in heaven’s name are you not asleep, John Nepomucene (nay-POE-moo-seen) Neumann? Do you realize you’re keeping Wenzel awake? You may be named after Bohemia’s patron saint, Saint John of Nepomucene, but you’re not being very nice to your little brother.”

John looked up, startled at the sound of her voice. He smiled at her and said excitedly, “Papa told me today about the day I was baptized. He said that because of my Baptism I can receive Jesus in the Eucharist tomorrow. I just thought I would read some more about Baptism before I go to bed.”

Mama Agnes’ face softened. “I understand, John. Tomorrow is a special day… which is why you need to go to sleep. Besides, you already know that catechism backward and forward. That’s why our parish priest said that you could receive your first Communion!”

“You’re right, Mama. But I feel that no matter how much I learn, there is so much more to learn.” John sighed. “Mama, I was just wondering what that day was like, when I was baptized. Who was there?”

“Yeah,” Wenzel piped in. “I don’t remember John being baptized. What was it like?”

Mama sighed and sat down on the bed. She thought for a moment and said, “It was March 28, 1811, the same day John was born. You weren’t there, Wenzel, because you weren’t born yet; neither were your sisters Joan or Louisa. And I wasn’t there because I needed to rest. But John’s godparents, the Mareks, and your sisters Catherine and Veronica were all present.”

“I don’t remember John being baptized. What was it like, Mama?”

“I bet Catherine and Veronica were giggling the whole time,” laughed John.

“Aren’t they always giggling together about something?” Wenzel guffawed and jumped up on John’s bed to listen more closely to Mama Agnes’ story.

Mama Agnes paused for a moment and smiled. “Papa was so proud to have a son. He was smiling from ear to ear the entire day. He was so happy when both of you came into the world, just as he was when the girls were born.”

Then with a faraway look in her eyes, she added, “And he was so happy to see you baptized, John. The workers in his weaving shop told me he was practically bursting with pride that day.” She smoothed John’s hair and then continued, “And I remember Papa told me that when Father baptized you, he said that he had a feeling that God had some amazing plans for your life.” She smiled, then patted Wenzel on the head. “Which of course is true for you both.”

John thought for a moment. “It is amazing, Mama, that God has a plan for everyone. And that he comes to live in our souls through Baptism and then he comes to us in the Eucharist! It’s almost too much to understand. But I was wondering something.…”

“As you always do!” laughed Mama. “One last question, and then you must go to sleep; you have a big day tomorrow.”

“Well, I was thinking about how Jesus is in heaven, but I will also receive him tomorrow! He will be in two places at the same time! How is that possible?”

“Yeah, Mama, how does he do that?” Wenzel, who had been falling asleep, sat up in his bed.

Mama Agnes smiled at them and said, “I suppose because he is God, so he is all-powerful and can be everywhere at all times. I remember during one homily our pastor said that God is not bound by time or space like we are.”

“Oh, that makes sense,” said John; then he added, “and, well, as I was thinking about heaven, I began to think about many things. I have so many questions!”

“Oh John, you are always full of questions. But it’s late; you should be sleeping, not thinking!”

“But Mama, I have one last question! How is it that clouds float in the air without falling?”

“John, that’s enough questions for one night. Let the clouds float; you don’t have to hold them. You’ll learn much more the more you go to school. You’re a very intelligent boy. Look how well you’ve done in school so far.” She stood up from the bed and kissed both boys on the forehead. “But right now, both of you go to sleep.”

Early the next morning the Neumann family headed to the Church of St. James in their small village of Prachatitz (PRA-ha-jeets) in Bohemia. The church was decorated beautifully with many flowers on the altar, flowers that John’s sisters had picked. Mama Agnes and Papa Philip were sitting in the pews with all of John’s siblings. They all were dressed in their very best. John sat up in one of the first few pews, nervously twisting his hands together. He had prepared so long for this sacrament, and now it was actually happening.

The Mass started as people were still coming through the doors; some even had to stand along the walls. When the choir sang the Gloria, John was filled with joy. He had begun going regularly to Mass with his mother, so he knew almost all of the parts of the Mass by heart. But on this special day he paid particular attention to every detail. When John saw the priest raise the Eucharist after the consecration, he thought, Maybe one day I will be a priest and will be able to give the Body of Jesus to other people!

After Mass, the townspeople gathered in the church hall to celebrate. John’s mouth watered at the mountains of food: sauerkraut, sausages, beer for the grown-ups, and lots of sweets. They all enjoyed the music and dancing.

“What a special day, John! I hope you remember this day when you are older,” Mama Agnes said proudly as they left the church.

“Oh, I will. I waited so long for it!” John exclaimed.

“You are growing up so quickly,” Mama said. “Before you know it, you’ll be leaving home to continue going to school.”

“Away from home? When will that be?” John asked curiously.

“In a couple of years.… Your father and I think it would be good for you to go to school away from home.”

Away from home… the words echoed in John’s head. His heart sank.

“I don’t want you to go, John!” Wenceslaus cried with tear-filled eyes.

John spoke softly to his younger brother, “I know, Wenzel, but you can’t come with me.” John was now twelve years old and had been admitted to the Gymnasium in Budweis (BOOD-vise), a school for advanced students. Budweis was a day’s journey from his family’s village of Prachatitz. John was happy to continue studying, but it was going to be difficult to be away from his family.

“But why can’t I go with you?” Wenzel exclaimed.

“I know where he put it!” said Joan and Louisa, John’s younger sisters, almost in unison.

Joan ran off and came back triumphantly holding the satchel. Wenzel’s face crinkled in anger as he crossed his arms.

“I know you all will miss me, but I will be home for vacations and holidays,” said John. “I promise!”

“Who says we will miss you, John?” teased Catherine with a smile. “I’m looking forward to not having to listen to your constant questions and reflections. You think too much!”

John laughed and gave Catherine a hug, then bent down to hug each of his siblings. I will miss my family so much. Can I really do this? John thought as his face grew serious. Can I be away from the family I love so much?

The sound of Papa Philip’s voice broke through his thoughts. “Hurry up, John!” Papa Philip called out. “Time to go!”

“Yes, Papa. I’m coming,” responded John. Mama Agnes stood in the front doorway of the family’s home. She looked at her eldest son and tried to smile.

“John,” she said quietly in Czech. The Neumann family usually spoke German, so John knew to pay special attention when Mama Agnes spoke to him in her native language. “I know you’ll study hard,” she continued, “you always do. And don’t feel too sad. We will miss each other, but it is because your family loves you so much that we miss you!”

“I’ll miss all of you too, Mama. And yes, I’ll study hard,” John promised.

John’s four sisters gathered at the door with Mama Agnes and Wenzel as John walked down the front path toward the wagon. Sitting next to his father, John turned and waved even as he fought back tears. Papa Philip guided the horses down the road.

John sat quietly and watched as they passed the places he knew so well. “Papa,” John wondered aloud, “what do you think this school will be like?”

“You will have good teachers and you will share a room with some other boys. Are you feeling nervous, John?” Papa said gently. After a moment of silence, Papa Philip continued, “It’s normal to feel nervous. Don’t be embarrassed. It’s hard to be away from family. But I think this will be good for you. You’ll learn so much at the Gymnasium in Budweis. You love to learn, John; it is a gift.”

Papa Philip laughed. “That’s my boy! See, you will come back with a head full of knowledge; very soon you will know more than I.”

“I doubt that, Papa. You read so much!” laughed John.

“I will miss our evenings reading by the fire, son,” said Papa.

“Me too,” said John sadly. “But son, you will make some good friends, and before you know it, you will feel right at home,” said Papa Philip reassuringly.