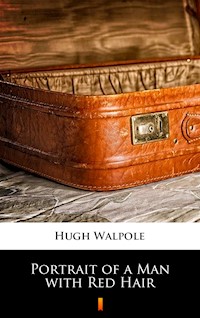 Portrait of a Man with Red Hair ebook

This is a terrible story about Harkness, a timid American who travels all over Europe with his etchings as his only friends. While in London, he meets a man at the club who recommends visiting a small town during his holidays. The next 24 hours completely change his life. He made friends with a frightened young woman who is unhappily married and meets a man with red hair, a rich and sadistic man who loves to influence others by hurting them. 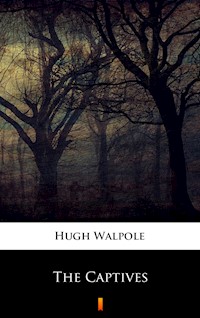 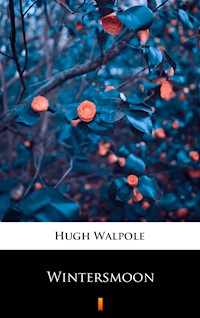 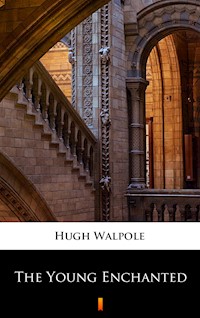 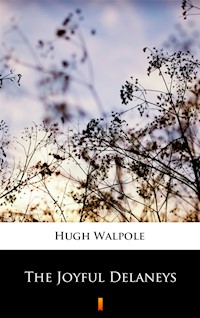 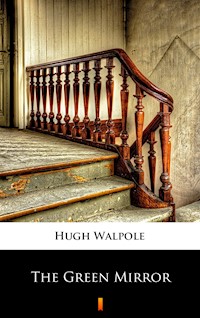 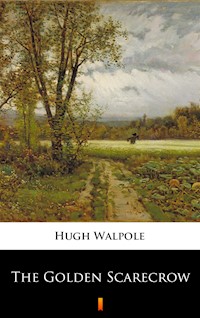 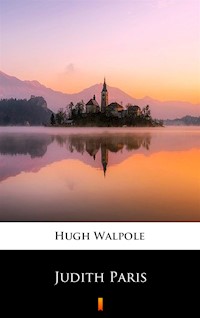 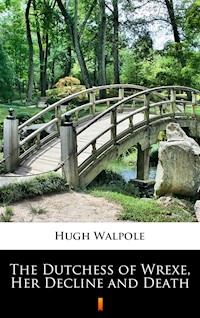 The Dutchess of Wrexe, Her Decline and Death
Hugh Walpole 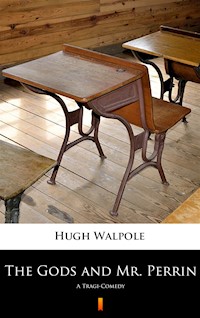 The Gods and Mr. Perrin. A Tragi-Comedy
Hugh Walpole 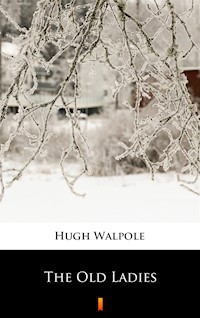 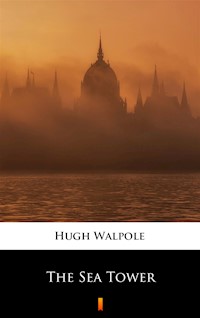 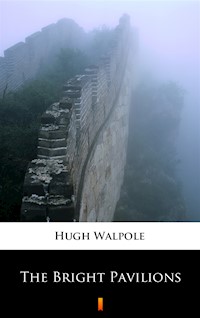 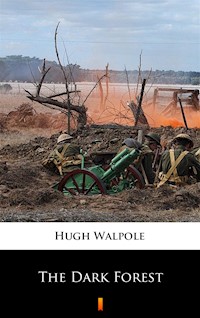 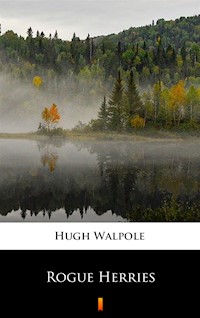 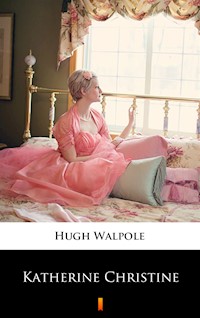 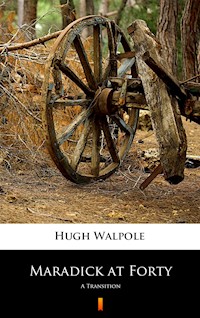 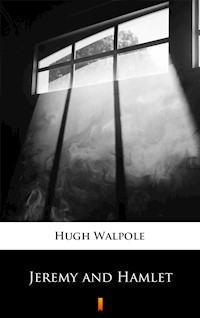 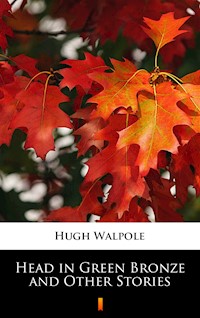 Head in Green Bronze and Other Stories
Hugh Walpole 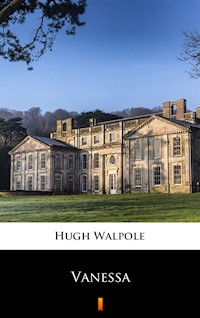 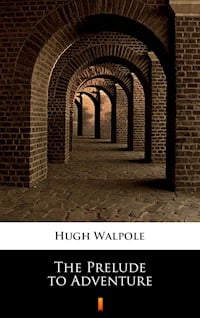 The Prelude to Adventure
Hugh Walpole

PART II. THE DANCE ROUND THE TOWN

I was the man the Duke spoke to:

I helped the Duchess to cast off his yoke too:

So here’s the tale from beginning to end,

Ours is a great wild country;

If you climb to our castle’s top,

I don’t see where your eye can stop;

For when you’ve passed the cornfield country,

Where vineyards leave off, flocks are packed,

And open-chase to the very base

Of the mountain where, at a funeral pace,

Round about, solemn and slow,

One by one, row after row,

Up and up the pine trees go,

Down the other side again

To another greater, wilder country....

“To another greater, wilder country...

The soul of Charles Percy Harkness slipped, like a neat white pocket-handkerchief, out through the carriage window into the silver-blue air, hung there changing into a tiny white fleck against the immensity, struggling for escape above the purple-pointed trees of the dark wood, then, realising that escape was not yet, fluttered back into the carriage again, was caught by Charles Percy, neatly folded up, and put away.

The Browning lines–old-fashioned surely?–had yielded it a moment’s hope. Those and some other lines from another outmoded book:

“But the place reasserted its spell, marshalling once again its army, its silver-belted knights, its castles of perilous frowning darkness, its meadows of gold and silver streams.

“The old spell working the same purpose. For how many times and for what intent? That we may be reminded yet once again that there is the step behind the door, the light beyond the window, the rustle on the stair, and that it is for these things only that we must watch and wait?’

For Harkness had committed the folly of having two books open on his knee–a peck at one, a peck at another, a long, eager glance through the window at the summer scene, but above all a sensuous state of slumber hovering in the hot scented afternoon air just above him, waiting to pounce... to pounce...

First Browning, then this other, the old book in a faded red-brown cover, “To Paradise: Frederick Lester.’ At the bottom of the title-page, 1892–how long ago! How faded and pathetic the old book was! He alone in all the British Isles at that moment reading it–certainly no other living soul–and he had crossed to Browning after Lester’s third page.

He swung in mid-air. The open fields came swimming up to him like vast green waves, gently to splash upon his face, hanging over him, laced about the telegraph poles, rising and falling with them....

The voice of the old man with the long white beard, the only occupant of the carriage with him, broke sharply in like a steel knife cutting through blotting-paper.

“Pardon me, but there is a spider on your neck!’

Harkness started up. The two books slipped to the floor. He passed his hand, damp with the afternoon warmth, over his cool neck. He hated spiders. He shivered. His fingers were on the thing. With a shudder he flung it out of the window.

“Not at all,’ the old man said severely, “you were almost asleep, and in another moment it would have been down your back.’

He was not the old man you would have expected to see in an English first-class carriage, save that now in these democratic days you may see any one anywhere. But first-class fares are so expensive. Perhaps that is why it is only the really poor who can afford them. The old man, who was thin and wiry, had large shabby boots, loose and ancient trousers, a flopping garden straw hat. His hands were gnarled like the knots of trees. He was terribly clean. He had blue eyes. On his knees was a large basket and from this he ate his massive luncheon–here an immense sandwich with pieces of ham like fragments of banners, there a colossal apple, a monstrous pear–

“Should be,’ said the old man, dribbling through his pear. “The train’s late.... Another tourist,’ he added suddenly.

“I beg your pardon?’ said Harkness.

“Another of these damned tourists. You are, I mean. I lived at Treliss. Such as you drove me away.’

“I am sorry,’ said Harkness, smiling faintly. “I suppose I am that if by tourist you mean somebody who is travelling to a place to see what it is like and enjoy its beauty. A friend has told me of it. He says it is the most beautiful place in England.’

“Beauty,’ said the old man, licking his fingers–”a lot you tourists think about beauty–with your char-a-bangs and oranges and babies and Americans. If I had my way I’d make the Americans pay a tax, spoiling our country as they do.’

“I am an American,’ said Harkness faintly.

The old man licked his thumb, looked at it, and licked it again. “I wouldn’t have thought it,’ he said. “Where’s your accent?’

“I have lived in this country a great many years off and on,’ he explained, “and we don’t all say “I guess” every moment as novelists make us do,’ he added, smiling.

Smiling, yes. But how deeply he detested this unfortunate conversation! How happy he had been, and now this old man with his rudeness and violence had smashed the peace into a thousand fragments. But the old man spoke little more. He only stared at Harkness out of his blue eyes, said:

“Treliss is too beautiful a place for you. It will do you harm,’ and fell instantly asleep.

Yes, Harkness thought, looking at the rise and fall of the old man’s beard, it is strange and indeed lamentable how deeply I detest a cross word! That is why I am always creeping away from things, why, too, I never make friends–not real friends–why at thirty-five I am a complete failure–that is, from the point of view of anything real.

I am filled too with self-pity, he added as he opened To Paradise again and groped for page four, and self-pity is the most despicable of all the vices.

He was not unpleasing to the eye as he sat there thinking. He was dressed with exceeding neatness, but his clothes had something of the effect of chain armour. Was that partly because his figure was so slight that he could never fill any suit of clothes adequately? That might be so. His soft white collar, his pale blue tie, his mild blue eyes, his long tranquil fingers, these things were all gentle. His chin protruded. He was called “gaunt’ by undiscerning friends, but that was a poor word for him. He was too slight for that, too gentle, too unobtrusive. His hair was already retreating deprecatingly from his forehead. No gaunt man would smile so timidly. His neatness and immaculate spotless purity of dress showed a fastidiousness that granted his cowardice an excuse.

For I am a coward, he thought. This is yet another holiday that I am taking alone. Alone after all these years. And Pritchard or Mason, Major Stock or Henry Trenchard, Carstairs Willing or Falk Brandon–any one of these might have wished to go if I had had courage... or even Maradick himself might have come.

The only companions, he reflected, that he had taken with him on this journey were his etchings, kinder to him, more intimate with him, rewarding him with more affection than any human being. His seven etchings–the seven of his forty–Lepère’s “Route de St. Gilles,’ Legros’ “Cabane dans les Marais,’ Rembrandt’s “Flight into Egypt,’ Muirhead Bone’s “Orvieto,’ Whistler’s “Drury Lane,’ Strang’s “Portrait of himself Etching,’ and Meryon’s “Rue des Chantres.’ His seven etchings–his greatest friends in the world, save of course Hetty and Jane his sisters. Yes, he reflected, you can judge a man by his friends, and in my cowardice I have given all my heart to these things because they can’t answer me back, cannot fail me when I most eagerly expect something of them, are always there when I call them, do not change nor betray me. And yet it is not only cowardice. They are intimate and individual as is no other form of graphic art. They are so personal that every separate impression has a fresh character. They are so lovely in soul that they never age nor have their moods. My Aldegrevers and Penczs, he was reflecting.... He was a little happier now.... The Browning and To Paradise fell once more to the ground. I hope the old man does not waken, he thought, and yet perhaps he will pass his station. What a temper he will be in if he does that, and then I too shall suffer!

He read a line or two of the Browning:

Ours is a great wild country;