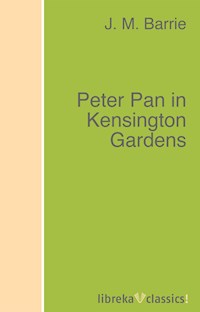 Peter Pan in Kensington Gardens, based on an abridged version. Contains only 4 chapters! libreka classics – These are classics of literary history, reissued and made available to a wide audience. Immerse yourself in well-known and popular titles! 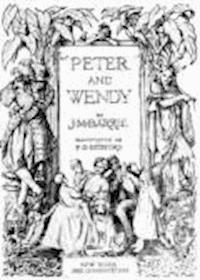 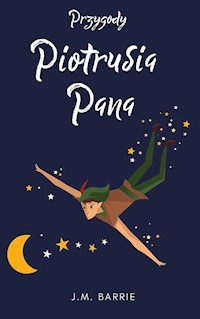 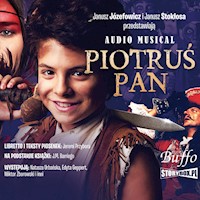 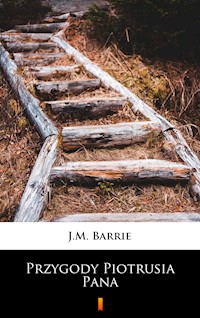 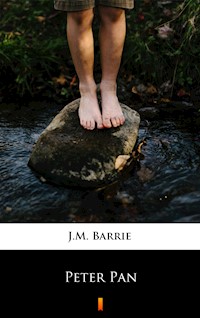 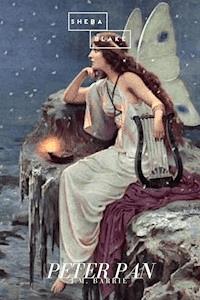 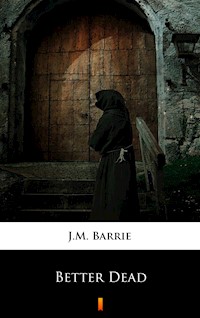 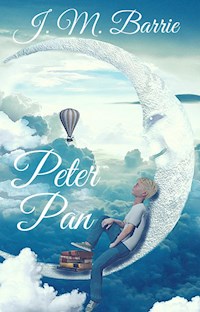 Of course, it also shows that Peter is ever so old, but he is really always the same age, so that does not matter in the least. His age is one week, and though he was born so long ago he has never had a birthday, nor is there the slightest chance of his ever having one. The reason is that he escaped from being a human when he was seven days' old; he escaped by the window and flew back to the Kensington Gardens.

If you think he was the only baby who ever wanted to escape, it shows how completely you have forgotten your own young days. When David heard this story first he was quite certain that he had never tried to escape, but I told him to think back hard, pressing his hands to his temples, and when he had done this hard, and even harder, he distinctly remembered a youthful desire to return to the tree-tops, and with that memory came others, as that he had lain in bed planning to escape as soon as his mother was asleep, and how she had once caught him half-way up the chimney. All children could have such recollections if they would press their hands hard to their temples, for, having been birds before they were human, they are naturally a little wild during the first few weeks, and very itchy at the shoulders, where their wings used to be. So David tells me.

I ought to mention here that the following is our way with a story: First, I tell it to him, and then he tells it to me, the understanding being that it is quite a different story; and then I retell it with his additions, and so we go on until no one could say whether it is more his story or mine. In this story of Peter Pan, for instance, the bald narrative and most of the moral reflections are mine, though not all, for this boy can be a stern moralist, but the interesting bits about the ways and customs of babies in the bird-stage are mostly reminiscences of David's, recalled by pressing his hands to his temples and thinking hard.

Well, Peter Pan got out by the window, which had no bars. Standing on the ledge he could see trees far away, which were doubtless the Kensington Gardens, and the moment he saw them he entirely forgot that he was now a little boy in a nightgown, and away he flew, right over the houses to the Gardens. It is wonderful that he could fly without wings, but the place itched tremendously, and, perhaps we could all fly if we were as dead-confident-sure of our capacity to do it as was bold Peter Pan that evening.

He alighted gaily on the open sward, between the Baby's Palace and the Serpentine, and the first thing he did was to lie on his back and kick. He was quite unaware already that he had ever been human, and thought he was a bird, even in appearance, just the same as in his early days, and when he tried to catch a fly he did not understand that the reason he missed it was because he had attempted to seize it with his hand, which, of course, a bird never does. He saw, however, that it must be past Lock-out Time, for there were a good many fairies about, all too busy to notice him; they were getting breakfast ready, milking their cows, drawing water, and so on, and the sight of the water-pails made him thirsty, so he flew over to the Round Pond to have a drink. He stooped, and dipped his beak in the pond; he thought it was his beak, but, of course, it was only his nose, and, therefore, very little water came up, and that not so refreshing as usual, so next he tried a puddle, and he fell flop into it. When a real bird falls in flop, he spreads out his feathers and pecks them dry, but Peter could not remember what was the thing to do, and he decided, rather sulkily, to go to sleep on the weeping beech in the Baby Walk.

At first he found some difficulty in balancing himself on a branch, but presently he remembered the way, and fell asleep. He awoke long before morning, shivering, and saying to himself, "I never was out in such a cold night;" he had really been out in colder nights when he was a bird, but, of course, as everybody knows, what seems a warm night to a bird is a cold night to a boy in a nightgown. Peter also felt strangely uncomfortable, as if his head was stuffy, he heard loud noises that made him look round sharply, though they were really himself sneezing. There was something he wanted very much, but, though he knew he wanted it, he could not think what it was. What he wanted so much was his mother to blow his nose, but that never struck him, so he decided to appeal to the fairies for enlightenment. They are reputed to know a good deal.

There were two of them strolling along the Baby Walk, with their arms round each other's waists, and he hopped down to address them. The fairies have their tiffs with the birds, but they usually give a civil answer to a civil question, and he was quite angry when these two ran away the moment they saw him. Another was lolling on a garden-chair, reading a postage-stamp which some human had let fall, and when he heard Peter's voice he popped in alarm behind a tulip.

To Peter's bewilderment he discovered that every fairy he met fled from him. A band of workmen, who were sawing down a toadstool, rushed away, leaving their tools behind them. A milkmaid turned her pail upside down and hid in it. Soon the Gardens were in an uproar. Crowds of fairies were running this way and that, asking each other stoutly, who was afraid, lights were extinguished, doors barricaded, and from the grounds of Queen Mab's palace came the rubadub of drums, showing that the royal guard had been called out.