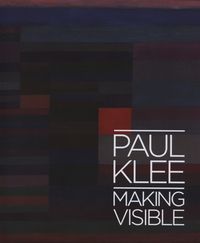 Paul Klee (1879–1940) created some of the most innovative and best-loved works of the twentieth century in etching, drawing, ink, pastel, oil paint, and watercolor. Although he moved freely between media and from figuration to abstraction, Klee’s works remain instantly recognizable, often characterized by a playfulness and wit that can sharpen to biting satire on occasion.

In 1920 Klee was appointed to teach at the Bauhaus, where he remained for ten years as an influential and much-loved figure. In 1933 he returned to Switzerland having been dismissed from his position by the Nazis; his work was included in the infamous Degenerate Art exhibition in 1937 and Klee spent the rest of his life unable to return to the country that had fostered his career.

This retrospective book, which accompanies an exhibition at the Tate Modern, surveys Klee’s entire career, focusing on particular moments in depth and allowing his work to be seen in the context of the times in which he lived. Despite his quirky lyricism, he is revealed as an artist troubled by the challenges of the modern world, far more complex than he may first appear.