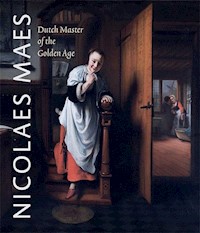 This book offers a close look at the art of Dutch Golden Age painter Nicolaes Maes (1634–1693). One of Rembrandt's most talented students, Maes began by painting biblical scenes in the style of his famous teacher. He later produced extraordinary genre pieces, in which the closely observed actions of the main figure, often a woman, have a hushed, almost monumental character. Maes also depicted mothers with children or older women praying or sleeping; such works have placed him among the most popular painters of the Dutch Golden Age. From around 1660, Maes turned exclusively to portraiture, and his elegant style attracted wealthy and eminent clients from Dordrecht and Amsterdam. This generously illustrated volume is the first in English to cover the full range of his repertoire. The authors – curators from the National Gallery, London, and the Mauritshuis, The Hague – bring extensive knowledge to bear for the benefit of specialists and the general public.