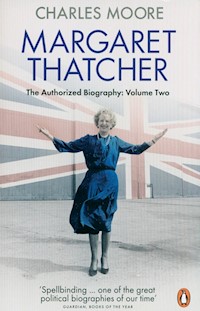 In June 1983 Margaret Thatcher won the biggest increase in a government's Parliamentary majority in British electoral history. Over the next four years, as Charles Moore relates in this central volume of his uniquely authoritative biography, Britain's first woman prime minister changed the course of her country's history and that of the world, often by sheer force of will.

The book reveals as never before how she faced down the Miners' Strike, transformed relations with Europe, privatized the commanding heights of British industry and continued the reinvigoration of the British economy. It describes her role on the world stage with dramatic immediacy, identifying Mikhail Gorbachev as 'a man to do business with' before he became leader of the Soviet Union, and then persistently pushing him and Ronald Reagan, her great ideological soulmate, to order world affairs according to her vision. For the only time since Churchill, she ensured that Britain had a central place in dealings between the superpowers. 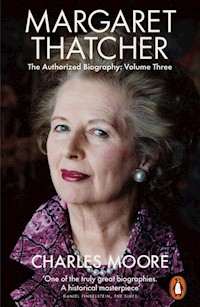 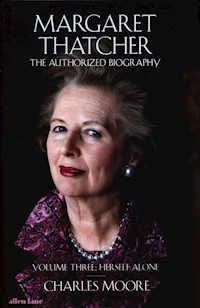