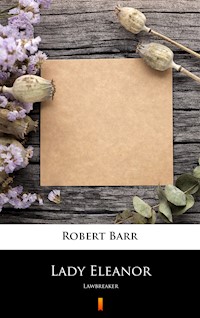 „Lady Eleanor. Lawbreaker” is a love story pure and simple from a British-Canadian short story writer and novelist Robert Barr, born at Glasgow, Scotland but emigrated with his parents to Upper Canada at age four and was educated in Toronto at Toronto Normal School. Here, the heiress conceals the will so that her cousin, the disinherited son of the house, may come to his own. His first thought is to sell the estate to set Richard Sheridan the dramatist up in management. The will is discovered and the young man retires madly in love. The heiress going to Sheridan’s to pay over a sum promised by her cousin is discovered by him and there is a jealous outburst followed by a happy ending. 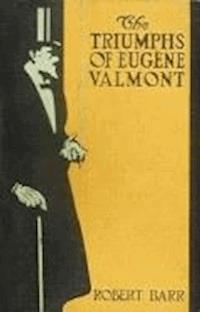 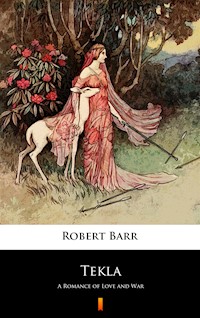 Tekla. A Romance of Love and War
Robert Barr 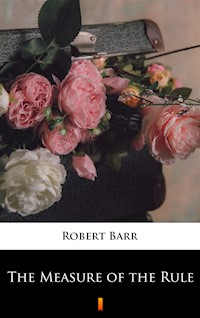 The Measure of the Rule
Robert Barr 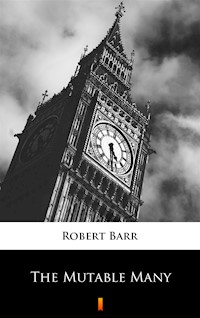 The Mutable Many
Robert Barr 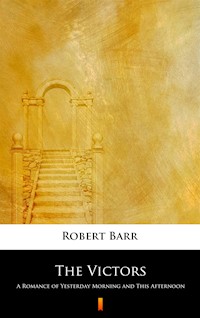 The Victors. A Romance of Yesterday Morning and This Afternoon
Robert Barr 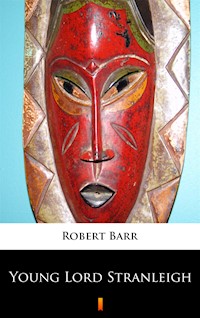 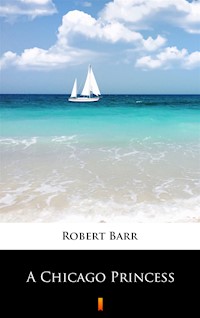 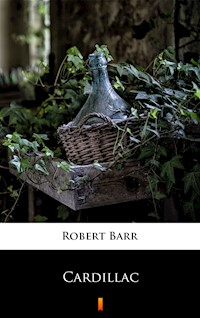 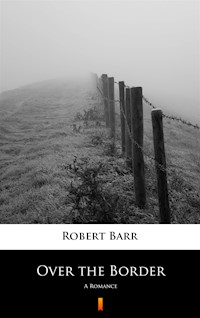 Over the Border. A Romance
Robert Barr

Although it was considerably after ten o’clock in the forenoon, dingy stiff curtains still shut out the daylight from the office of Sharp & Clipper, solicitors, of Lincoln’s Inn. At best it was a darkish room, with massive, somber furnishing, but its present gloom in no way affected the spirits of the two persons conversing therein. Humble Sycamore, though seated at his desk, was paying scant attention to clerkly duties. Leaning forward, and occasionally emphasizing the point of his remarks with a quill pen, he was giving a vivid and animated account of his previous evening’s visit to the playhouse, which, in those days of 1776, was an adventure of magnitude. Trisket, the page boy, listened spellbound, as one who hears of brilliant and intrepid exploration in an unknown country.

“And did un fight, Mr. Sycamore?” he prompted, breathlessly, as the clerk paused, to give better effect to a telling point.

“Fight? Nay, that he didn’t, for a more arrant knave ne’er stood in honest shoe leather. But ’twas a sight to see him shaking with cowardice the while he blustered–his wig awry, and a great pistol in either hand. ‘Bob Acres’ they called him, and, faith! he was an ‘acher’ to me in honest truth, for I nigh cracked my sides with laughter at him. If you have ne’er seen a play, Trisket–”

“Then save your ha’pence and see that one to begin on. ’Tis called ‘The Rivals,’ and well ’tis named, for it can rival aught I’ve ever seen; though I’m told it was a failure when they tried it first, last year. ‘The Rivals’ is the name: Dick Sheridan wrote it.”

“‘Dick’ Sheridan! ‘Dick’! You know him, then?” questioned Trisket, in awe-struck tones.

“Not I, forsooth,” disclaimed Sycamore, disdainfully. “But one calls these player fellows ‘Dick’ or ‘Ben’ or ‘Davy,’ as ‘twere any other vagabond one spoke of. Know him, indeed! I ne’er heard of the knave until last night, and would not have heard of him even then but that I went to Covent Garden to bear a message to the new Lord Brandon, and found his lordship hobnobbing with the rogue as though it were an equal he clinked glasses with. ’Twas ‘Dick’ here, and ‘dear Dick’ there, and ‘bonny Dick’ between the whiles, till one’s gorge rose at the very sound of it. And all the time the fellow standing there, tricked out in silk and velvet, as though ‘t were any gentleman, and as familiar with his lordship as if the old Lord Brandon were not ten feet underground, and the new one were still the playgoing vagabond he had been when his father was alive.

“‘I’ll make your fortune, Dick,’ quoth he, laying his arm across the fellow’s shoulders, I’ll give your name to all the corners of the earth, and we’ll out-Garrick Garrick in his own field.’

“And then, ignoring me, they fell to talking of some ‘School for Scandal’ that the fellow had in mind–as though a school for that were needed, and it were a goodly thing to build! And if it were, should not players be the last to sanction it? Should not–”

The rising excitement in Sycamore’s tones was abruptly hushed. Outside, a voice uttered a curt command.

“The master!” cried Trisket softly, springing up from his stool and carrying it with him to the window recess, where he placed it. Hastily he drew back the curtains, exposing a view of old Lincoln’s Inn Fields, and the passing figures of two servants bearing Mr. Sharp’s empty sedan chair.

Sycamore jumped from his desk, and, bustling about, made a great show of getting the place in order, at the same time berating the boy as though he were solely to blame for the office not being open.

“Sluggard and idler!” he was declaiming loudly, as Humphrey Sharp entered, slowly removing his gloves. “Nigh to eleven, and not a curtain drawn yet! A lazy, idle, dawdling sloth! And with such a gentle, kindly master! You’ll end in the workhouse, ingrate!”

The master’s tone was keen, and betrayed annoyance. His clerk turned in seeming amazement.

“Aye. You are late this morning, Sycamore,” said Mr. Sharp, coldly. “It has gone eleven, and the curtains but this moment drawn. Boy!”

Meekly Trisket came forward to receive the lawyer’s hat, gloves, and gold-knobbed cane. Having hung up the hat, and placed near it the other articles, he vanished discreetly to the small outer room.

“It was Trisket’s fault, sir,” protested Humble Sycamore. “I bade him be here early, as the errand you sent me on last night would keep me up late, and prevent early rising. But the untrustworthy ingrate must needs go to the playhouse, and oversleep himself this morning. You must have heard me scolding him when you entered. A graceless, idle, playgoing imp! I found him sleeping when I came.”

“Better have slept for weeks than enter a playhouse once,” said Mr. Sharp somewhat wearily. “Heaven knows we’ve had enough and to spare of player-folk on our minds of late, Sycamore.”

The lawyer went to his desk and, seating himself before it, began methodically to arrange the accumulation of papers thereon. Presently he glanced across at Sycamore.

“You carried my two messages yesterday?” he asked. “The one to the Lady Eleanor Beaumont, the other to–” he hesitated, sighing a little, “to the new Lord Brandon?”