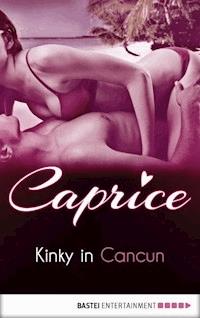 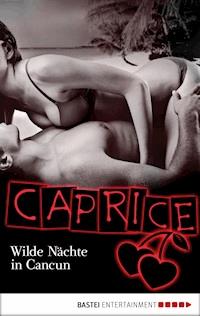 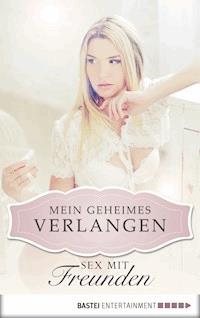 Caprice LaCroix is spontaneous, domineering, and strong-willed. She’s a confident diva who’s part French and doesn’t hesitate to let everyone know, mon chéri. Having grown up just outside Paris, she learned to fight her way through life. It’s her fight that makes her relish sticky situations. Caprice noticed early on that she could hold men in her spell. Her tenacity got her the job at FLASH. Her reporter’s intuition not only leads her to exclusive and scandalous stories, but also into situations where she can live out her fantasies. Much more exciting than searching for one lone partner for life! Besides, her body is far too special to be admired by one man alone …

Maren Janson is the yin to Caprice’s yang. She’s just a “naïve country girl.” Or at least that’s her act. The boys, with whom Maren grew up, in a small German village, experienced that first hand. After she was drawn to the big city, she landed at Germany’s biggest tabloid magazine, FLASH, in Hamburg. Maren knows that her girly, naïve ways incite mens’ protective instinct, and she takes advantage of this to serve her own needs. Still, one day she hopes to meet Mr. Right. But until she finds him, she likes to have her fun with the city boys …

And the day had started out so well … Maren thought despondently. She was sitting at her office desk, her head resting in her hands, elbows propped, and her eyes closed. A persistent shrill voice was coming out of the phones handset lying on the desk next to her ear.

It was her mother.

Maren had managed to go almost four weeks without talking to her on the phone. But today, shed tracked her down at work.