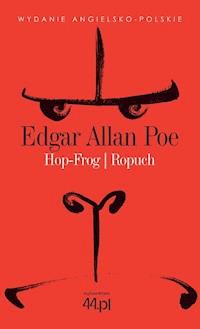 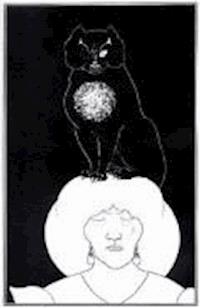 [ 1 ] I never knew anyone so keenly alive to a joke as the king was. He seemed to live only for joking. To tell a good story of the joke kind, and to tell it well, was the surest road to his favor. Thus it happened that his seven ministers were all noted for their accomplishments as jokers. They all took after the king, too, in being large, corpulent, oily men, as well as inimitable jokers. Whether people grow fat by joking, or whether there is something in fat itself which predisposes to a joke, I have never been quite able to determine; but certain it is that a lean joker is a rara avis in terris.

[ 2 ] About the refinements, or, as he called them, the ‘ghost’ of wit, the king troubled himself very little. He had an especial admiration for breadth in a jest, and would often put up with length, for the sake of it. Over-niceties wearied him. He would have preferred Rabelais’ ‘Gargantua’ to the ‘Zadig’ of Voltaire: and, upon the whole, practical jokes suited his taste far better than verbal ones.

[ 3 ] At the date of my narrative, professing jesters had not altogether gone out of fashion at court. Several of the great continental ‘powers’ still retain their ‘fools,’ who wore motley, with caps and bells, and who were expected to be always ready with sharp witticisms, at a moment’s notice, in consideration of the crumbs that fell from the royal table.

[ 4 ] Our king, as a matter of course, retained his ‘fool.’ The fact is, he required something in the way of folly—if only to counterbalance the heavy wisdom of the seven wise men who were his ministers—not to mention himself.

[ 5 ] His fool, or professional jester, was not only a fool, however. His value was trebled in the eyes of the king, by the fact of his being also a dwarf and a cripple. Dwarfs were as common at court, in those days, as fools; and many monarchs would have found it difficult to get through their days (days are rather longer at court than elsewhere) without both a jester to laugh with, and a dwarf to laugh at. But, as I have already observed, your jesters, in ninety-nine cases out of a hundred, are fat, round, and unwieldy—so that it was no small source of self-gratulation with our king that, in Hop-Frog (this was the fool’s name), he possessed a triplicate treasure in one person.

[ 6 ] I believe the name ‘Hop-Frog’ was not that given to the dwarf by his sponsors at baptism, but it was conferred upon him, by general consent of the several ministers, on account of his inability to walk as other men do. In fact, Hop-Frog could only get along by a sort of interjectional gait—something between a leap and a wriggle—a movement that afforded illimitable amusement, and of course consolation, to the king, for (notwithstanding the protuberance of his stomach and a constitutional swelling of the head) the king, by his whole court, was accounted a capital figure.

[ 7 ] But although Hop-Frog, through the distortion of his legs, could move only with great pain and difficulty along a road or floor, the prodigious muscular power which nature seemed to have bestowed upon his arms, by way of compensation for deficiency in the lower limbs, enabled him to perform many feats of wonderful dexterity, where trees or ropes were in question, or any thing else to climb. At such exercises he certainly much more resembled a squirrel, or a small monkey, than a frog.