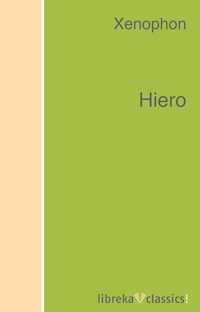 Hiero by Xenophon. Translated by Henry Graham Dakyns libreka classics – These are classics of literary history, reissued and made available to a wide audience. Immerse yourself in well-known and popular titles! 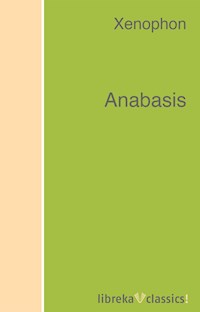 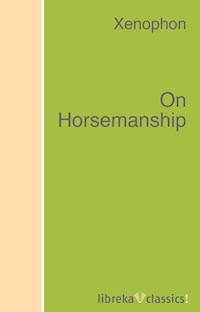 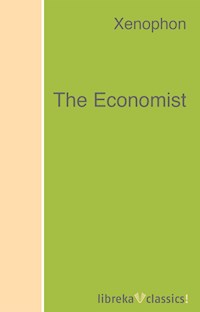 HIERO, or "THE TYRANT"

This was typed from Dakyns' series, "The Works of Xenophon," a four-volume set. The complete list of Xenophon's works (though there is doubt about some of these) is:

Text in brackets "{}" is my transliteration of Greek text into English using an Oxford English Dictionary alphabet table. The diacritical marks have been lost.

The Hiero is an imaginary dialogue, c. 474 B.C., between Simonides of Ceos, the poet; and Hieron, of Syracuse and Gela, the despot.

HIERO, or "THE TYRANT"

A Discourse on Despotic Rule

Once upon a time Simonides the poet paid a visit to Hiero the "tyrant," (1) and when both obtained the leisure requisite, Simonides began this conversation:

Would you be pleased to give me information, Hiero, upon certain matters, as to which it is likely you have greater knowledge than myself? (2)

And pray, what sort of things may those be (answered Hiero), of which I can have greater knowledge than yourself, who are so wise a man?

I know (replied the poet) that you were once a private person, (3) and are now a monarch. It is but likely, therefore, that having tested both conditions, (4) you should know better than myself, wherein the life of the despotic ruler differs from the life of any ordinary person, looking to the sum of joys and sorrows to which flesh is heir.

Would it not be simpler (Hiero replied) if you, on your side, (5) who are still to-day a private person, would refresh my memory by recalling the various circumstances of an ordinary mortal's life? With these before me, (6) I should be better able to describe the points of difference which exist between the one life and the other.

Thus it was that Simonides spoke first: Well then, as to private persons, for my part I observe, (7) or seem to have observed, that we are liable to various pains and pleasures, in the shape of sights, sounds, odours, meats, and drinks, which are conveyed through certain avenues of sense—to wit, the eyes, ears, nostrils, mouth. And there are other pleasures, those named of Aphrodite, of which the channels are well known. While as to degree of heat and cold, things hard and soft, things light and heavy, the sense appealed to here, I venture to believe, is that of the whole body; (8) whereby we discern these opposites, and derive from them now pain, now pleasure. But with regard to things named good and evil, (9) it appears to me that sometimes the mind (or soul) itself is the sole instrument by which we register our pains and pleasures; whilst at other times such pains and pleasures are derived conjointly through both soul and body. (10) There are some pleasures, further, if I may trust my own sensations, which are conveyed in sleep, though how and by what means and when precisely, are matters as to which I am still more conscious of my ignorance. Nor is it to be wondered at perhaps, if the perceptions of waking life in some way strike more clearly on our senses than do those of sleep. (11)

To this statement Hiero made answer: And I, for my part, O Simonides, would find it hard to state, outside the list of things which you have named yourself, in what respect the despot can have other channels of perception. (12) So that up to this point I do not see that the despotic life differs in any way at all from that of common people.

Then Simonides: Only in this respect it surely differs, in that the pleasures which the "tyrant" enjoys through all these several avenues of sense are many times more numerous, and the pains he suffers are far fewer.

To which Hiero: Nay, that is not so, Simonides, take my word for it; the fact is rather that the pleasures of the despot are far fewer than those of people in a humbler condition, and his pains not only far more numerous, but more intense.

That sounds incredible (exclaimed Simonides); if it were really so, how do you explain the passionate desire commonly displayed to wield the tyrant's sceptre, and that too on the part of persons reputed to be the ablest of men? Why should all men envy the despotic monarch?

For the all-sufficient reason (he replied) that they form conclusions on the matter without experience of the two conditions. And I will try to prove to you the truth of what I say, beginning with the faculty of vision, which, unless my memory betrays me, was your starting-point.

Well then, when I come to reason (13) on the matter, first of all I find that, as regards the class of objects of which these orbs of vision are the channel, (14) the despot has the disadvantage. Every region of the world, each country on this fair earth, presents objects worthy of contemplation, in quest of which the ordinary citizen will visit, as the humour takes him, now some city (for the sake of spectacles), (15) or again, the great national assemblies, (16) where sights most fitted to entrance the gaze of multitudes would seem to be collected. (17) But the despot has neither part nor lot in these high festivals, (18) seeing it is not safe for him to go where he will find himself at the mercy of the assembled crowds; (19) nor are his home affairs in such security that he can leave them to the guardianship of others, whilst he visits foreign parts. A twofold apprehension haunts him: (20) he will be robbed of his throne, and at the same time be powerless to take vengeance on his wrongdoer. (21)