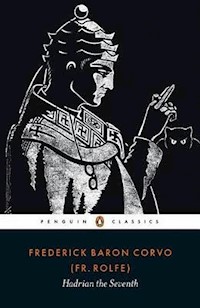 The titlular character of Hadrian the Seventh is inextricably intertwined with his creator, Frederick Rolfe, the self-titled Baron Corvo. Both were Catholic converts and unsuccessful candidates for priesthood, who led bitter, misunderstood lives, betrayed (they thought) by friends, bishops and prelates. Both were at times struggling writers and failed inventors, their brilliance (they believed) insufficiently recognized, who lived alternately extravagantly and in squalor. Rolfe put all his obsessions, all his hate and suffering, his dreams and fantasies into George Arthur Rose, the outcast who through a bizarre sequence of events is elected Pope. Hadrian VII, the first English pontiff in five centuries, is a mass of contradictions: infallible and petulant, ascetic and corrupt, humble and despotic, he empties the Vatican's coffers to feed the poor and reshapes nations in a bid for world peace. With this blend of satire and self-knowledge which runs through the pages of this, his finest novel, Rolfe both vindicates and condemns himself.