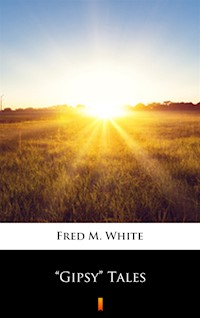 Frederick Merrick White wrote a number of novels and short stories under the name „Fred M. White” including the seven „Gipsy” Tale. The story of how the small town began to go crazy. The dining room was closed until sunset on Saturday, and thus eight thousand people scattered in huts along a beautiful valley were thrown at their own expense. They played cricket with some energy, they bathed in mountain ponds, hiking and long training walks were held. Rabbits, too, were getting scarce, and Sir Myles Llangaren protested against the slaying of pheasants in August. 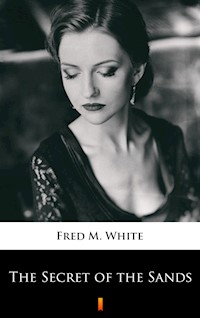 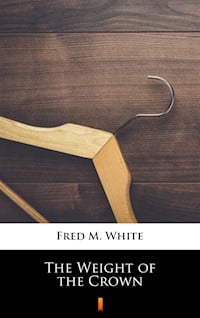 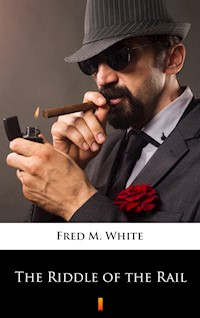 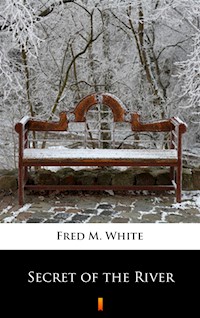 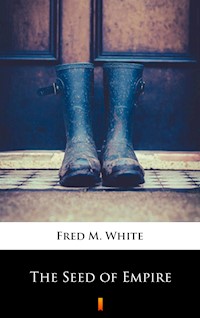 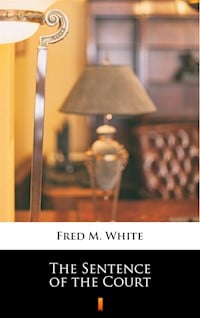 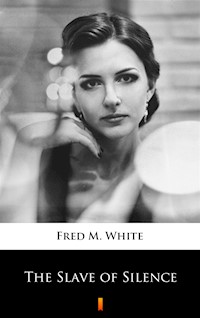 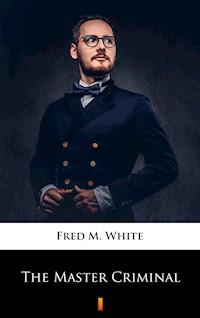 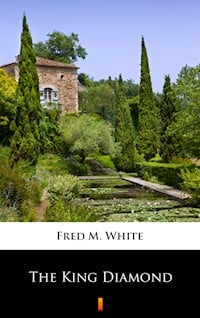 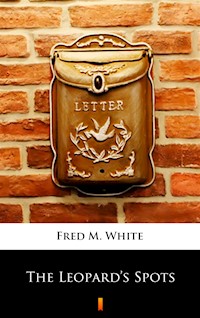 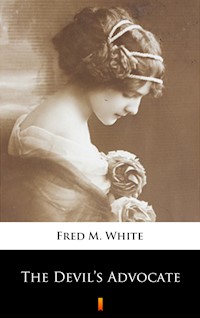 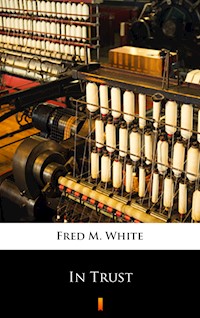 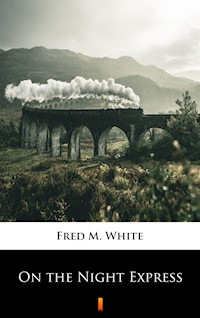 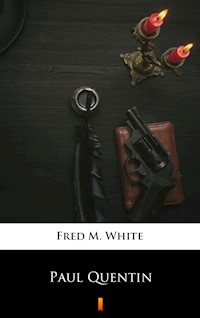 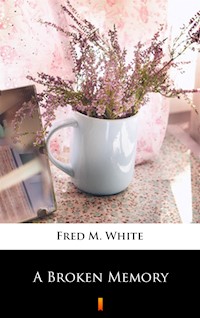 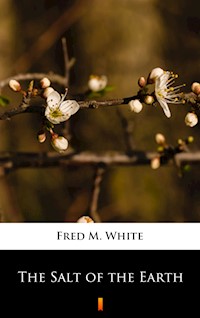 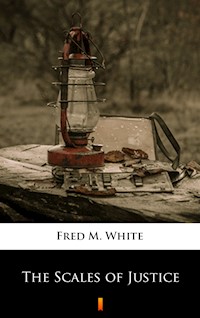 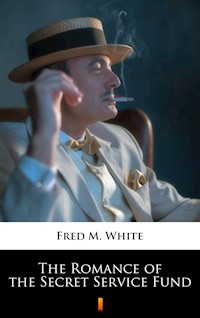 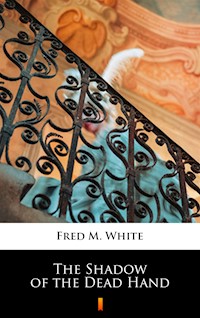 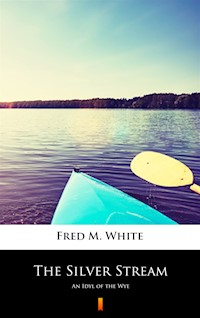 The Silver Stream. An Idyl of the Wye
Fred M White

1. A Matter of Kindness

3. A Stranger in Bohemia

A MATTER OF KINDNESS

ON Saturday afternoons there was peace in the Valley of Sweet Waters. Then the click and clack of pick and drill ceased, the grimy gangs went home and washed themselves, for the most part openly bewailing the fact that there were no licensed premises within five miles of the huge waterworks–works where eight thousand men were slaving and moiling to bring the glittering liquid pure across the Midlands. There was the canteen, of course, but the canteen was conducted upon narrow-minded lines, and with an abbreviated notion of the proper amount of intoxicating liquor requisite to the capacity of a self-respecting navvy. But there were ways of evading the authorities, as the said authorities sadly allowed.

The canteen was closed till dusk on Saturday, and thus eight thousand men, dotted in huts all along the lovely valley, were thrown upon their own resources. They played cricket with some vigour, they bathed in the mountain pools, there were foot races and long training walks–rambles frequently fatal to various poultry rambling thoughtlessly beyond the confines of the farmyards. Rabbits, too, were getting scarce, and Sir Myles Llangaren protested against the slaying of pheasants in August. He protested, too, against the poaching in Upper Guilt Brook, but this in a minor degree, seeing that the trout were small, albeit of excellent flavour.

As a matter of fact, three banksmen were poaching up above Guilt Bridge now. Two of them sat smoking and watching a third, who, prone on his stomach, was doing something in the stream with the aid of a stick and a fine copper wire. The thing looks impossible and absurdly insufficient, but there the captured fish lay.

“Got ‘im,” the fisherman grunted, lifting out a fat fish some six ounces in weight. “I dines at eight to-night in a dicky and black tie. Sort of family affair.”

The other men laughed internally. The speaker was a short, powerful man, with glittering black eyes and dark snaky hair that had earned him the title of “Gipsy.” The other two men were known as ” Nobby ” and “Dandy Dick,” the latter reminiscent of an old playbill and of the fact that he usually wore a tie and had his hair with that pleasing plastered curl over the forehead which is called a Newgate fringe. Dandy also had a great, if vague, reputation for gallantry of a certain order.

As they sat there, another man came swinging up the valley. He also was of the navvy type, clean-limbed, with a suggestion of having seen service about him. He was dressed in black and wore a heavy pilot-coat, despite the heat of the day. He nodded none too familiarly.

“How do?” Gipsy shouted. The “How do?” of a navvy can be made hearty or exceedingly offensive, as the case may be. With the accent derisive on the first syllable it lends itself to quarrel in the easiest manner possible. “How do?”

The other passed on without any personal allusion to Gipsy’s facial disadvantages, a fact that so astonished Nobby that he dropped his pipe and stared open-mouthed after the retreating figure.

Gipsy rolled over on his back in exquisite enjoyment. He belonged to the order of man who laughs at everything. Nobby’s seriousness was a source of constant amusement to him.

“It ain’t,” Dandy struck in with equal politeness. “It’s true. ‘E’s been about ‘ere six weeks. Used to be a corporal in the Army, they say. No use, neither. Don’t swear–can’t, in fact. And when he wants anything, says ‘Please. “

Dandy reiterated his previous assertion, garnished with language that left no possible doubt of his absolute sincerity. Nobby had ceased to smoke for the moment. Mundane pleasures were as nothing in the contemplation of this phenomenon.

“‘E’s after old Cocky Benwell’s girl,” said Gipsy, with meaning. He glanced at Dandy as he spoke. The latter winced ever so slightly.

Gipsy returned to the attack obliquely.

“I dunno,” he said, with an air of profound philosophy. “Women’s funny creatures. Goes in for flowers and all them things.”

“Burton’s got some fine vi’lets in his cottage garden,” Gipsy observed. “Grows ‘em under a frame in the cottage what he took from that Welshy bloke what’s gone to Talgarth to live. Big blue ‘uns with long storks, exactly the same as that Kate Benwell was wearin’ in her boosum last night.”

Gipsy winked at himself with silent ecstasy. Nobby sucked at his pipe, regarding the sky with a rapt, stolid gaze. The humour of the situation was absolutely lost upon him, as the bright-eyed little man was perfectly well aware. His mental digestion was still seriously pained over the ganger who couldn’t swear and said “Please” to his men.

“They’ll be making me a ganger next,” he said parenthetically. Nobody responded; the black-eyed man was waiting for developments.

Dandy broke out suddenly: “If a girl wants vi’lets,” he said defiantly, “why, there’s no reason why she shouldn’t ‘ave vi’lets. Come to think of it, they ain’t much more offensive than bacca is to a pore bloke who can’t stand smoke.”

“Burton’s are real beauties,” said Gipsy. “Growed in a frame out o’ doors where a man could ‘elp himself after dark.”

Dandy smiled. Gipsy’s eyes conveyed nothing, though he began to see a pretty comedy opening out before his mental vision. Amusements were scarce in the Guilt Valley, and here was a fine way of adding to the gaiety of nations.

“No man could swear to a vi’let,” Dandy said sententiously.

“Nor yet to a bunch of ‘em, leaves an’ all,” Gipsy added softly. “You’ve got to put them all together and shove a bit of foliage round ‘em.”

Dandy took no heed of this original hint on the subject of floral decoration. He had gone off on his own train of thought.

“I dare say as other pore creatures up the valley–Welshies–grows vi’lets. Burton ain’t got all the flowers in Wales, nor yet all the vi’lets neither. And if a man keeps them sort o’ things out of doors nights, be deserves to lose ‘em.”

Gipsy took up his poaching apparatus again and adjusted the fine running wire.

“Chances be blowed!” Nobby growled. “Ain’t it just six, and the canteen has been opened these ten minutes? And we wasting our time ‘ere over a lot of silly trout as ain’t to be named in the same day as a bloater. Come along.”

This appeal, being too powerful and too cogent to be ignored, had the desired effect, and the trio made their way silently and thirstily down the valley.

UP to a certain time Dandy’s feelings towards Miss Kate Benwell had been governed by a comfortable philosophy. He admired the girl, he had dallied with her on Sundays, but this had not prevented his liberal admiration of other women. He felt that as yet the easy swagger and the carefully oiled curl over his forehead ought not to be reserved for one of the opposite sex only.

Now things appeared to be different. That the Gipsy in his insidious way had brought about the change for his own wicked amusement. Dandy did not dream. Come what may, that poor creature of a Burton wasn’t to have Cocky Benwell’s girl. Besides, her eyes seemed to have grown brighter and her cheeks more ruddy of late. Critically examined, she was a prettier girl than Dandy had imagined. At the same time, she was a trifle more distant and cold than of yore. This fact landed Dandy in philosophic deeps, as it has often done in the case of cleverer men.