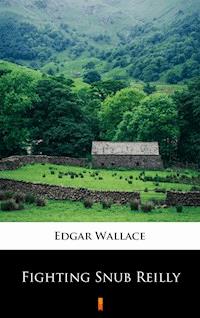 „Fighting Snub Reilly” is one of the mystery story from collection which includes eight short mysteries by Edgar Wallace, a famous British author of mystery genre. There are others: „Jimmy’s Brother”, „The Christmas Cup”, „The Man In The Golf Hut”, „A Romance In Brown”, „The Perfect Gentleman”, „Kid-Glove Harry, „Nig-Nog”. Edgar Wallace was a British author who is best known for creating King Kong. Wallace was a very prolific writer despite his sudden death at age 56. In total Wallace is credited with over 170 novels, almost 1,000 short stories, and 18 stage plays. Wallace’s works have been turned into well over 100 films. 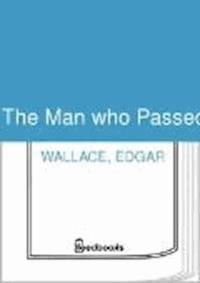 5. A ROMANCE IN BROWN

TEN minutes before Snub Reilly left his dressing-room a messenger delivered a letter. His seconds and his manager protested against his reading anything which might well be disturbing at such a critical moment, for the little man was fighting for his title, and Curly Boyd, the aspirant to championship honors, had knocked out four successive opponents before he claimed his right to a meeting with the World Champion.

“Let me see it,” said Snub, and he was something of an autocrat. The letter was typewritten and was signed by two reputable men whose names were honored in the sporting world.

“Who is the feller?” asked his manager.

“They call him ‘An Unknown’; he wants to meet the winner of tonight’s fight. Send a wire and say I accept.”

His manager grinned. He was a stout man with a moist face, and he had infinite confidence in Snub, but–

“Better wait till after the fight?” he suggested.

“Send it,” said Snub curtly, and put on his dressing-gown.

Manager Seller dispatched the wire, not without some discomfort of mind. The fourth round brought him relief.

Curly Boyd, an approved European champion, had himself to thank for such an early ending to his rosy dreams. He had detected, as he thought, a certain unsteadiness in Snub’s leg movements, an uncertainty that was a hint of a stagger. So Curly, relying upon his excellent fitness, had put everything into a projected left and right. Incidentally he was fighting the greatest ring strategist of his day, and when he uncovered his jaw for the fraction of a second….

“Eight… nine… ten–out!” said a far-away voice in Curly’s ear. Somebody shook him by his gloved hand, and he heard above the roaring in his head a louder roar, and dropped his head wearily to catch a glimpse of a figure in a flowered dressing-gown slipping through the gangway into the gloom behind the ring seats.

It was a fine thing for Snub, because the eyes of the world were on that fight–outside the building limousines were parked twenty deep–and before he reached his dressing-room the news of his victory was quivering in dots and dashes on every line and cable that ran from the city.

He stripped off his dressing-gown and submitted to the attentions of the masseur with some sign of impatience. Ten minutes after the fight he left the building by a side door, and mingled with the thousands who crowded about the entrances. Modesty was Snub Reilly’s favorite vice.

The echoes of such a combat were not to die down in a day, for Snub was something of a national hero. This champion who never gave interviews, who was so taciturn and secretive that his very seconds did not meet him until the day before his fights, appealed to the popular imagination as no other ring favorite had done. And when, at the end of the press description, it was announced that “An Unknown” had challenged the winner for a purse of $50,000 (£10,000), and the challenge had been accepted, there was an added value to the news.

Even staid and sleepy Rindle, dedicated to the education of youth, was excited, wildly excited for Rindle. The headmaster read the account of the fight at breakfast and hummed and ha’d his approval of the lightning stroke which laid the presumptuous Curly Boyd so low. And on the opposite side of the breakfast table Vera Shaw, nineteen and beautiful, hid a newspaper on her lap, read furtively and was thrilled. A group of boys en route from their dormitories-houses to prayers and morning school, gathered about one daring soul who had broken all school regulations by purchasing forbidden literature, and whooped joyously.

It was natural that Barry Tearle, the mathematical master, should stop in the midst of correcting exercises, hitch up his gown at the neck for comfort, and sit back to study the account. Natural, because he was also games master and instructor of the noble art to Rindle School.

He put down the paper with a thoughtful frown and went back to his exercises, lighting his pipe mechanically the while. Presently he gathered the papers together and rose. The bell was clanging the warning for prayers in Hall, at which solemn function all masters were expected to be present. He hurried across the quadrangle-campus and under the archway above which was part of the head’s quarters. He never passed under that arch without wondering whether Vera owned those rooms. It was part of the daily routine of unconscious speculation, and he was so wondering as he turned to join the stream of boys on the flagged path to Hall, when he heard his name called.

He turned quickly, startled almost, and swept off his cap.

It was the subject of his thoughts.

“I saw you come home this morning.”

She pointed an accusing finger and he blushed.

“Did–did you? My car had a breakdown near Northwood–I hope I didn’t disturb you?”

No errant boy called to his study to explain a delinquency could have looked more patently guilty than he, and she laughed, and when Vera Shaw laughed, it required all his self-possession to behave sanely.

“No, you didn’t disturb me. I couldn’t sleep and was sitting at the window approving of the moon when you sneaked into the quad–there is no other word for it. Did you see the fight?” she asked suddenly, and he gasped.

“Pooh!” She flicked her finger at him. “I’ve read every bit about it. Do tell me who is ‘An Unknown’ who is going to fight that darling Snub–run, you’ll be late!”

The bell had stopped, the trembling note of the organ quivered in the still air, and Barry gathered up his gown and sprinted. He hoped she would be waiting when chapel ended, and was the first to leave after the final “amen.” She was standing where he had left her, but Sellinger was with her, and, forgetful of the admirable charity toward all men which he had so recently intoned, Barry cursed Sellinger most heartily.

John Sellinger lived in Rindle; his ancestors had founded Rindle School, and he himself assumed the style and manner and mental attitude of hereditary patron saint to the school. He was tall, overtopping Barry by six inches, florid, well fed, and prosperous. He was good-looking too, in a heavy, aquiline way. And he made no secret that his patronage of Rindle might extend to acquiring relationship with its headmaster.

“Morning, Tearle. I suppose you didn’t see the fight?”

“No, I didn’t see the fight,” said Barry savagely. “Have I nothing better to do–did you?” he asked suddenly.

“Yes, rather–I was just telling Vera all about it. Wonderful fellow, Reilly. Smaller even than you.”

“Is it possible?” asked Barry, affecting an extravagant surprise. “Could you see him?”

“Don’t be sarcastic,” said Mr. Sellinger. “Of course you could see him–you don’t see much of him from where I sat, he doesn’t stand still long enough, but, boy, he’s a fighter!”

“As to the unknown idiot who wants to fight him–”

“Good morning,” said Barry shortly, and with a lift of his hat went on.

“Curious fellow that.” Sellinger shook his head. “Can’t quite make him out, Vera.”

“Will you please not call me by my Christian name?”

He was surprised and hurt.

He drew himself erect, for he was a Sellinger of Rindle; and Sellingers of Rindle have drawn themselves erect for several centuries at the mere suggestion that they could not do just what their sweet fancy dictated.

“Of course, if you wish it, Ve–Miss–er–Shaw; by all means. I’m sorry if I’ve offended you.”

He was not sorry except for himself, of course; but it was the kind of reply that a representative of the oldest family in the county should make.

“You haven’t offended me–only I don’t like it. Why do you think that Mr. Tearle is curious?”

“Well,” he hesitated, “a schoolmaster isn’t the best paid professional in the world, and yet Tearle lives in style, has a car of his own, is always dressed well.”

She looked at him in that weary, patient way which women can make so offensive.

“Other people have money–you have money, and yet it isn’t curious,” she said coldly. “Or do you think it is curious because you haven’t got it all?”

“How like you to defend him!” he said, and before indignation could permit an appropriate reply he went on: “Did your father say whether the School Extension Committee was meeting at the usual hour?”

She shook her head and half turned to go.

“About what?” She was exasperated by his studied hesitations, but she was curious.

“About the money that has been raised for the school extension. It is a tremendous sum for a–well, for an ill-paid master to handle.”

He knew he had made a mistake before the words were out, for the girl’s face had gone from crimson to white as the drift of his meaning appeared.

He blinked at her in amazement. He had never regarded her as anything but a soft, fluffy, kitteny thing, and a possible ornament to his gloomy house. He looked aghast upon a fury; her gray eyes, dark with passion, her lips straight drawn and unbecoming. That is the impression he carried away with him–her mouth was unbecoming in anger.