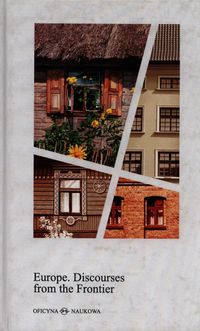 Etymologically, “frontier” can be related to “in front of” – that which lies ahead, between the subject and his or her horizon. Therefore everywhere outside the Self, and as far as the individual world-version stretches, is the “frontier”, which thus forms an essential part of Self-identification. Whereas territory is about spatial identity, and territorial space is defined, bounded by boundaries, the frontier can be seen as an indeterminate, open space. I have introduced the German term Fremde as translation of “frontier” as a means of analysing the relationship between Self and the “Other”. The frontier in this sense is outside one’s own personal space, but nevertheless located within a familiar horizon – otherwise it could not be recognised as such, and could not serve as a parameter of belonging (Ullrich Kockel, this volume)