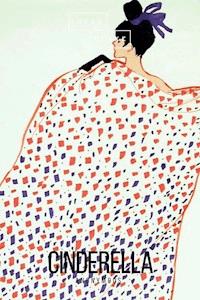 Cinderella is a folk tale embodying a myth-element of unjust oppression/triumphant reward. Thousands of variants are known throughout the world. The title character is a young woman living in unfortunate circumstances, that are suddenly changed to remarkable fortune. The oldest documented version comes from China, and the oldest European version from Italy. The most popular version was first published by Charles Perrault in Histoires ou contes du temps passé in 1697, and later by the Brothers Grimm in their folk tale collection Grimms' Fairy Tales. Although the story's title and main character's name change in different languages, in English-language folklore "Cinderella" is the archetypal name. The word "Cinderella" has, by analogy, come to mean one whose attributes were unrecognized, or one who unexpectedly achieves recognition or success after a period of obscurity and neglect. The still-popular story of "Cinderella" continues to influence popular culture internationally, lending plot elements, allusions, and tropes to a wide variety of media. The Aarne-Thompson system classifies Cinderella as "the persecuted heroine". The story of Rhodopis, about a Greek slave girl who marries the king of Egypt, is considered the earliest known variant of the "Cinderella" story (published 7 BC), and many variants are known throughout the world. 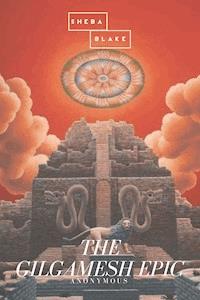 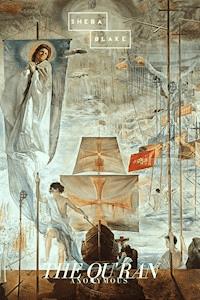 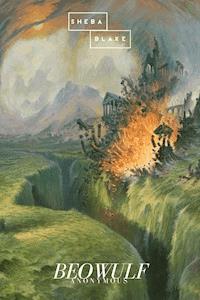 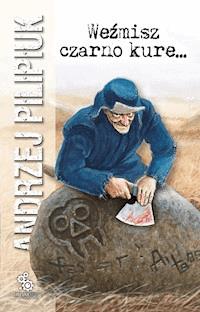 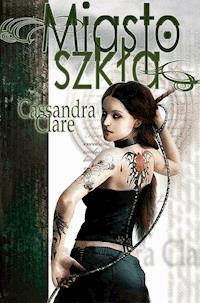 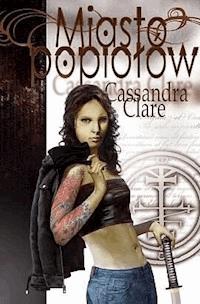 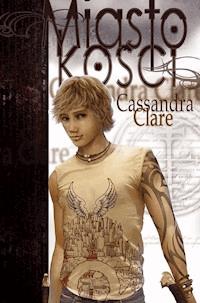 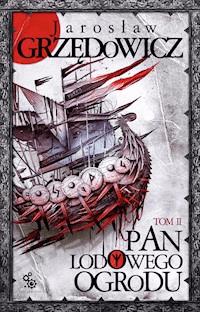 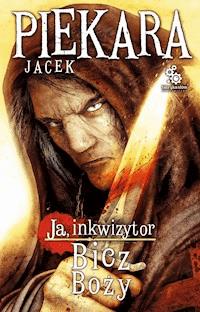 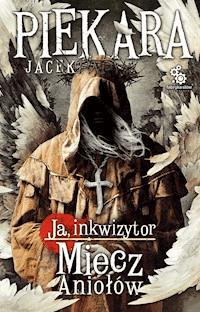 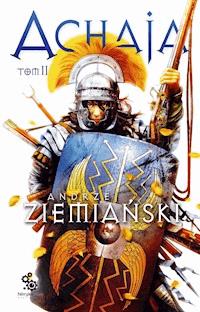 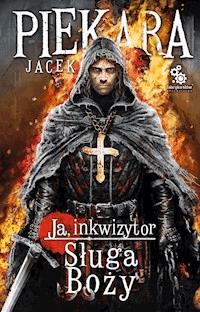 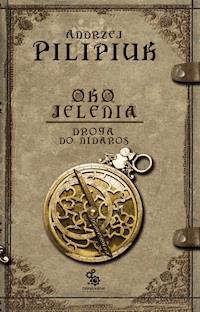 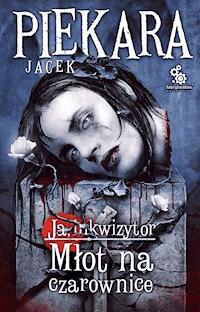 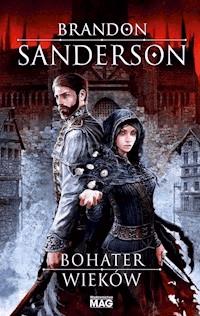 GUY AND THE BEE.

A VISIT FROM A PRINCE.

THE DOLLS AND THE OTHER DOLLS.

WHY DID MAMMA CHANGE HER MIND?

A HORSE WHO WORE SNOW SHOES.

HOW HIRAM SPENT HIS SHRIMP MONEY.

JUST AS SHE PLEASED.

THE WORKING TOOLS OF INSECTS.

Once there was a gentleman who married for his second wife the proudest and most haughty woman that was ever seen. She had by a former husband two daughters of her own humor, who were, indeed, exactly like her in all things. He had likewise, by another wife, a young daughter, but of unparalleled goodness and sweetness of temper, which she took from her mother, who was the best creature in the world.

No sooner were the ceremonies of the wedding over but the mother-in-law began to show herself in her true colors. She could not bear the good qualities of this pretty girl, and the less because they made her own daughters appear the more odious. She employed her in meanest work of the house: she scoured the dishes, tables, etc., and scrubbed madam's chamber and those of misses, her daughters; she lay up in a sorry garret, upon a wretched straw bed, while her sisters lay in fine rooms, with floors all inlaid, upon beds of the very newest fashion, and where they had looking-glasses so large that they might see themselves at their full length from head to foot.

The poor girl bore all patiently and dared not tell her father, who would have rattled her off; for his wife governed him entirely. When she had done her work she used to go into the chimney-corner and sit down among cinders and ashes, which made her commonly be called a cinder maid; but the youngest, who was not so rude and uncivil as the eldest, called her Cinderella. However, Cinderella, notwithstanding her mean apparel, was a hundred times handsomer than her sisters, though they were always dressed very richly.

It happened that the King's son gave a ball and invited all persons, of fashion to it. Our young misses were also invited, for they cut a very grand figure among the quality. They were mightily delighted at this invitation, and wonderfully busy in choosing out such gowns, petticoats, and head-clothes as might become them. This was a new trouble to Cinderella, for it was she who ironed her sisters' linen and plaited their ruffles. They talked all day long of nothing but how they should be dressed.

"For my part," said the eldest, "I will wear my red velvet suit with French trimming."

"And I," said the youngest, "shall have my usual petticoat; but then, to make amends for that, I will put on my gold-flowered manteau and my diamond stomacher, which is far from being the most ordinary one in the world."

They sent for the best tire-woman they could get to make up their headdresses and adjust their double pinners, and they had their red brushes and patches from Mademoiselle de la Poche.

Cinderella was likewise called up to them to be consulted in all these matters, for she had excellent notions and advised them always for the best, nay, and offered her services to dress their heads, which they were very willing she should do. As she was doing this they said to her:

"Cinderella, would you not be glad to go to the ball?"

"Thou art in the right of it," replied they. "It would make the people laugh to see a cinder wench at a ball."

Any one but Cinderella would have dressed their heads awry, but she was very good and dressed them perfectly well. They were almost two days without eating, so much they were transported with joy. They broke above a dozen of laces in trying to be laced up close, that they might have a fine, slender shape, and they were continually at their looking-glass. At last the happy day came. They went to Court, and Cinderella followed them with her eyes as long as she could, and when she had lost sight of them she fell a-crying.

Her Godmother, who saw her all in tears, asked her what was the matter.

She was not able to speak the rest being interrupted by her tears and sobbing.

This Godmother of hers, who was a fairy, said to her: "Thou wishest thou could'st go to the ball. Is it not so?"

"Well," said her Godmother, "be but a good girl, and I will contrive that thou shalt go." Then she took her into her chamber and said to her: "Run into the garden and bring me a pumpkin."

Cinderella went immediately to gather the finest she could get and brought it to her Godmother, not being able to imagine how this pumpkin could make her go to the ball. Her Godmother scooped out all the inside of it, having left nothing but the rind; which done, she struck it with her wand, and the pumpkin was instantly turned into a fine coach, gilded all over with gold.

She then went to look into her mousetrap, where she found six mice all alive, and ordered Cinderella to lift up a little the trapdoor, when, giving each mouse as it went out a little tap with her wand, the mouse was that moment turned into a fine horse, which altogether made a very fine set of six horses of a beautiful mouse-colored dapple-gray. Being at a loss for a coachman, Cinderella said:

"I will go and see if there is never a rat in the rattrap--we may make a coachman of him."

"Thou art in the right," replied her Godmother. "Go and look."

Cinderella brought the trap to her, and in it there were three huge rats. The fairy made choice of one of the three which had the largest beard, and having touched him with her wand he was turned into a fat, jolly coachman, who had the smartest whiskers eyes ever beheld. After that she said to her:

"Go again into the garden, and you will find six lizards behind the watering-pot. Bring them to me."

She had no sooner done so but her Godmother turned them into six footmen,who skipped up immediately behind the coach, with their liveries all bedaubed with gold and silver, and clung as close behind each other as if they had done nothing else their whole lives. The fairy then said to Cinderella:

"Well, you see here an equipage fit to go to the ball with. Are you not pleased with it?"

Her Godmother only just touched her with her wand, and at the same instant her clothes were turned into cloth-of-gold and silver, all beset with jewels. Ah! who can describe a robe made by the fairies? It was white as snow, and as dazzling; round the hem hung a fringe of diamonds, sparkling like dewdrops in the sunshine. The lace about the throat and arms could only have been spun by fairy spiders. Surely it was a dream! Cinderella put her daintily gloved hand to her throat, and softly touched the pearls that encircled her neck.

"Come, child," said the Godmother, "or you will be late."

As Cinderella moved, the firelight shone upon her dainty shoes.

"They are of diamonds," she said.

"No," answered her Godmother, smiling; "they are better than that--they are of glass, made by the fairies. And now, child, go, and enjoy yourself to your heart's content."

But her Godmother, above all things, commanded her not to stay till after midnight, telling her at the same time that if she stayed one moment longer the coach would be a pumpkin again, her horses mice, her coachman a rat, her footmen lizards, and her clothes become just as they were before.

She promised her Godmother she would not fail of leaving the ball before midnight, and then away she drives, scarce able to contain herself for joy. The King's son, who was told that a great Princess, whom nobody knew, was come, ran out to receive her. He gave her his hand as she alighted out of the coach; and led her into the hall among all the company. There was immediately a profound silence, they left off dancing, and the violins ceased to play, so attentive was every one to contemplate the singular beauties of the unknown newcomer. Nothing was then heard but a confused noise of "Ha! how handsome she is! Ha! how handsome she is!"

The King himself, old as he was, could not help watching her and telling the Queen softly that it was a long time since he had seen so beautiful and lovely a creature.

All the ladies were busied in considering her clothes and headdress, that they might have some made next day after the same pattern, provided they could meet with such fine materials and as able hands to make them.

The King's son conducted her to the most honorable seat and afterward took her out to dance with him. She danced so very gracefully that they all more and more admired her. A fine collation was served up, whereof the young Prince ate not a morsel, so intently was he busied in gazing on her.

She went and sat down by her sisters, showing them a thousand civilities, giving them part of the oranges and citrons which the Prince had presented her with, which very much surprised them, for they did not know her. While Cinderella was thus amusing her sisters, she heard the clock strike eleven and three-quarters, whereupon she immediately made a courtesy to the company and hastened away as fast as she could.

Being got home, she ran to seek out her Godmother, and after having thanked her she said she could not but heartily wish she might go next day to the ball, because the King's son had desired her.