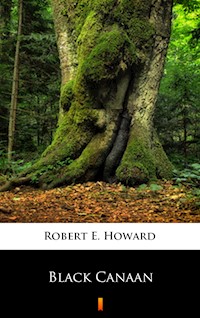 Good collection of stories. Black Canaan is a favorite of mine. I have some doubts that REH would have finished „The House” with the suicide of John Conrad, but it is a Lovecraftian ending (Augest Derleth finished the REH fragment in this volume).

4. THE DWELLERS IN THE SWAMP

“TROUBLE on Tularoosa Creek!” A warning to send cold fear along the spine of any man who was raised in that isolated back-country, called Canaan, that lies between Tularoosa and Black River–to send him racing back to that swamp-bordered region, wherever the word might reach him.

It was only a whisper from the withered lips of a shuffling black crone, who vanished among the throng before I could seize her; but it was enough. No need to seek confirmation; no need to inquire by what mysterious, black-folk way the word had come to her. No need to inquire what obscure forces worked to unseal those wrinkled lips to a Black River man. It was enough that the warning had been given–and understood.

Understood? How could any Black River man fail to understand that warning? It could have but one meaning–old hates seething again in the jungle-deeps of the swamplands, dark shadows slipping through the cypress, and massacre stalking out of the black, mysterious village that broods on the moss-festooned shore of sullen Tularoosa.

Within an hour New Orleans was falling further behind me with every turn of the churning wheel. To every man born in Canaan, there is always an invisible tie that draws him back whenever his homeland is imperiled by the murky shadow that has lurked in its jungled recesses for more than half a century.

The fastest boats I could get seemed maddeningly slow for that race up the big river, and up the smaller, more turbulent stream. I was burning with impatience when I stepped off on the Sharpsvil le landing, with the last fifteen miles of my journey yet to make. It was past midnight, but I hurried to the livery stable where, by tradition half a century old, there is always a Buckner horse, day or night.

As a sleepy black boy fastened the cinches, I turned to the owner of the stable, Joe Lafely, yawning and gaping in the light of the lantern he upheld. “There are rumors of trouble on Tularoosa?”

He paled in the lantern-light.

“I don’t know. I’ve heard talk. But you people in Canaan are a shut- mouthed clan. No one outside knows what goes on in there.”

The night swallowed his lantern and his stammering voice as I headed west along the pike.

The moon set red through the black pines. Owls hooted away off in the woods, and somewhere a hound howled his ancient wistfulness to the night. In the darkness that foreruns dawn I crossed Nigger Head Creek, a streak of shining black fringed by walls of solid shadows. My horse’s hooves splashed through the shallow water and clinked on the wet stones, startlingly loud in the stillness. Behind Nigger Head Creek began the countrymen called Canaan.

Heading in the same swamp, miles to the north, that gives birth to Tularoosa, Nigger Head flows due south to ioin Black River a few miles west of Sharpsville, while the Tularoosa runs westward to meet the same river at a higher point. The trend of Black River is from northwest to southeast; so these three streams form the great irregular triangle known as Canaan.

Beyond Nigger Head the woods thickened, the road narrowed, winding through unfenced pinelands, broken by live-oaks and cypresses. There was no sound except the soft clop-clop of hoofs in the thin dust, the creak of the saddle. Then someone laughed throatily in the shadows.

I drew up and peered into the trees. The moon had set and dawn was not yet come, but a faint glow quivered among the trees, and by it I made out a dim figure under the moss-hung branches. My hand instinctively sought the butt of one of the dueling-pistols I wore, and the action brought another low, musical laugh, mocking yet seductive. I glimpsed a brown face, a pair of scintillant eyes, white teeth displayed in an insolent smile.

“Who the devil are you?” I demanded.

“Why do you ride so late, Kirby Buckner?” Taunting laughter bubbled in the voice. The accent was foreign and unfamiliar; a faintly negroid twang was there, but it was rich and sensuous as the rounded body of its owner. In the lustrous pile of dusky hair a great white blossom glimmered palely in the darkness.

“What are you doing here?” I demanded. “You’re a long way from any darky cabin. And you’re a stranger to me.

“I came to Canaan since you went away,” she answered. “My cabin is on the Tularoosa. But now I’ve lost my way. And my poor brother has hurt his leg and cannot walk.”

“Where is your brother?” I asked, uneasily. Her perfect English was disquieting to me, accustomed as I was to the dialect of the black folk.

“Back in the woods, there–far back!” She indicated the black depths with a swaying motion of her supple body rather than a gesture of her hand, smiling audaciously as she did so.

I knew there was no injured brother, and she knew I knew it, and laughed at me. But a strange turmoil of conflicting emotions stirred in me. I had never before paid any attention to a black or brown woman. But this quadroon girl was different from any I had ever seen. Her features were regular as a white woman’s, and her speech was not that of a common wench. Yet she was barbaric, in the open lure of her smile, in the gleam of her eyes, in the shameless posturing of her voluptuous body. Every gesture, every motion she made set her apart from the ordinary run of women; her beauty was untamed and lawless, meant to madden rather than to soothe, to make a man blind and dizzy, to rouse in him all the unreined passions that are his heritage from his ape ancestors.

I hardly remember dismounting and tying my horse. My blood pounded suffocatingly through the veins in my temples as I scowled down at her, suspicious yet fascinated.