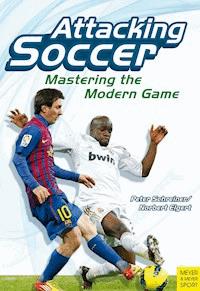 Soccer fans around the world adore the attacking style of play based on fast passing combinations, spectacular dribblings, and the art of beautiful shot goals. The question regarding this style of game is how to coach your team to embrace fast Attacking Soccer. How do you shape your training to cover all the technical and tactical basics? Peter Schreiner and Norbert Elgert, renowned German coaches, give the right answers, including systematical approaches. Every coach can easily shape his training programs with easy to use excersises, which are richly illustrated. 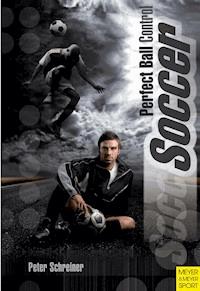 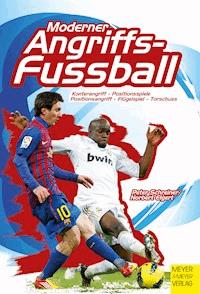 is the author and producer of many books, articles and DVDs on soccer as well as the creator of the software “Easy Sports-Graphics” which is especially designed for coaches. He is the chairman of the German Institute of Youthsoccer and Co-Founder of the German Soccer Academy. He coached the youth team of Schalke 04 and is now an official coach of the German Football Federation.

started his career as a professional Bundesliga player for Schalke 04. After his career, he pursued a way of active coaching and won the German youth championship with Schalke’s team. He is an official coach for the German Football Federation.

For reasons of better readability, we have decided to use the male (neutral) form of address throughout the book, which of course also includes the female form.

The content of this book was thoroughly researched. However, no responsibility is taken for the correctness of this information. Neither the authors nor the publisher can be held liable for any possible losses or damages resulting from information presented in this book.

All rights reserved. Except for use in a review, no part of this publication maybe reproduced, stored in a retrieval system, or transmitted, in any form or by any means now known or hereafter invented without the prior written permission of the publisher.

This book may not be lent, resold, hired out or otherwise disposed of by way of trade in any form, binding or cover other than that which is published, without the prior written consent of the publisher.

Member of the World

1.2.1 Phase prior to gaining possession of the ball

1.2.2 Phase after gaining possession of the ball

1.2.3 During the opponent’s counter attack

2      Prerequisites for a successful counter attack

2.1   Systematic teaching and training of the counter attack

2.2   Preliminary practice to counter attack – Playing down the field

Sprint duel for the long pass

How to play 2 v 0 against a goalkeeper

3.1   Positional play as prerequisite to the successful attack

3.4   Additional tips for getting open

3.5   The importance of passing

3.7   The ten most important coaching points for passing practice

3 v 1 as a team competition

Setting training goals with a number of permitted touches

6.1   Characteristics and tactical rules for a successful possession attack

6.2   Prerequisites for a successful possession attack

6.3   Systematic teaching and practice of a possession attack

8      Drills for an improved possession attack

7 v 7 through poles on large goals

5 v 5 on the wing with options

5 v 5 – play on both goals with neutral goalkeepers

7 v 7 – dribbling across the goal line

Competition – goal after a cross

Shot at the goal after crossover

9.2   Two types of training for shooting at the goal

9.3   Technical training for shooting at the goal

9.4   Training the shot at the goal in a realistic setting

9.5   Conclusions to training the shot at the goal

9.6   Tips and recommendations for training the shot at the goal

9.9   Different types of shots at the goal

10    Technical Training for the Shot at the Goal

Shot at the goal after dribbling

Shot at the goal with the second touch

Shot at the goal after give and go

Shot at the goal by the third man

Direct soccer in a square with shot at the goal

Direct soccer in a square – 90° shot at the goal

Direct soccer in a square – competition

Y-drill – cutting across with a shot at the goal

Direct soccer figure-8 – competition with a shot at the goal

At the goal or group run

12    Shooting practice in a realistic setting

We would like to thank Horst Wein, whose workshops and books provided us with valuable suggestions.

We would also like to thank Marion Becker who, on demand, continuously created new players and tools for the easy Sports-Graphics software, allowing us to provide realistic illustrations of our forms of training.

Special thanks to Conny Elgert, for her energetic and inspiring support during the creation of this book!

Soccer fans all over the world love attacking soccer with its quick combinations, spectacular dribbling, and beautiful goals. Top teams like Real Madrid, Arsenal London, and Bayern Munich demonstrate how modern and successful soccer is played. All players immediately switch to offense after they gain possession of the ball. They do not wait until the opponent has gotten organized but quickly utilize holes in the opposing defense. They penetrate the opponent’s penalty area with very few, mostly direct plays.

After gaining possession of the ball, it is crucial to quickly mount a counter attack while the opposing line is still disorganized and open. If the opponent quickly reorganizes and switches to defense, it is best to launch a possession attack.

But first a few tips:

• Drills and plays aren’t what help your players improve, but rather how the players use them.

• How do you correct your players? What are your areas of emphasis?

• The sections on tips and suggestions are particularly important.

This book provides a systematic compilation of drills.

First, the theoretic aspects of each topic are covered extensively to lay the foundation for the subsequent practical segment. In the practical segment, you will find complex passing and dribbling drills. We recommend these for the second warm-up phase of training, which prepares your players for the main part of training.

All drills and plays have been tested and tried on different age groups and ability levels.

The illustrations in this book are created with easy Sports-Graphics (www.easy-sports-software.com/)

In today’s soccer, the amount of space around the ball is becoming increasingly smaller, but the pressure on the player in possession of the ball from opponent and pressure of time continue to increase. In addition, modern, ball-oriented approaches to defense and strategies make successful actions in the orderly, safe structure of the possession attack more difficult. This fact warrants the development of offensive counter strategies.

This makes the quick counter move after winning the ball all the more important. Many of the goals scored during a game come after a quick touch directly after the ball is won. It is no coincidence that most of the goals in a game are scored after fewer than five passes.

Successful teams switch from defense to offense at lightning speed. In fact, the entire team should mentally prepare for their possible counter attack during the defensive phase. Immediately after gaining possession, the players purposefully utilize the opponent’s brief disorganization (ideally as a majority). They don’t waste time looking for the quickest, most direct path to the opposing goal.

Successful counter attacks require meticulous and thorough preparation and development during training. There is an important and crucial difference between counter attack and attacking play, or rather attack tactic. Pure attacking play as a team tactic is characterized by the entire team retreating completely into their half when the opponent has possession of the ball and, after regaining possession, starting quick, targeted counter attacks against the opponent, who has moved well up the field and whose defense is thus open.

After gaining possession of the ball, the counter attack produces a quick gain of space and a majority with few passes or high-speed dribbling. Ideally, the first or second pass reaches a teammate in front of the ball.

During the game, all players closely watch the opponent’s defense so they can offer a coordinated and appropriate reaction. They read the opponent’s game independently but also view it through the same eyes.

A counter attack is always preceded by a mistake by the opponent. The idea is to provoke this mistake. Teams with a counter attack mentality always anticipate the possibility of a counter attack and are prepared to quickly switch to attack mode after gaining possession of the ball. All players keep constant track of the game and know the exact location of ball, opponent, and teammates.

before gaining possession of the ball (preparation).

after gaining possession of the ball (execution).

1.2.1 Phase prior to gaining possession of the ball

• a team’s tactics and its own game plan

• the opponent’s strengths and weaknesses.