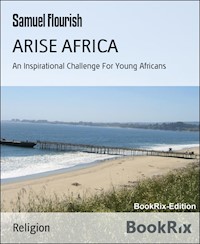 History described Africa as a dark continent made up of a set of primitive people. Is this really true? Was our true identity revealed? How has slavery and colonization affected the mindset of Africans negatively? Can things get better? These and many more are the questions answered in this book ARISE AFRICA by Samuel Nanje Flourish. It is a wake-up call for every young African who wants to be free from western influence. It is also a wake-up call for every Cameroonian who wants to leave an impact in their generation. 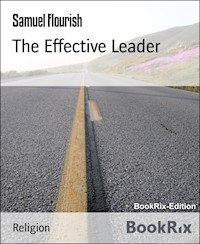 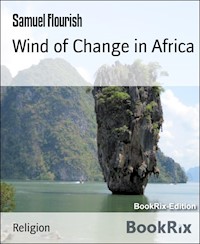 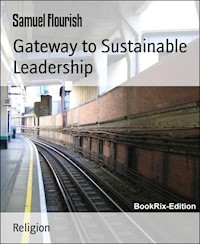 An Inspirational Challenge For Young Africans

To my late father, Police Inspector Daniel Iyase Nanje . A writer who was not known.BookRix GmbH & Co. KG80331 Munich

I hereby acknowledge the continuous financial support of my elder brother Mosongo Iyase Nanje in Maryland USA towards the realization of all my publications so far.

My uncle, Otte John Bake, for providing me with accommodation when I just arrived Yaoundé before this work began. To him I say a big thank you.

Ngoe Shiloh who has been with me all through my trial moments.

To all those who encouraged me in one way or the other especially my covenant children of City Of Light International ,Bekondo. God bless you all.

To my late father, Police Inspector Daniel Iyase Nanje . A writer who was not known.

On the 24th of October, 2009 I was in a trance and I saw myself standing in front of a multitude of people with lamps in their hands. They could not be numbered and they formed the map of Africa. Jesus, while standing by my side, said to me, “son these are the people you shall raise.”  He added, “Prosperity shall be your heart.” The lamps in their hands faded and a bright light shone suddenly on them. They were all putting on white robes.

Jesus started showing me books. I saw people rushing to buy these books both young and old. One of the books he showed me carried the image of our president. When I opened this particular book I saw many pictures of well constructed roads and houses inside. Was he showing me vision 2035? He was so close to me while showing me those books. He had ancient feet and he was putting on sandals. Whenever I attempted to look at his face my eyes were struck by a bright light.

He later carried me to a high mountain where he made me to pass between two men who sat facing each other.When I asked him who they were he told me those were King David and his son Solomon.Before leaving me he gave me a pen.

After this encounter with the Lord Jesus, I immediately developed an urge for writing.

One year later precisely on the 1st of November, 2010 the Lord appeared to me again at exactly 1:00am and asked me a strange question, “CAN FRESH SHADOWS FLYTHROUGH AFRICA?” It took me two whole months to be able to start answering this question and it is what I saw as an answer that I’ve put together in this small book. I am not a good writer neither am I a good historian, but inside this slim booklet you will find some aspects of history, politics, Christianity and social life.

A shadow represents the form of an object but not the object itself. Shadow comes from the word shade which means protection or covering.What we have been experiencing in the African continent in recent years was only a shadow of things to come and God has been using this shadow to protect and preserve the continent. God is now taking away this shadow and he is bringing the continent to her right shape and figure for the world to see and marvel.

There are some things I must have said that will make some people to view me as a racist but from the depth of my heart, I am not one. I love everyone irrespective of their race, cultural or religious orientation. All I have tried to do is to present what I see as the truth in a very sincere and polite manner without using abusive words.

I hope that this piece of material will be a blessing to you.

What I believe about myself is what is true; therefore my success or failure begins with me.

In the beginning God……. There is always a starting point in everything. There is always a where to begin. God began the Bible in the Book of Genesis. The starting point is what reveals the origin.Three very vital questions we should ask ourselves are: What is our origin?Wheredo we come from?What is so unique about us? A lack of understanding of our roots will only give us a very cloudy view of our future.

And God said moreover unto Moses, thus shalt thou say unto the children of Israel, the Lord God of your fathers, the God of Abraham, the God of Isaac, and the God of Jacob, hath sent me unto you; this is my memorial unto all generations.

Have we ever wondered why God made such statements? He was actually pointing the Israelites to two directions. Their origin and their future.There where promises he had made to their ancestors Abraham, Isaac, and Jacob that where yet to be fulfilled. The New Testament of the Holy Bible began by tracing Jesus’ origin.Yes God is very interested in our origin. TheIsraelites knew where they came from, who they where, and where they were going. Jesus knew where He was going and who He was because He had seen on records the promises made to His ancestors by God that were yet to be fulfilled in Him. This gave him a very clear view of where He was going.