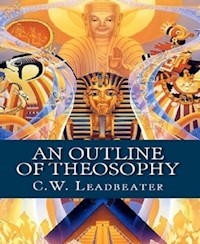 An Outline of Theosophy ebook

Theosophy may be described to the outside world as an intelligent theory of the universe. Yet for those who have studied it, it is not theory, but fact; for it is a definite science, capable of being studied, and its teachings are verifiable by investigation and experiment for those who are willing to take the trouble to qualify themselves for such enquiry. It is a statement of the great facts of Nature so far as they are known – an outline of the scheme of our corner of the universe. 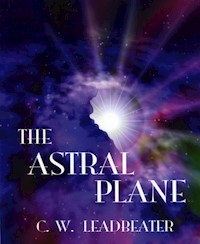 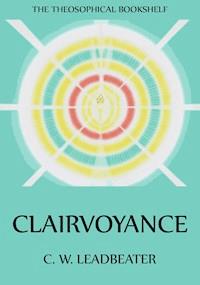 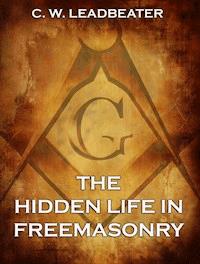 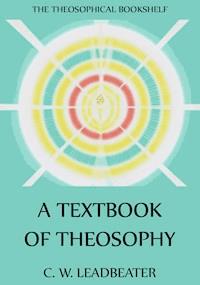 A Textbook Of Theosophy
C.w. Leadbeater

1. For many a year men have been discussing arguing, enquiring about certain great basic truths – about the existence and the Nature of God, about His relation to man, and about the past and future of humanity. So radically have they differed on these points, and so bitterly have they assailed and ridiculed one another’s beliefs, that there has come to be a firmly-rooted popular opinion that with regard to all these matters there is no certainty available – nothing but vague speculation amid a cloud of unsound deductions drawn from ill-established premises. And this in spite of the very definite, though frequently incredible, assertions made on these subjects on behalf of the various religions.

2. This popular opinion, though not unnatural under the circumstances, is entirely untrue. There are definite facts available – plenty of them. Theosophy gives them to us; but it offers them not (as religions do) as matters of faith, but as subjects for study. It is itself not a religion, but it bears to religions the same relation as did the ancient philosophies. It does not contradict them, but explains them. Whatever in any of them is unreasonable, it rejects as necessarily unworthy of the Deity and derogatory to Him; whatever is reasonable in each and all of them it takes up, explains and emphasises, and thus combines all into one harmonious whole.

3. It holds that truth on all these most important points is attainable – that there is a great body of knowledge about them already existing. It considers all the various religions as statements of that truth from different points of view; since, though they differ much as to nomenclature and as to articles of belief, they all agree as to the only matter which are of real importance – the kind of life which a good man should lead, the qualities which he must develop, the vices which he must avoid. On these practical points the teaching is identical in Hinduism and Buddhism, in Zoroasterianism and Muhammadanism, in Judaism and Christianity.

4. Theosophy may be described to the outside world as an intelligent theory of the universe. Yet for those who have studied it, it is not theory, but fact; for it is a definite science, capable of being studied, and its teachings are verifiable by investigation and experiment for those who are willing to take the trouble to qualify themselves for such enquiry. It is a statement of the great facts of Nature so far as they are known – an outline of the scheme of our corner of the universe.

HOW IS IT KNOWN

6. How did this scheme become known, some may ask; by whom was it discovered? We cannot speak of it as discovered, for in truth it has always been known to mankind, though sometimes temporarily forgotten in certain parts of the world. There has always existed a certain body of highly developed men – men not of any one nation, but of all the advanced nations – who have held it in its fullness; and there has always been pupils of these men, who were specially studying it, while its broad principles have always been known in the outer world. This body of highly-developed men exists now, as in past ages, and Theosophical teaching is published to the Western world at their instigation, and through a few of their pupils.

7. Those who are ignorant have sometimes clamorously insisted that, if this be so, these truths ought to have been published long ago; and most unjustly they accuse the possessors of such knowledge of undue reticence in withholding them from the world at large. They forget that all who really sought these truths have always been able to find them, and that it is only now that we are in the Western world are truly beginning to seek.

8. For many centuries Europe was content to live, for the most part, in the grossest superstition; and when reaction at last set in from the absurdity and bigotry of those beliefs, it brought a period of atheism, which was just as conceited and bigoted in another direction. So that it is really only now that some of the humbler and more reasonable of our people are beginning to admit that they know nothing, and to enquire whether there is not real information available somewhere.

9. Though these reasonable enquirers are as yet a small minority, the Theosophical Society has been founded in order to draw them together, and its books are put before the public so that those who will, may read, mark, learn, and inwardly digest these great truths. Its mission is not to force its teaching upon reluctant minds, but simply to offer it, so that those may take it who feel the need for it. We are not in the least under the delusion of the poor arrogant missionary, who dares to condemn to an unpleasant eternity every one who will not pronounce his little provincial shibboleth; we are perfectly aware that all will at last be well for those who cannot as yet see their way to accept the truth, as well as for those who receive it with avidity.

10. But the knowledge of this truth has, for us and for thousands of others, made life easier to bear and death easier to face; and it is simply the wish to share these benefits with our fellow men that urges us to devote ourselves to writing and lecturing on these subjects. The broad outlines of the great truths have been widely known in the world for thousands of years, and are so known in the present day. It is only we in the West who, in our incredible self-sufficiency , have remained ignorant of them, and scoffed at any fragment of them which may have come in our way.

11. As in the case of any other science, so in this science of the soul, full details are known only to those who devote their lives to its pursuit. The men who fully know – those who are called Adepts – have patiently developed within themselves the powers necessary for perfect observation. For in this respect there is a difference between the methods of occult investigation and those of the more modern form of science; this latter devotes all its energy to the improvement of its instruments, while the former aims rather at development of the observer.

12. THE METHOD OF OBSERVATION

13. The detail of this development would take up more space than can be devoted to it in a preliminary manual such as this. The whole scheme will be found fully explained in other Theosophical works; for the moment let it suffice to say that it is entirely a question of vibration. All information which reaches a man from the world without, reaches him by means of vibration of some sort, whether it be through the senses of sight, hearing or touch. Consequently, if a man is able to make himself sensitive to additional vibrations he will acquire additional information; he will become what is commonly called “clairvoyant”.

14. This word, as commonly used, means nothing more than a slight extension of normal vision; but it is possible for a man to become more and more sensitive to the subtler vibrations, until his consciousness, acting through many developed faculties, functions freely in new and higher ways. He will then find new worlds of subtler matter opening up before him, though in reality they are only new portions of the world he already knows.

15. He learns in this way that a vast unseen universe exists round him during his whole life, and that it is constantly affecting him in many ways, even though he remains blindly unconscious of it. But when he develops faculties whereby he can sense these other worlds, it becomes possible for him to observe them scientifically, to repeat his observations many times, to compare them with those of others, to tabulate them, and draw deductions from them.

16. All this has been done – not once, but thousands of times. The Adepts of whom I spoke have done this to the fullest possible extent, but many efforts along the same line have been made by our own Theosophical students. The result of our investigations has been not only to verify much of the information given to us at the outset by those Adepts, but also to explain and amplify it very considerably.

17. The sight of this usually unseen portion of our world at once brings to our knowledge a vast body of entirely new facts which are of the very deepest interest. It gradually solves for us many of the most difficult problems of life; it clears up for us many mysteries so that we now see them to have been mysteries to us for so long, only because heretofore we saw so small a part of the facts, because we were looking at the various matters from below, and as isolated and unconnected fragments, instead of rising above them to a standpoint whence they are comprehensible as parts of a mighty whole.