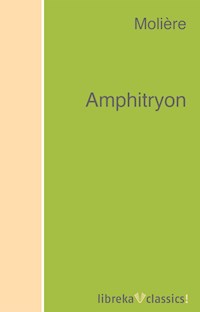 Amphitryon by Molière. Translated by A. R. Waller libreka classics – These are classics of literary history, reissued and made available to a wide audience. Immerse yourself in well-known and popular titles! 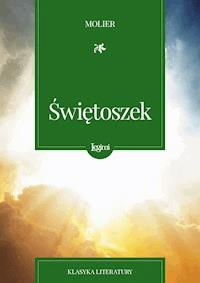 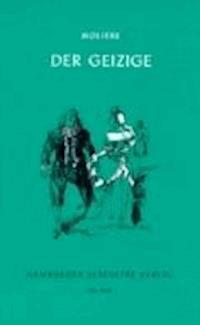 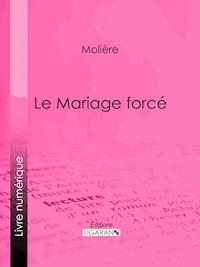 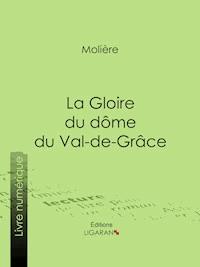 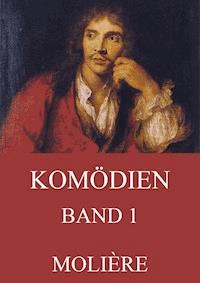 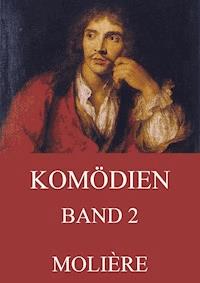 Amphitryon was played for the first time in Paris, at the Theatre du Palais-Royal, January 13, 1668. It was successfully received, holding the boards until the 18th of March, when Easter intervened. After the re-opening of the theatre, it was played half a dozen times more the same year, and continued to please.

The first edition was published in 1668.

Note: It is perhaps hardly necessary to refer the reader to Amphitryon, by Plautus, the comedy upon which Moliere's charming play was, in the main, based. The rendering attempted here can give but a faint reflection of the original, for hardly any comedy of Moliere's loses more in the process of translation.

MERCURY, on a cloud; NIGHT, in a chariot drawn by two horses

MERC. Wait! Gentle Night; deign to stay awhile: Some help is needed from you. I have two words to say to you from Jupiter.

NIGHT. Ah! Ah! It is you, Seigneur Mercury! Who would have thought of you here, in that position?

MERC. Well, feeling tired, and not being able to fulfil the different duties Jupiter ordered me, I quietly sat down on this cloud to await your coming.

NIGHT. You jest, Mercury: you do not mean it; does it become the Gods to say they are tired?

MERC. Are the Gods made of iron?

NIGHT. No; but one must always have a care for divine decorum. There are certain words the use of which debases this sublime quality, and it is meet that these should be left to men, because they are unworthy.

MERC. You speak at your ease, fair lady, from a swiftly rolling chariot, in which, like a dame free from care; you are drawn by two fine horses wherever you like. But it is not the same with me. Such is my miserable fate that I cannot bear the poets too great a grudge for their gross impertinence in having, by an unjust law, which they wish to retain in force, given a separate conveyance to each God, for his own use, and left me to go on foot: me, like a village messenger, though, as everyone knows, I am the famous messenger of the sovereign of the Gods, on the earth and in the heavens. Without any exaggeration, I need more than any one else the means of being carried about, because of all the duties he puts upon me.

NIGHT. What can one do? The poets do what pleases them. It is not the only stupidity we have detected in these gentlemen. But surely your irritation against them is wrong, for the wings at your feet are a friendly gift of theirs.

MERC. Yes; but does going more quickly tire oneself less?

NIGHT. Let us leave the matter, Seigneur Mercury, and learn what is wanted.

MERC. Jupiter, as I have told you, wishes the dark aid of your cloak for a certain gallant adventure, which a new love affair has furnished him. His custom is not new to you, I believe: often does he neglect the heavens for the earth; and you are not ignorant that this master of the Gods loves to take upon himself the guise of man to woo earthly beauties. He knows a hundred ingenious tricks to entrap the most obdurate. He has felt the darts of Alcmene's eyes; and, whilst Amphitryon, her husband, commands the Theban troops on the plains of Boeotia, Jupiter has taken his form, and assuaged his pains, in the possession of the sweetest of pleasures. The condition of the couple is propitious to his desire: Hymen joined them only a few days ago; and the young warmth of their tender love suggested to Jupiter to have recourse to this fine artifice. His stratagem proved successful in this case; but with many a cherished object a similar disguise would not be of any use: it is not always a sure means of pleasing, to adopt the form, of a husband.

NIGHT. I admire Jupiter, and I cannot imagine all the disguises which come into his head.

MERC. By these means he wishes to taste all sorts of conditions: that is the act of a God who is not a fool. However mortals may regard him, I should think very meanly of him if he never quitted his redoubtable mien, and were always in the heavens, standing upon his dignity. In my opinion, there is nothing more idiotic than always to be imprisoned in one's grandeur; above all, a lofty rank becomes very inconvenient in the transports of amorous ardour. Jupiter, no doubt, is a connoisseur in pleasure, and he knows how to descend from the height of his supreme glory. So that he can enter into everything that pleases him, he entirely casts aside himself, and then it is no longer Jupiter who appears.

NIGHT. I could overlook seeing him step down from his sublime stage to that of men, since he wishes to enter into all the transports which their natures can supply, and join in their jests, if, in the changes which take his fancy, he would confine himself to nature. But I do not think it fitting to see Jupiter as a bull, a serpent, a swan, or what not, and it does not astonish me that it is sometimes talked about.

MERC. Let all the busybodies talk; such changes have their own charms and surpass people's understanding. The God knows what he does in this affair as in everything else: in the movements of their tender passions, animals are not so loutish as one might think.

NIGHT. Let us return to the lady whose favours he enjoys. If, by his stratagem, his pursuit is successful, what more can he wish? What can I do?

MERC. He wishes that you would slacken the pace of your horses, to satisfy the passion of his amorous heart, and so make of a delightful night the longest night of all; that you would give him more time for his transports, and retard the birth of day since it will hasten the return of him whose place he occupies.

NIGHT. Really the employment which the great Jupiter reserves for me is a worthy one! The service he requires of me passes under a very respectable name.