All Life Is Yoga: Love ebook

"Each time an individual breaks the narrow limitations in which he is imprisoned by his ego and emerges into the open air, through self-giving, whether for the sake of another human being or his family, his country or his faith, he finds in this self-forgetfulness a foretaste of the marvellous delight of love, and this gives him the impression that he has come into contact with the Divine. But most often it is only a fleeting contact, for in the human being love is immediately mixed with lower egoistic movements which debase it and rob it of its power of purity." - The Mother 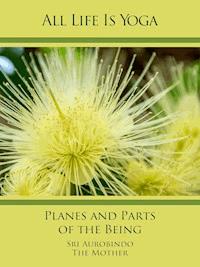 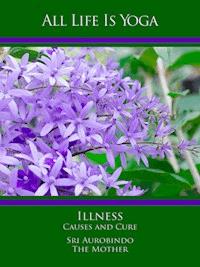 „All life is Yoga.” – Sri Aurobindo

Section 1 – Origin and Purpose of Love

The True Purpose of Love

The First Expression of Love and the Summit of Its Ascent

Love Does Not Destroy – It Transforms

What Kind of Love Do Animals Have for Men?

Section 3 – The Way Towards True Love

The Way of True Love

Divine Love Is Always There

Flower on the cover:

Spiritual significance and explanation given by the Mother:

Love for the Divine

In general different varieties represent different aspects of Love for the Divine.

This is one in a series of some e-books published by Sri Aurobindo Digital Edition under the title ALL LIFE IS YOGA. Our effort is to bring together, from Sri Aurobindo and the Mother, simple passages with a practical orientation on specific subjects, so that everyone may feel free to choose a book according to his inner need. The topics cover the whole field of human activity, because true spirituality is not the rejection of life but the art of perfecting life.

To live, to love are signs of infinite things,

Love is a glory from eternity’s spheres.

That steal his name and shape and ecstasy,

He is still the godhead by which all can change.

Section 1Origin and Purpose of Love

Love is one of the great universal forces; it exists by itself and its movement is free and independent of the objects in which and through which it manifests. It manifests wherever it finds a possibility for manifestation, wherever there is receptivity, wherever there is some opening for it. What you call love and think of as a personal or individual thing is only your capacity to receive and manifest this universal force. But because it is universal, it is not therefore an unconscious force; it is a supremely conscious Power. Consciously it seeks for its manifestation and realisation upon earth; consciously it chooses its instruments, awakens to its vibrations those who are capable of an answer, endeavours to realise in them that which is its eternal aim, and when the instrument is not fit, drops it and turns to look for others. Men think that they have suddenly fallen in love; they see their love come and grow and then it fades—or, it may be, endures a little longer in some who are more specially fitted for its more lasting movement. But their sense in this of a personal experience all their own was an illusion. It was a wave from the everlasting sea of universal love.

Love is universal and eternal; it is always manifesting itself and always identical in its essence. And it is a Divine Force; for the distortions we see in its apparent workings belong to its instruments. Love does not manifest in human beings alone; it is everywhere. Its movement is there in plants, perhaps in the very stones; in the animals it is easy to detect its presence. All the deformations of this great and divine Power come from the obscurity and ignorance and selfishness of the limited instrument. Love, the eternal force, has no clinging, no desire, no hunger for possession, no self-regarding attachment; it is, in its pure movement, the seeking for union of the self with the Divine, a seeking absolute and regardless of all other things. Love divine gives itself and asks for nothing. What human beings have made of it, we do not need to say; they have turned it into an ugly and repulsive thing. And yet even in human beings the first contact of love does bring down something of its purer substance; they become capable for a moment of forgetting themselves, for a moment its divine touch awakens and magnifies all that is fine and beautiful. But afterwards there comes to the surface the human nature, full of its impure demands, asking for something in exchange, bartering what it gives, clamouring for its own inferior satisfactions, distorting and soiling what was divine.

To manifest the Divine love you must be capable of receiving the Divine love. For only those can manifest it who are by their nature open to its native movement. The wider and clearer the opening in them, the more they manifest love divine in its original purity; the more it is mixed with the lower human feelings, the greater is the deformation. One who is not open to love in its essence and in its truth cannot approach the Divine. Even the seekers through knowledge come to a point beyond which if they want to go farther, they are bound to find themselves entering at the same time into love and to feel the two as one, knowledge the light of the divine union, love the very heart of knowledge. There is a place in the soul’s progress where they meet and you cannot distinguish one from the other. The division, the distinction between the two that you make in the beginning are a creation of the mind: once you rise to a higher level, they disappear.

Among those who have come into this world seeking to reveal the Divine here and transform earthly life, there are some who have manifested the Divine love in a greater fullness. In some the purity of the manifestation is so great that they are misunderstood by the whole of humanity and are even accused of being hard and unloving, although the Divine love is there. But it is in them divine and not human in its form as in its substance. For when man speaks of love, he associates it with an emotional and sentimental weakness. But the divine intensity of self-forgetfulness, the capacity of throwing oneself out entirely, making no restriction and no reservation, as a gift, asking nothing in exchange, this is little known to human beings. And when it is there unmixed with weak and sentimental emotions, they find it hard and cold; they cannot recognise in it the very highest and intensest power of love.