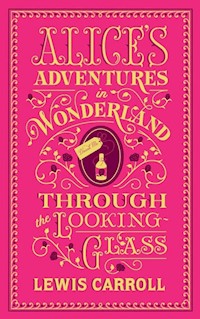 Alices Adventures in Wonderland & Through the Looking-Glass książka papierowa

Carroll's most beloved fantasies appear here in full, unabridged form, accompanied by 85 vintage illustrations by John Tenniel from the original 1865 and 1872 editions. Alice's Adventures in Wonderland chronicles the events that follow after Alice chases a White Rabbit dressed in a waistcoat down a rabbit hole and into the fantastic kingdom of Wonderland. Here, Alice meets creatures armed with uncanny and often bewildering logic, from the hookah-smoking caterpillar to the grinning Cheshire Cat; all the way to the delightfully zany mad Hatter and the melancholy Mock Turtle. As she winds her way through Wonderland, encountering poetry and wordplay galore, Alice crosses paths with the terrible Queen of Hearts and wonders if and how she will ever get home. In the sequel, "Through the Looking Glass", Alice escapes from her mundane existence at home and enters again into a world of wonder. Immediately she becomes a Pawn for the White Queen in a colossal chess match! As Alice races to the Eighth Square to be crowned Queen herself, she is helped and hindered by a variety of colorful characters. She meets quarrelsome brothers Tweedledee and Tweedledum, tangles with talking flowers and bizarre insects, and is aided by Humpty Dumpty in solving the mystery surrounding the dreaded Jabberwocky. Ultimately, Alice is sped on her way by the eccentric White Knight, only to find herself the guest of honor at a coronation party that quickly becomes too much to handle. 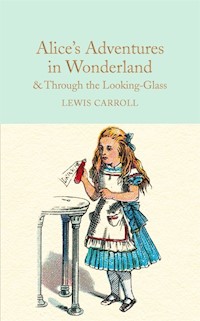 Alices Adventures in Wonderlan Through the Looking-Glass
Lewis Carroll 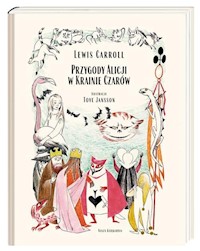 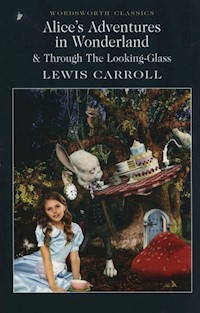 Alice's Adventures in Wonderland Through The Looking-Glass
Lewis Carroll 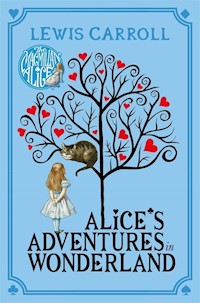 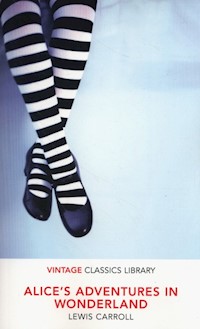 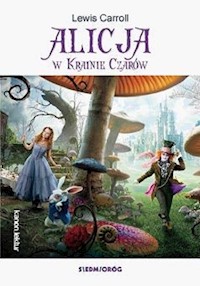