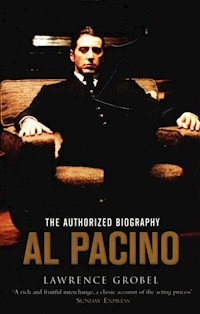 Larry Grobel released a book called In Conversation With Al Pacino and this has the transcript as well where Larry asks Al anything and everything. Sometimes when you see an interview on TV it all goes so quick. In this book you will be able to linger over and contemplate any question and answer you want. You can really imagine Al Pacino responding in his trademark voice. Highly recommended reading for any Al Pacino fan or anyone who respects one of the greatest actors ever. Product Description Not only is Al Pacino known as 'one of the greatest actors in all of film history', he is also considered 'one of Hollywood's most notorious bachelors' as well as being one of the most enigmatic and private celebrities in the world. For the first time, Al Pacino offers a deeply personal and revealing window into everything from his growing up in the South Bronx, where he shared three rooms with nine people, to his fabled studies with Charles Laughton and Lee Strasberg, his father's absence, his mother's early death, and how he bounced through a series of odd jobs until his first paid role at the age of 26. He reveals his childhood dream of becoming a professional baseball player, describes his first drink at 13, and admits his once ate Valium like popcorn at the Academy Awards. Though he has been involved with women like Diane Keaton and Beverly D'Angelo, the mother of his three children, he has never married and here reveals why, and how his feelings have changed. Through it all, he has delivered some of the most seminal performances in film and theatre history and worked with most of its biggest stars. He was nominated for seven Academy Awards before winning Best Actor Oscar for Scent of a Woman. Al Pacino: The Authorized Biography is an intensely personal look at a creative genius at the peak of his powers who, after all these years, still longs to learn more about his art. And for now, it's a close to a memoir as we are likely to get.