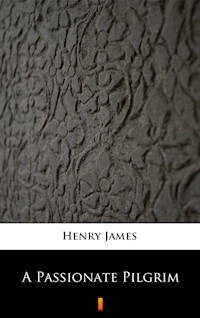 The narrator meets the American Clement Searle in a London hotel. Searle had long wanted to move to England, to run away from the routine of his life. However, he is physically ill and depressed because his lawyer cannot support his claim for a share in the out-of-town property currently owned by Richard Searle. The narrator and the main character are trying to solve this problem. 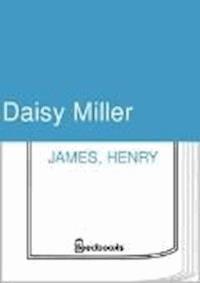 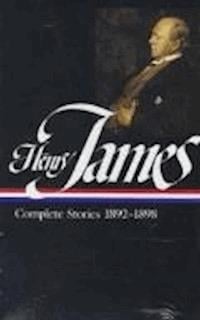 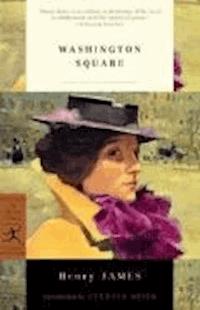 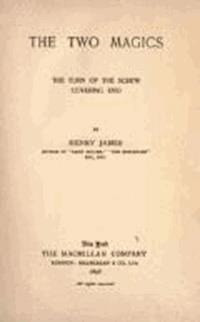 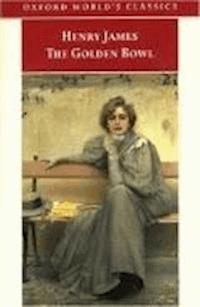 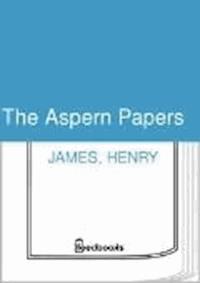 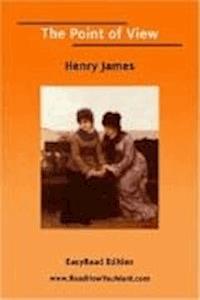 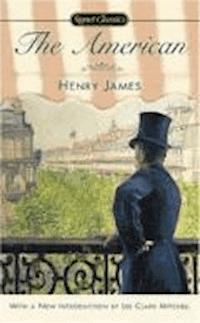 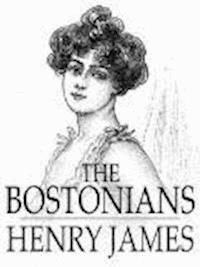 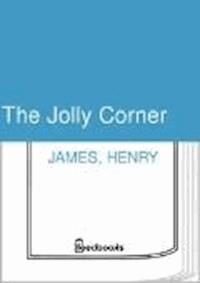 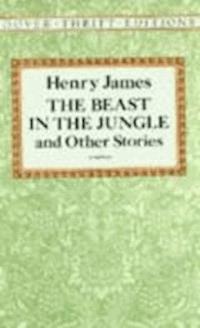 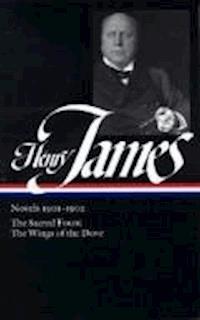 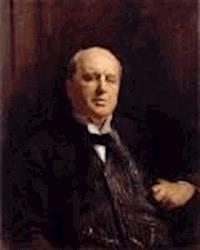 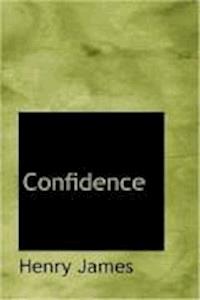 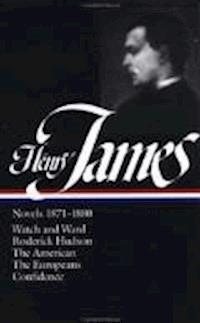 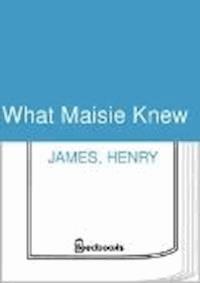 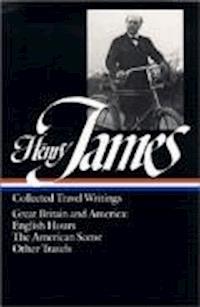 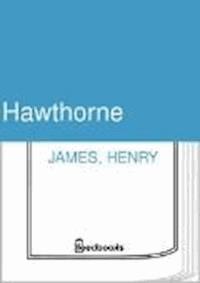 Intending to sail for America in the early part of June, I determined to spend the interval of six weeks in England, to which country my mind’s eye only had as yet been introduced. I had formed in Italy and France a resolute preference for old inns, considering that what they sometimes cost the ungratified body they repay the delighted mind. On my arrival in London, therefore, I lodged at a certain antique hostelry, much to the east of Temple Bar, deep in the quarter that I had inevitably figured as the Johnsonian. Here, on the first evening of my stay, I descended to the little coffee-room and bespoke my dinner of the genius of “attendance” in the person of the solitary waiter. No sooner had I crossed the threshold of this retreat than I felt I had cut a golden-ripe crop of English “impressions.” The coffee-room of the Red Lion, like so many other places and things I was destined to see in the motherland, seemed to have been waiting for long years, with just that sturdy sufferance of time written on its visage, for me to come and extract the romantic essence of it.

The latent preparedness of the American mind even for the most characteristic features of English life was a matter I meanwhile failed to get to the bottom of. The roots of it are indeed so deeply buried in the soil of our early culture that, without some great upheaval of feeling, we are at a loss to say exactly when and where and how it begins. It makes an American’s enjoyment of England an emotion more searching than anything Continental. I had seen the coffee-room of the Red Lion years ago, at home–at Saragossa Illinois–in books, in visions, in dreams, in Dickens, in Smollett, in Boswell. It was small and subdivided into six narrow compartments by a series of perpendicular screens of mahogany, something higher than a man’s stature, furnished on either side with a meagre uncushioned ledge, denominated in ancient Britain a seat. In each of these rigid receptacles was a narrow table–a table expected under stress to accommodate no less than four pairs of active British elbows. High pressure indeed had passed away from the Red Lion for ever. It now knew only that of memories and ghosts and atmosphere. Round the room there marched, breast-high, a magnificent panelling of mahogany, so dark with time and so polished with unremitted friction that by gazing a while into its lucid blackness I made out the dim reflexion of a party of wigged gentlemen in knee-breeches just arrived from York by the coach. On the dark yellow walls, coated by the fumes of English coal, of English mutton, of Scotch whiskey, were a dozen melancholy prints, sallow-toned with age–the Derby favourite of the year 1807, the Bank of England, her Majesty the Queen. On the floor was a Turkey carpet–as old as the mahogany almost, as the Bank of England, as the Queen–into which the waiter had in his lonely revolutions trodden so many massive soot-flakes and drops of overflowing beer that the glowing looms of Smyrna would certainly not have recognised it. To say that I ordered my dinner of this archaic type would be altogether to misrepresent the process owing to which, having dreamed of lamb and spinach and a salade de saison, I sat down in penitence to a mutton-chop and a rice pudding. Bracing my feet against the cross-beam of my little oaken table, I opposed to the mahogany partition behind me the vigorous dorsal resistance that must have expressed the old-English idea of repose. The sturdy screen refused even to creak, but my poor Yankee joints made up the deficiency.

While I was waiting there for my chop there came into the room a person whom, after I had looked at him a moment, I supposed to be a fellow lodger and probably the only one. He seemed, like myself, to have submitted to proposals for dinner; the table on the other side of my partition had been prepared to receive him. He walked up to the fire, exposed his back to it and, after consulting his watch, looked directly out of the window and indirectly at me. He was a man of something less than middle age and more than middle stature, though indeed you would have called him neither young nor tall. He was chiefly remarkable for his emphasised leanness. His hair, very thin on the summit of his head, was dark short and fine. His eye was of a pale turbid grey, unsuited, perhaps, to his dark hair and well-drawn brows, but not altogether out of harmony with his colourless bilious complexion. His nose was aquiline and delicate; beneath it his moustache languished much rather than bristled. His mouth and chin were negative, or at the most provisional; not vulgar, doubtless, but ineffectually refined. A cold fatal gentlemanly weakness was expressed indeed in his attenuated person. His eye was restless and deprecating; his whole physiognomy, his manner of shifting his weight from foot to foot, the spiritless droop of his head, told of exhausted intentions, of a will relaxed. His dress was neat and “toned down”–he might have been in mourning. I made up my mind on three points: he was a bachelor, he was out of health, he was not indigenous to the soil. The waiter approached him, and they conversed in accents barely audible. I heard the words “claret,” “sherry” with a tentative inflexion, and finally “beer” with its last letter changed to “ah.” Perhaps he was a Russian in reduced circumstances; he reminded me slightly of certain sceptical cosmopolite Russians whom I had met on the Continent. While in my extravagant way I followed this train–for you see I was interested–there appeared a short brisk man with reddish-brown hair, with a vulgar nose, a sharp blue eye and a red beard confined to his lower jaw and chin. My putative Russian, still in possession of the rug, let his mild gaze stray over the dingy ornaments of the room. The other drew near, and his umbrella dealt a playful poke at the concave melancholy waistcoat. “A penny ha’penny for your thoughts!”

My friend, as I call him, uttered an exclamation, stared, then laid his two hands on the other’s shoulders. The latter looked round at me keenly, compassing me in a momentary glance. I read in its own vague light that this was a transatlantic eyebeam; and with such confidence that I hardly needed to see its owner, as he prepared, with his companion, to seat himself at the table adjoining my own, take from his overcoat-pocket three New York newspapers and lay them beside his plate. As my neighbours proceeded to dine I felt the crumbs of their conversation scattered pretty freely abroad. I could hear almost all they said, without straining to catch it, over the top of the partition that divided us. Occasionally their voices dropped to recovery of discretion, but the mystery pieced itself together as if on purpose to entertain me. Their speech was pitched in the key that may in English air be called alien in spite of a few coincidences. The voices were American, however, with a difference; and I had no hesitation in assigning the softer and clearer sound to the pale thin gentleman, whom I decidedly preferred to his comrade. The latter began to question him about his voyage.

“Horrible, horrible! I was deadly sick from the hour we left New York.”

“Well, you do look considerably reduced,” said the second-comer.

“Reduced! I’ve been on the verge of the grave. I haven’t slept six hours for three weeks.” This was said with great gravity.

“Well, I’ve made the voyage for the last time.”

“The plague you have! You mean to locate here permanently?”

“Oh it won’t be so very permanent!”

There was a pause; after which: “You’re the same merry old boy, Searle. Going to give up the ghost to-morrow, eh?”

“You’re not so sweet on England then? I’ve heard people say at home that you dress and talk and act like an Englishman. But I know these people here and I know you. You’re not one of this crowd, Clement Searle, not you. You’ll go under here, sir; you’ll go under as sure as my name’s Simmons.”

Following this I heard a sudden clatter as of the drop of a knife and fork. “Well, you’re a delicate sort of creature, if it IS your ugly name! I’ve been wandering about all day in this accursed city, ready to cry with homesickness and heartsickness and every possible sort of sickness, and thinking, in the absence of anything better, of meeting you here this evening and of your uttering some sound of cheer and comfort and giving me some glimmer of hope. Go under? Ain’t I under now? I can’t do more than get under the ground!”

Mr. Simmons’s superior brightness appeared to flicker a moment in this gust of despair, but the next it was burning steady again. “DON’T “cry,’ Searle,” I heard him say. “Remember the waiter. I’ve grown Englishman enough for that. For heaven’s sake don’t let’s have any nerves. Nerves won’t do anything for you here. It’s best to come to the point. Tell me in three words what you expect of me.”

I heard another movement, as if poor Searle had collapsed in his chair. “Upon my word, sir, you’re quite inconceivable. You never got my letter?”

“Yes, I got your letter. I was never sorrier to get anything in my life.”

At this declaration Mr. Searle rattled out an oath, which it was well perhaps that I but partially heard. “Abijah Simmons,” he then cried, “what demon of perversity possesses you? Are you going to betray me here in a foreign land, to turn out a false friend, a heartless rogue?”

“Go on, sir,” said sturdy Simmons. “Pour it all out. I’ll wait till you’ve done. Your beer’s lovely,” he observed independently to the waiter. “I’ll have some more.”

“For God’s sake explain yourself!” his companion appealed.